To the Moon Review: A Violent, Surprising, and Reality-Blurring Psychological Thriller 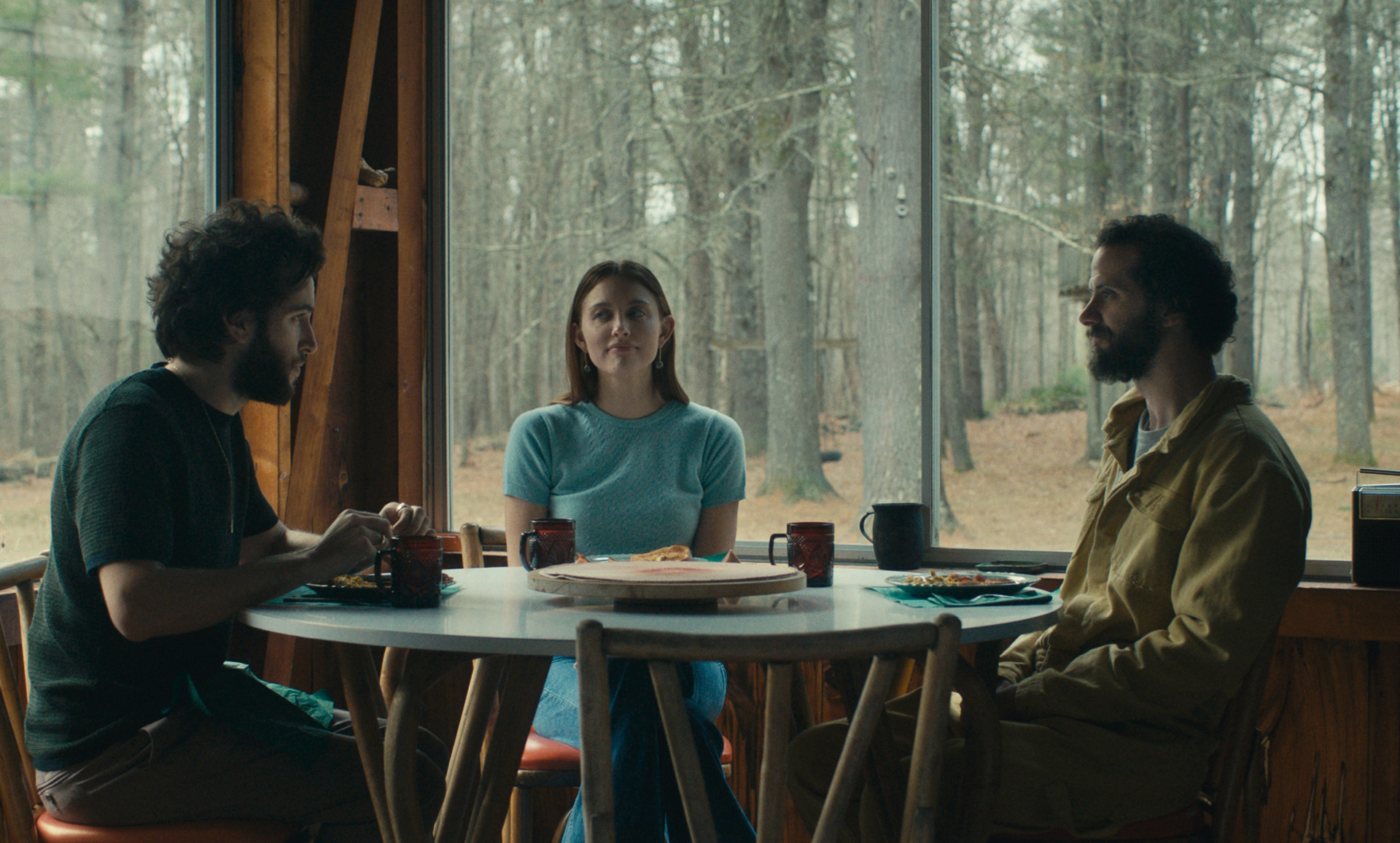 “Malevolent” is the word Dennis (writer-director Scott Friend) uses to describe his estranged brother Roger (Will Brill). That’s quite the adjective without context, but one that quickly seems to fit as more details begin surfacing. There’s a medical book in their parents’ old home—which now belongs to them both equally—that Dennis’ wife Mia (Madeleine Morgenweck) finds defaced with a child’s drawings that make it seem Roger wasn’t happy to be getting a brother. Talk about where the elder sibling has been gleans the fact that part of his absence was spent in a hospital (we can only assume mental). He says it’s all in the past. That he’s a “new man” reborn. Mia didn’t know him previously, so he appears genuine now. Dennis has reservations.

What we learn very early in To the Moon, however, is that Dennis isn’t in a state of mind that earns him much latitude with gut feelings or the benefit of the doubt. He’s an actor battling addiction who was just fired from his television gig, is being ghosted by his agent, and wonders if his marriage is falling apart. The latter deals from the reality that this isn’t the first time he’s let his demons upend their lives and things are much more dire now due to a recent miscarriage. That’s why they’ve come to this isolated cottage upstate—to unwind, deal with the inevitable withdrawals that come with kicking a habit cold turkey, and perhaps reigniting their romance. They weren’t expecting Roger’s participation.

Add a patch of wild berries Dennis doesn’t remember from his childhood and the line between reality and hallucination blurs from more than the usual pitfalls of recovery. Roger says they’ll help—that he makes tea out of them and drinks it regularly. Is he telling the truth? Or is he slowly drugging his brother and sister-in-law to serve a hidden agenda? Friend is all about the potentially nefarious duality of his characters’ actions, creating scenarios that can’t help but be seen differently depending on the vantage point. Is Roger just having fun when dancing with Mia? Or is he asserting authority over Dennis? What about the hole he’s digging and filling with poison? Is it for an infestation of beavers? Or to finally erase Dennis from existence?

We’re supposed to believe Dennis. He’s the “normal” one. Yet his current psychological impairment, complete with nightmarish delusions that bleed into his waking life, makes it tough to do so blindly. And we’re told to question Roger’s motives because he’s the unstable one. Yet—besides some obvious eccentricities—he’s nothing but kind, supportive, and generous. Only when an argument breaks out do we start to see the cracks, but the reason they appear is because Dennis has intentionally provoked his brother into unleashing what he knows is hiding beneath. What if it’s not, though? What if Roger truly has changed thanks to meditation and religion? Dennis wants to be okay so badly that he’ll sabotage his brother’s wellbeing to prove it, but he’s only fooling himself.

The film unfolds with sharp cuts from evening to morning often punctuated by Roger and Mia’s laughter. Are they laughing about Dennis? Are they conspiring against him? He thinks he hears voices at night and knows he’s seen red cloaked figures wandering in the woods; it’s not a stretch for his already troubled mind to imagine some elaborate scheme to ruin his life. Except what purpose would Roger have to do that? Thus w’ere always questioning whether this is an opportunity for a clean slate that’s being ruined by Dennis’ poor health or Roger’s long-awaited opportunity to do what he’s wanted to do since they were boys. And Mia is caught in the middle, wanting her husband to lean on her despite constantly being shown he won’t.

There must therefore be more bubbling under the surface. Maybe the psychological thriller aspects are purely in Dennis’ mind due to the guilt and shame of who he’s become—paranoid, selfish, entitled. This potential always looms since he’s so intent to reveal Roger as crazy that he can’t help but prove he’s the one who’s lost his footing. Dennis neither wants to talk about the issues that have driven a wedge between him and Mia nor does he want to confront the fact that his past with Roger could be so far behind them that it’s not even worth mentioning. So here he is: firmly planted in a present that does him no favors, clinging to hopes and aspirations that he has destroyed time and time again.

Friend handles the confusion and tone very well for the first two-thirds of the runtime. We’re locked in a perpetual state of flux with accepting reality or acknowledging that we might be caught in Dennis’ worsening state of impairment. Suddenly we’re unsure if he’s dreaming at all since the trio seems to be experiencing a shared psychosis and thus tripping because of the berries rather than detox. And what about the heroin in Dennis’ pocket? Did Roger put it there? We can’t know. Dennis is so far gone and entrenched in his addiction that he could very easily have lied to everyone (including himself) about disposing of his stash, deluding himself into believing he’s being messed with so as not to admit he’s to blame.

It’s so well-paced that the final twenty minutes hit with an urgency I wasn’t expecting. I knew things had to wrap up eventually, but going from a leisurely walk to fifty-yard dash on a dime supplies the kind of whiplash that makes you question whether you missed something along the way. Friend takes us exactly where he must and delivers on a throwaway line from the first half of the film to provide a violent (albeit unsurprising) climax, but that abrupt shift almost feels like a disservice to the rest by not letting us absorb the carnage. We’re forced to accept it sight-unseen before the credits roll and we’re ushered from the theater. Fumbled landing or not, however, To the Moon does ultimately succeed.

To the Moon hits VOD and Digital HD on September 20.