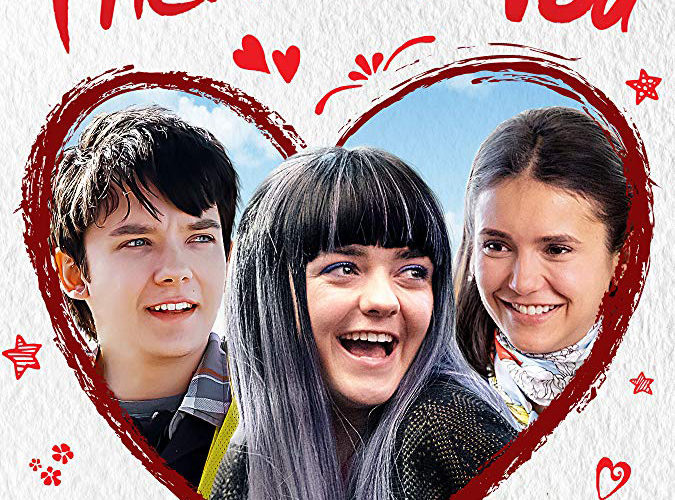 Review: ‘Then Came You’ Puts a Spin on Rom-Com Tropes in Empathetic Ways

The premise behind Then Came You is a tough sell. A hypochondriac attends a support group for people dying of cancer, befriends one said person, and helps her fulfill a demented bucket list while allowing her lack of boundaries to shove him into the arms of the woman he’s been too afraid to ask out. It’s a sort of rom-com spin on Fight Club‘s Jack and Marla getting off on others’ sorrow for the tween sect. There will be initial confusion at the film turning an incurable disease cutesy, disdain for its apparent use of death as an opportunistic avenue towards confidence, and revulsion in thinking the filmmakers might turn the tables and have their lead fall for the wildly eccentric girl who’ll be dead by the end.

Here’s the thing, though. While director Peter Hutchings and writer Fergal Rock have very much delivered the material that allows this weariness, they’ve also dug themselves out of it. Whether our preconceptions are the product of a marketing strategy leaning too hard on the comedic aspects of what’s happening or not, there’s more compassion, authenticity, and empathy involved here than meets the eye. So stick with it despite any misgivings because the narrative is working its way towards revealing context for these characters’ seemingly contrived relationship. Calvin (Asa Butterfield) does have a reason for believing he’s destined to die young. Skye (Maisie Williams) is ultimately hiding the emotional and psychological trauma of her fate. And their friendship — while unorthodox and cemented almost instantly — is far from convenient. Calvin is positioned as the lead because he’s not dying and thus will still be here at the end. Since that’s the only thing separating him from Skye, the two should be considered on equal footing here. This is important because the last thing Then Came You needs is its audience believing she’s some sort of guardian angel using her last days on earth to get a shy introvert laid. Whether that endgame occurs (Nina Dobrev’s flight attendant Izzy is the object of his baggage handler’s affection) is inconsequential. The same can be said about Skye’s list of craziness like shoplifting, getting arrested, and punching someone in the face. These are merely excuses to ignite an internal fire neither has stoked in a very long time.

Their parents might not understand why this stranger has appeared out of thin air, but they notice the effect. Calvin’s father (David Koechner) and brother (Tyler Hoechlin) witness as he escapes what seemed like an impenetrable shell of anxiety and Skye’s parents (Sonya Walger and Colin Moss) watch as their daughter lights up with the purpose she lost after distancing herself from the childhood friends (Peyton List’s Ashley) she thought would trade love for pity. What’s more is that Hutchings and Rock introduce an unrequited romantic interest for Skye early to push aside any worries the parents (and we) have about them crossing a line with their leads’ platonic bond. Once that’s off the table they can delve into the tougher subject matter necessary to draw us closer. This is when we learn about Calvin’s family tragedy and when Skye’s mortality shatters her defenses to craft a more personal list so she can get the important things in order. The filmmakers use a lot of rom-com tropes throughout whether it be Calvin practicing what to say when he calls Izzy or causing characters pain via amorous betrayals outside of their control, but they mostly do so with intent and subversion. The latter brings with it some welcome laughter (even if using the “cancer card” to get Ken Jeong and Briana Venskus’ police officers’ sympathy on their side is problematic on paper) and a strong enough through-line to move us from the frivolities of not giving a crap to the debilitating and sobering reality of what’s next.

We can finally see behind the curtain of genre clichés once the drama begins its ascent towards an apex unafraid to turn on the waterworks. There are consequences to these teens’ actions and they aren’t the kind to simply be fixed. Calvin and Skye are unwittingly using the other to fill a void that made them into who they are at the start. They become the people they lost in order to strengthen themselves up before losing each other again. This time it will be on their terms, though. This time they know what they’re walking into together even if they may need some reminders along the way when the pressure and sadness reappears. And it may even surprise you how touching some of those nudges forward prove. There are some solid supporting performances in small dramatic doses (Koechner, Hochlin, and Walger) and comedic ones too (Jeong, Venskus, and Tituss Burgess do well in mostly thankless roles), but the topline trio is where Then Came You is at its best. Dobrev’s Izzy is somewhat two-dimensional as the love interest stand-in equivalent to Skye’s bucket list, but who she is and her unique experiences have greater impact than that purpose presupposes. Butterfield holds his own as the de facto lead with the right amount of malaise and embarrassment to offset Williams’ unbridled spunk before loosening up and owning a personality worthy of the potential redemption a brief epilogue teases. It’s Williams who becomes the whole’s beating heart, though. She’s a perfect mix of unpredictability, electricity, and pathos.

The final result isn’t without flaws, but it’s so much more than appearances presume. And while the third act is its strongest, I’m not certain it would prove as effective as it does without everything that comes first. Even those throwaway moments with the pushover police have more to say than the easy laughs they conjure — corny or not. You may actually find yourself wishing for those overly sentimental sequences when the heavy melodrama hits because it arrives without warning and sticks to the end. That weight says something about Calvin and Skye’s central characterizations since they meet under such weirdly specific circumstances. Seeing them recognize that they need the other as much they’re needed by him/her goes a long way to believing their inseparability is real.

Then Came You opens in limited release on February 1.