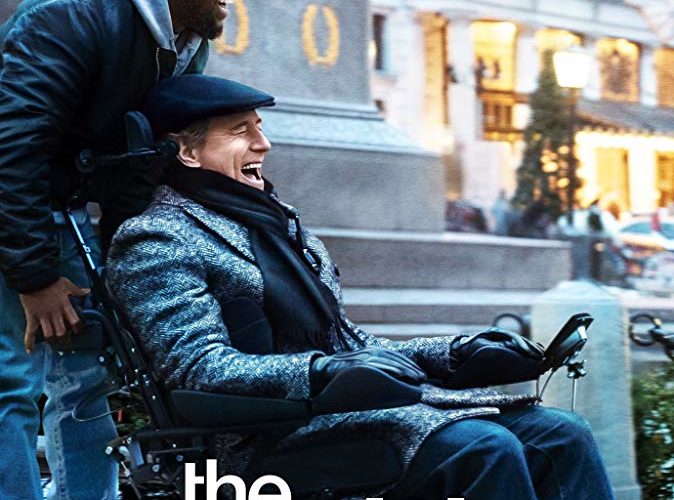 Review: ‘The Upside’ is an Anemic Remake Jolted by Comedic Chemistry

Hearing the logline for The Upside one might be forgiven for assuming that they could predict the beats of the film act by act. After all, after viewing nearly a century of films in which two men from vastly different racial and economic backgrounds are forced together through the machinations of outrageous fortune, how much variation can really exist anymore? Green Book, which tilled similar ground less than three months ago, was practically a primer on what we could expect from The Upside. Hilarious and insightful misunderstandings; jolly sojourns into one another’s lives; dramatic misunderstandings that lead to greater empathy; and eventually a realization that we humans aren’t so different from one another.

Shockingly, The Upside—which pairs Kevin Hart and Bryan Cranston as a fast-talking ex-con Dell and a quadriplegic billionaire Phillip, respectively—does find a way to subvert these expectations. Bafflingly, it does so not by turning these clichés on their head, or by meta-textually addressing them as they occur. No, instead this remake of the French mega-hit The Intouchables decides that the best way to avoid cliché is by having not much of anything at all happen. Ever. Sure, characters come to know one another, and some mild misunderstandings happen here and there, but the fallout or impact of these actions is either minor and quickly forgotten, or simply nonexistent.

Take, for instance, a plotline the involves a stolen first edition of Huckleberry Finn. Before his interview for the job of live-in caregiver—or “life auxiliary”—Dell impulsively steals the book from Phillip in order to give to his own son for his birthday. Later, Phillip mentions how the book was a gift from his late wife. Dell then tries to get the book back, quietly, but his son outs him to Phillip. And then… nothing. Phillip magnanimously forgives and forgets, and suddenly an hour and a half of admittedly blasé buildup results in… nothing.

This kind of lackadaisical plotting and resolution saturates The Upside, as though director Neil Burger and writer Jon Hartmere were terrified of mishandling any emotional or sociological beats and thus decided to simply avoid them. The camerawork seems to be attempting to make up for this obviously anemic screenplay, engaging in a handheld, at times documentarian style that makes it feel as though the plot should be more naturalistic and organic than it is. It is distracting, but in most cases it’s the only interesting thing happening on screen.

What rescues The Upside from being utterly interminable and stultifying is the performances of its leads. While Phillip and Dell never precisely grow as characters, and thus offer Cranston and Hart little chance to do too much heavy lifting, the two have an easy comedic chemistry that sends the occasional jolt. Many lines of dialogue were obscured by peels of laughter from my fellow theater-goers. Even a cringeworthy scene involving the necessary removal and reinsertion of a catheter benefits from Cranston’s impeccable delivery of the ancient, groaningly over-played “that’s what she said.”

The Upside is a movie so safe that it barely exists, like a pool so scared of people drowning that it aspires to little more depth than a wet spot on the ground. It introduces a presumably important subplot so late that it barely exists before it has been resolved, and wraps up the supposed arcs of its characters with such brevity and perfunctoriness that you feel cheated until it hits you that you can’t conceive of what else the movie could do to expand on them given what we’ve learned. Yet, Hart and Cranston seem committed and work their magic to sometimes allow the movie to spring to life, and for some people, at this time of year, in this political climate, that might be all they want. Sitting in a park watching ducks swim is safe, boring, but sometimes utterly fulfilling and amusing in its own weird way. Who am I to judge?

The Upside is now in theaters.