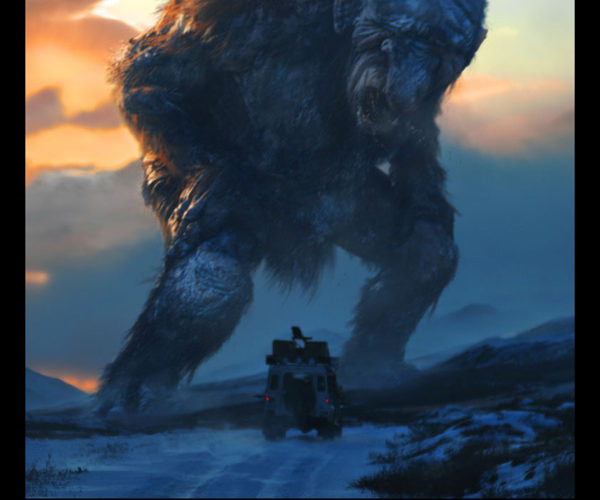 “Fairy tales don’t match reality,” warns the cryptic troll hunter at the heart of this inventive adventure, and it’s true. What lies in wait in the isolated regions of Norway is not the clothing-wearing funny-haired scamps of children’s stories, but something dangerous and wild.

The first feature from Norwegian writer/director André Øvredal, best known as a prolific director of commercials, Troll Hunter is an exciting adventure in the vein of Jurassic Park that transforms snarky incredulity into re-ignited childlike wonder. Centered on a group of college students looking to make a documentary on the bear problem plaguing rural Norway, their investigation leads them to follow an elusive poacher. One night deep in the woods, they see bright flashes of light before this gruff stranger comes barreling through the trees hollering, “Troll!” The frightened co-eds flee, running from something they’d long-thought a myth: a troll, huge, angry and violent.

Shortly after the troll hunter (Otto Jespersen) dispatches this awe-inspiring giant, he reveals that Norway has long had a problem keeping the trolls in check and secret from the public. He’s tired of his thankless job, so agrees to let these eager film students into his world. The story unravels with a smart sense of humor and an enthralling sense of adventure. The doc crew is spurred on by the fearlessness of youth, making their follies all the more relatable and tragic, and Jespersen, a heralded comedian in his native land, plays the Quint to their Brody, knowingly laying out traps and shouldering sunlight-firing cannons to turn these towering behemoths into stone or just blow them up. If this sounds absurd, it’s supposed to. Even the central figures, jaded twentysomethings as they are, repeatedly refuse to accept what’s before their eyes. But as the wonderfully madcap movie science stacks up, they shed their hip ambivalence and gleefully pursue the biggest troll of them all.

Though shot in the found-footage aesthetic, the film has more in common with the mockumentaries of Christopher Guest than the conventions of the horror genre that’s been the most recent convert to the vérité style, for while this is a monster movie, it’s one of adventure and wonder over violence and terror. Both delightfully cheeky and unabashedly earnest, The Troll Hunter is a rollicking ride that will make you feel like a kid again.

The Troll Hunter is currently On Demand.