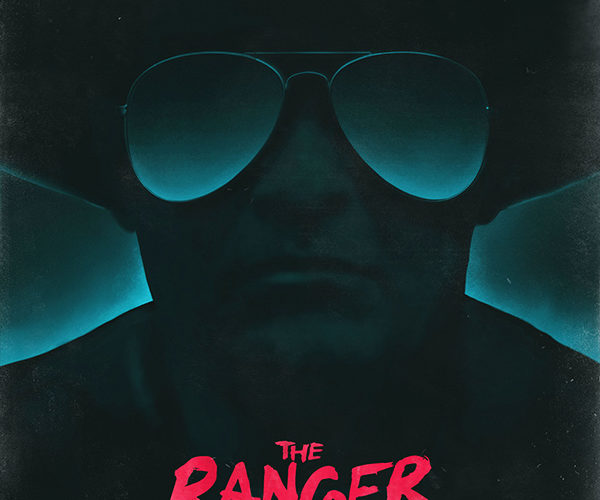 Review: ‘The Ranger’ Turns the “Final Girl” Trope on its Head

Chelsea (Chloe Levine) is introduced looking the part if not quite one hundred percent committed to the zero consequence, wild lifestyle those around her have embraced as their core identity. Punk rock blasts from the stage of a hole-in-the-wall venue that’s probably not actually open to the public considering an eventual police raid shutting it all down. Her friends consider themselves a family who do everything together whether getting wasted, stealing drugs at knifepoint, or stabbing cops to get away. They protect one another from the “pigs” of the world, embracing their anarchist ways until blood comes pouring out punctured eardrums. And they’ve adopted Chelsea’s lost soul into the mix regardless of her ability to acknowledge her presence as more than a tourist hiding from herself.

When director Jenn Wexler and co-writer Giaco Furino place their lead character in a tight corner and let her boyfriend Garth (Granit Lahu) get creative with his blade, Chelsea does show a glimpse of something beyond her obvious discomfort. As someone quick to chastise the group (rounded out by Jeremy Pope’s Jerk, Bubba Weiler’s Abe, and Amanda Grace Benitez’s Amber) for taking her things without permission so as not to be implicated in their criminal activities or let them see personal details of her life before leather jackets and pink hair, her inability to pull the trigger when pointing a gun at someone who means her harm should feel natural. And yet it’s not fear stopping her. It’s hesitation. She’s more than willing, but decides to stop. It’s this small moment that ensures The Ranger won’t be another slasher flick with a psychopath murdering rowdy kids in the woods. Wexler and Furino haven’t crafted a new iteration of the “final girl” trope — they’ve turned it on its head. Rather than set Chelsea up to narrowly and impossibly survive as the one to tell what happened in the darkness, they’ve revolved the story around her with a wonderfully confounding prologue of a little girl (Jeté Laurence) and the State Park Ranger (Jeremy Holm) who cared. With over-saturated colors as though a dream, we wonder what exactly the relationship between these two figures is considering her solemn expression and his almost giddy delight. Should we hope these two remain together forever or that she immediately breaks free?

Considering the film’s title, we’ll most certainly get our answer. And when Garth’s impulsiveness puts them on the run, where better to hide than the woods where little Chelsea used to eat her crust-less sandwiches? Here she is — a sheep in wolf’s clothing — guiding a band of misfits and screw-ups led by a self-centered prick with no regard for rules, decency, or compassion of whom she ostensibly loves. Those drug-addled partiers risk damaging the last good memories she has of her late uncle’s (Larry Fessenden) cabin while she tries basking in the calmness she’d almost forgotten existed after so long in the city. Then a gunshot rings out to wake her from that fantasy. We remember the “Missing” posters and realize that coming here might have been unwise. Because what if Chelsea is actually a wolf in sheep’s clothing? What if that brief vignette at the start was a troubled mind repressing darkness to survive? Once she and the group reach the woods and run into that same ranger, sharply pained images begin to come into focus. Little by little Chelsea recalls what happened to put them on their parallel path so many years earlier and why his presence today could prove just as menacing as it might be helpful once tragedy strikes. And it will strike: fast, hard, and without remorse. The slasher aesthetic so lovingly recreated does therefore remain, but things don’t end when the breathing stops. This film is about ownership of one’s actions. It’s about accepting that which you cannot run from.

No matter how dark that reality appears, however, The Ranger is also very funny. Whether these hooligans’ destructive actions and imperviousness to shame or Holm’s unnerving, Patrick Warburton-esque performance wherein the blank stare accompanying the latter’s doofiness is replaced by a sociopathic need to be guardian to the land the former swore an oath to protect, we can’t help letting out uneasy laughter now and then. The violence is so matter of fact despite the absurdity of the situation; the punks’ fear of the unknown so naïve upon our recognizing how much these kids who live to disrespect authority actually need that authority to be real in order to survive their own antics. And Chelsea is caught in the middle, choosing between her disguise and the unavoidable truth. Levine is great in the role: the sole three-dimensional character amongst them who isn’t merely entrenched in an authentically packaged stereotype just left of farce. Garth is a dick, Amber a flirt, and Jerk/Abe the loving couple contrasting Chelsea’s more incendiary relationship while also providing superficial empathy as a means to avoid awkward moments rather than diffuse them. Holm’s Ranger follows suit as a warped Smokey the Bear taking his duties way too seriously. So we need Chelsea to be the straight man opposite their off-the-wall insanity because she’s the only one who can provide us clarity in the aftermath of her two worlds colliding. Levine lends pathos to the role so we can sympathize with her predicament and cheer for her empowerment despite where its path leads.

Like Chelsea, there’s a lot going on beneath the film’s surface. Wexler uses horror tropes as a mask for a poignant look at identity and finding the strength to wield it as a weapon rather than hiding it away to fit in. And she isn’t afraid to show this truth through the cracks of her jump scares and gore, letting characters like Garth play the fool so his moment of bald honesty when alone with Chelsea towards the end can resonate all the more. These kids are using their punk lifestyle as a means to escape too. But where they escaped from what they didn’t want and couldn’t be, she sought camouflage in hopes it would stick. It’s only fitting that violence would ultimately bring everything flooding back.

The Ranger opens at NYC’s IFC Center on August 17 and L.A.’s Laemmle Theatre on September 7.