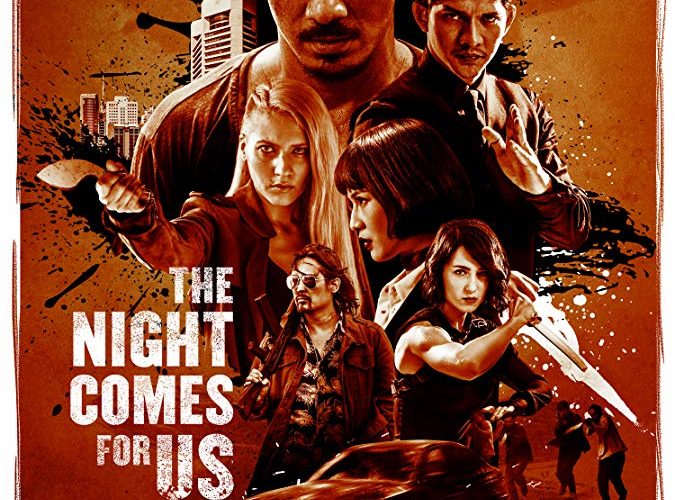 Review: ‘The Night Comes For Us’ Carves a ‘The Raid’-Esque Tableaux of Carnage

When considering writer-director Timo Tjahjanto’s new film, it will be difficult to omit two words: The Raid. Similarities between the two certainly have their veracity, with overlapping stars and head-cracking choreography at the forefront of these comparisons. Akin to The Raid 2 in particular, Tjahjanto blends emotion and scale with close-quarter savagery to craft an experience both exhilarating and exhausting. Yet The Night Comes For Us manages to carve its own brutal path, leaving in its wake a pile of bodies and a measure of emotional heft that stand as its own achievement.

Ito (Joe Taslim) is a member of an elite Triad force known as The Six Seas. When tasked with massacring a small village for respect, Ito has a change of heart in the form of a young girl. Surrounded by the fresh corpses of her parents, she represents a glimpse of a new life, one Ito cannot resist pursuing. With the pair now on the run, the Triad call upon Ito’s old friend Arian (Iko Uwais) to eliminate and replace him. But first, blood must be shed, and what comes next is a two-hour symphony of utter brutality. If Tjahjanto’s previous film Headshot was about salvation through love, then The Night Comes For Us is about redemption, whatever the cost.

For Ito to achieve his deliverance, he has to do what any protagonist in the genre must: crack skulls. Here, it is a ton of skulls, and Tjahjanto presents a tableaux of carnage so visceral you may just “get high on murder.” Indeed, the action on display in The Night Comes For Us feels like the fever pitch of onscreen slaughter, each moment played like a pressure cooker with the dial snapped off. It’s pure celluloid cruelty, with fundamentally good people encountering innate sadism. Yet Tjahjanto knows how to load different action beats with varying levels of intensity (visually and aurally) so as not to perpetually exhaust the viewer. There is a constant focus on spatial coherency, and a rhythmic ebb and flow punctuated with gore gags, as sequences build and release tension. Tjahjanto calibrates each of these beats to execute the desired effect — whether it be to establish menace, develop story, or convey emotion — and for every moment of bloodlust, there is a recognition of the immense toll this violence takes.

This toll is internalized by Joe Taslim, his face quaking with dismay and anger, regret and determination until they all erupt outwardly. Taslim’s facial acting is phenomenal, recalling silent-era stars as he conveys emotions on a colossal scale. These displays extend to his entire body, as the acts of violence and motion are — at their core in all action cinema — the most raw physicalization of these feelings. With a crazed, bloody smile Taslim devours the screen in his unrelenting quest for redemption. Countering his mania is Julie Estelle, whose perfect calm in situations of extreme violence makes her equally compelling, if a touch underdeveloped. As always, Iko Uwais moves like butter, and tugs real pathos from Arian, a conflicted rogue with emotional ties. It is truly astounding the way these performers dial in their intensely physical acting as their characters grow tired, sustain injuries, and feel desperation, anger, or sadness. They shift or maintain momentum, and externalize each beat with force.

Tjahjanto’s visual grammar combines fluid takes of slaughter imbued with the nervous energy of improvisation. Amidst the murder are splashes of expressionism through manipulations of light, and a wealth of visual references from graphic novels to Peckinpah and Hitchcock. Tjahjanto also recalls the digital cinema of Michael Mann, coupling the sounds of conversation with night photography of industrial complexes, light glinting off the surfaces of a vehicle as it glides along the road. These reference points illustrate Tjahjanto’s fixations with tension and violence, and while the film contains some faulty editing, it adds to its rough medley of ideas and images.

Before its close, The Night Comes For Us stages a brutalizing and exhausting final fight for the ages. Bodies crack and bruise, and the word punishment finds a new visual definition. Indeed, the physical toll is so jaw-dropping it almost completely eviscerates the purpose of the journey. This showdown has an emotional foundation tied to the central theme of redemption, and its connection to memory. In one image, an idyllic painting of a beach hangs on a dusty wall, in summary: release from suffering is a lovely thought, but in this life of violence, redemption may just mean dying as nobly as you can. If this is your final shot, you better be damn sure it means something, and if there’s one thing The Night Comes For Us does in spades, it makes it count.

The Night Comes For Us hits Netflix on October 19.