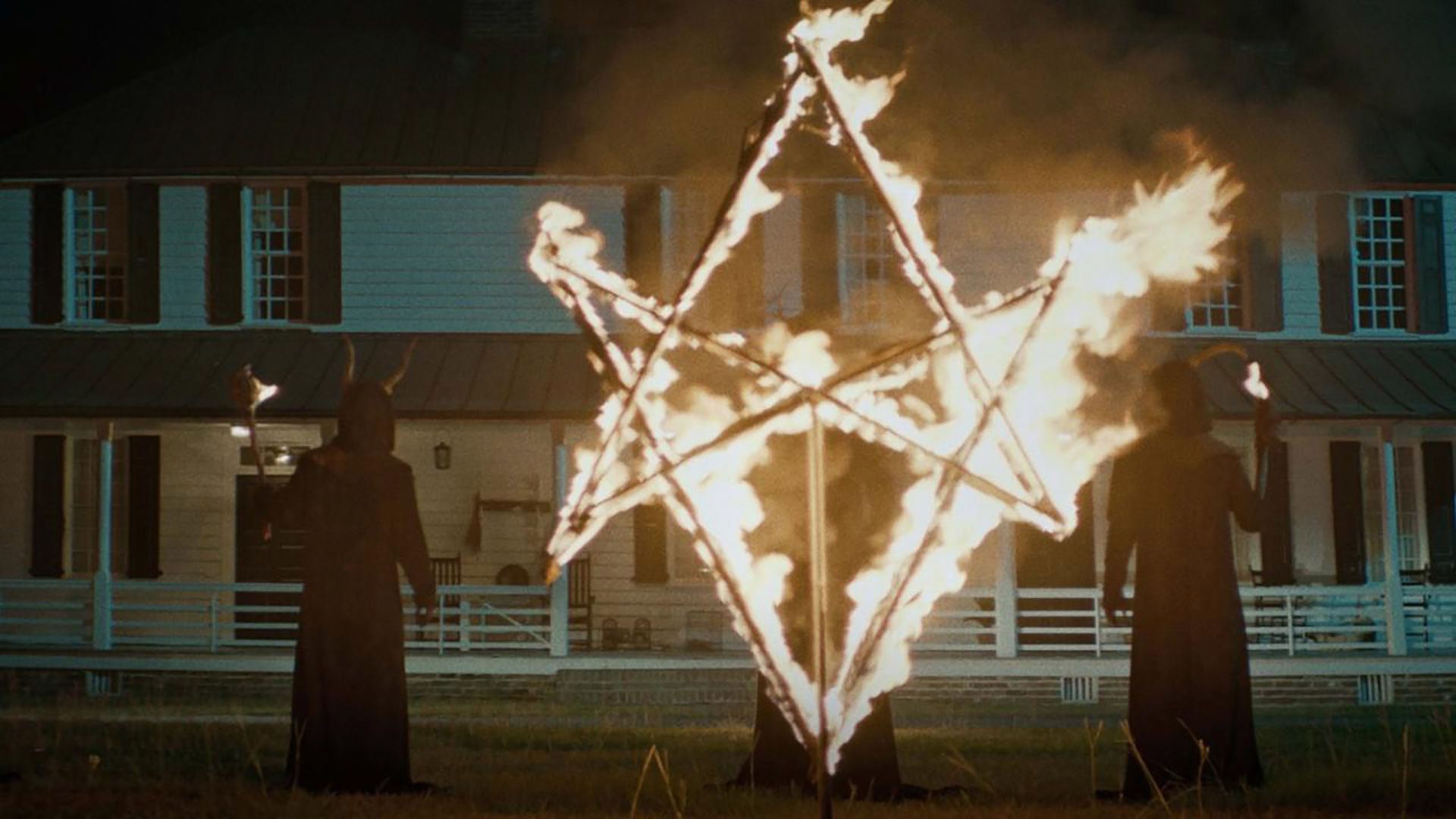 Grace Covington (Scout Taylor-Compton) wants nothing more than to find her birth parents. We’re told her former foster child has been looking for quite some time, perhaps helped in part by her Princeton-graduate, Hamptons-vacationing jock of a boyfriend’s (Nolan Gerard Funk’s Jack) money. Well, she finally has a lead thanks to the owner (King Orba’s Frank) of an old plantation down in Charleston—apparently near where she was born. He’s invited her to come stay and hear what he knows to point her in the right direction. Jack agrees to accompany her despite seeming like the kind of guy who’s never gone below the Mason-Dixon line in his life, declaring his undying love before throwing her to the wolves that are his parents on the way down.

It’s the usual introduction for this type of film: urban comfort making way towards backwoods anxiety. Director Rich Ragsdale and screenwriters Mark Young and Robert Sheppe even go so far as teasing the horrors to come by sharing a quick glimpse of Grace screaming before picking back up at a gas station helmed by a lecherous hick with a perpetual smile. It’s there that we see the first instance of an occult symbol representative of what the title The Long Night means. Grace initially seems intrigued by the shape. The more she lingers, however, the more her interest turns to uncertain familiarity. Has she seen it before? Is it triggering a memory from her unknown past? Whichever it proves, we can be sure it’ll only grow more prevalent.

Which is a good thing; this supernatural demon cult is the best part of the film. Unfortunately, they’re nothing more than generic bogeymen until the filmmakers decide to finally let Grace (and us) in on their true purpose. For a full hour the title means nothing more than face value: we’re in for an arduous evening of atmospherically repetitive machinations as Grace and Jack desperately try to understand why this empty plantation is surrounded by a group of animal skull-wearing weirdos in cloaks. It’s only the final 30 minutes where we hear the name Uktena and learn a bit about why Grace keeps seeing snakes everywhere she turns. That’s when she realizes they could have killed her hours ago. Why didn’t they? You won’t need many guesses.

I should tell you now—it’s not really a spoiler—but I won’t, as the filmmakers apparently believe it is. The whole would probably work better if we knew everything from the start. That way we could invest in who Grace is and why the Master (Deborah Kara Unger) has the power to fold a human body in on itself just by raising her hand. Instead we’re meant to care about a random woman who has horrible taste in men (Funk is actually a lot of fun, leaning into just how toxic the unearned confidence and entitlement of rich white men can go) and is seemingly being terrorized by random rednecks readying to feast on city blood. It’s an impossible sell when killing them delivers better entertainment.

That’s why Jeff Fahey is given five minutes of work. As Ragsdale and company knew they had to raise the stakes somehow, they found a way to bring in an expendable outsider to serve as buffer while keeping the tourists alive. Is it enough to compensate for how stagnant the rest is? No. All his inclusion does is distract us for a few minutes until the moment to sprinkle in another nightmarish vision for Grace arrives. Despite becoming redundant fast, those brief journeys into the “woods” did pique my interest. Ragsdale allows himself to be creative with light, color, and sound as Grace becomes severed between reality and imagination. (Or is it present and past?) Sadly, the payoff still remains out of reach.

Grace screams. Jack provokes. The Master raises her hand to point. And the camera moves from one to the other and back again until someone finally decides to end the foreplay. But rather than reach a climax we get a monologue. I almost typed that it “fills in the blanks,” but what it really does is give us everything contextual that we needed 90 minutes prior. Treating it like some big reveal doesn’t excuse the fact that it’s not. This is especially true when you’ve been waiting so long that you don’t even really care why everything is happening. You just want an end. I’ll grant that the imagery during this quick repository of information is captivating enough, but the drama is nonexistent. The narrative simply chugs along.

It should matter who The Master is and why Grace was brought into her clutches. Yet plot is but an afterthought. It exists to pretend as though what happens wasn’t just an excuse for horror vibes that may or may not be sufficient depending on each audience member. The mythology is thrown at the screen in the eleventh hour as a “Gotcha” but feels more like an “Oops. Almost forgot.” Everyone involved does the best with what they’re given, though, perhaps saving The Long Night from being even more forgettable than it already is. The script does none of them any favors by fearing its own mythology and hiding it in a way that makes it seem like it has none. The trailer conversely doesn’t. Watch it instead.