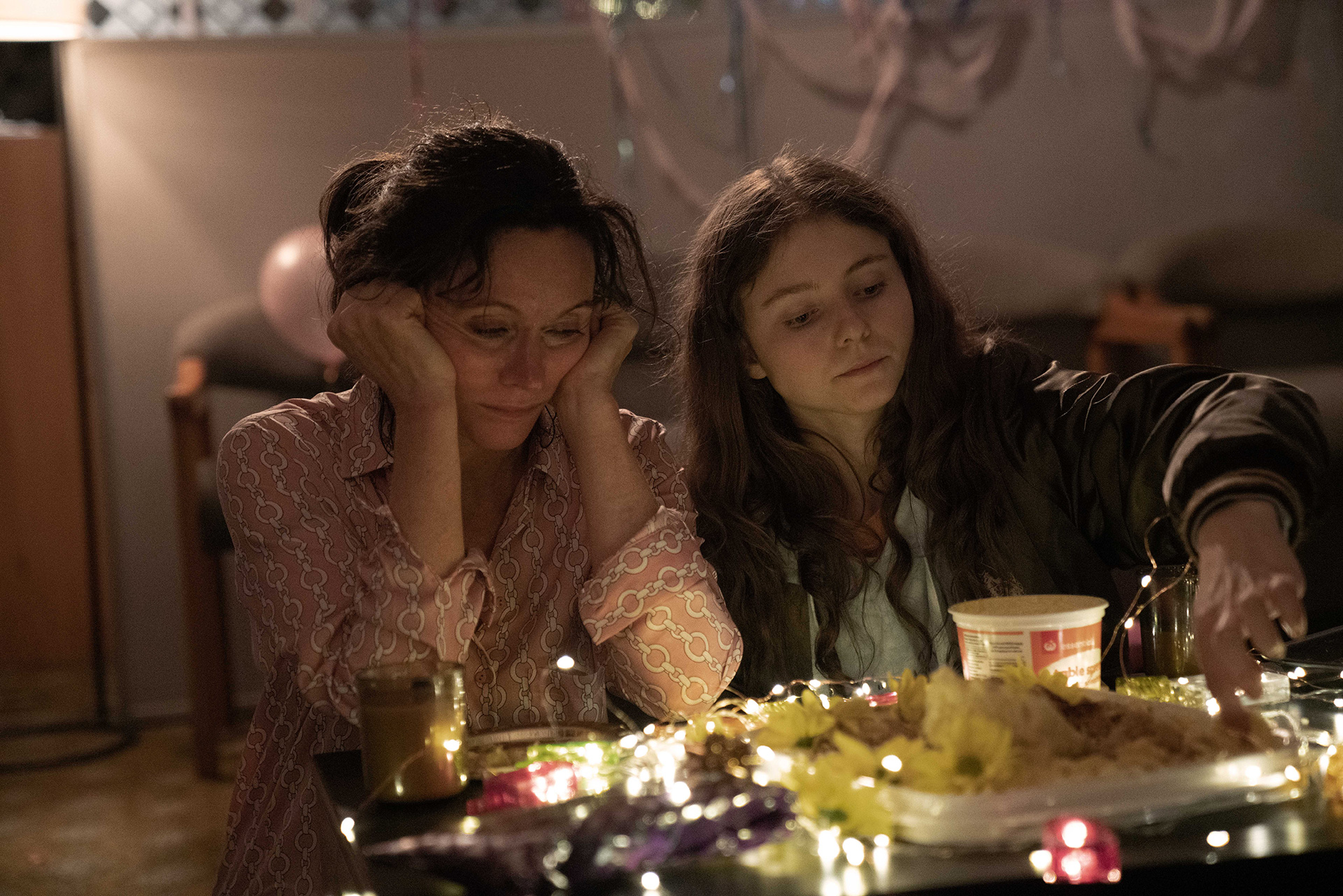 There’s a crucial point of clarity in the director’s notes for The Justice of Bunny King wherein director Gaysorn Thavat admits one of her goals for the film was to never let its main character become a victim. Bunny (Essie Davis) is obviously struggling with an unnuanced system of legality that’s left her on the streets without custody of her kids, but she harbors zero regrets where it comes to the actions that brought her to this point. Yes, she served time for manslaughter, but killing her husband was the only way to protect her children from his abuse—abuse that left young Shannon (Amelie Baynes) with permanent disabilities. It wasn’t therefore a choice. It was a necessity. Nothing trumps her family’s safety. Not even Bunny’s own happiness.

We witness this truth early on courtesy of a moment Bunny simultaneously wishes she never saw and is extremely glad she did. It comes the day after her brother-in-law (Erroll Shand’s domineering Bevan) agrees to let her turn his and Grace’s (Toni Potter) garage into a living space that may just be enough for child services to give her back custody of Shannon and Reuben (Angus Stevens). Between a volatile housing market and her inability to find stable employment (Bunny isn’t one to back down to authority), all she can really do right now is clean windshields for spare change at a major intersection. So, this development is huge. Yet all that excitement can’t compare to the rage upon seeing Bevan inappropriately touch Tonyah (Thomasin McKenzie), his stepdaughter.

Bunny is brought back to square one in an instant because Tonyah doesn’t know what to do and Grace is too brainwashed to believe her husband is that bad. It’s even more painful due to Shannon’s birthday coming up and her promising they could spend it together (an impossibility without a livable home). Desperation leads to bad decisions—the kind that risk the security of those willing to help her (and there are many kind souls who know she’s had a bad rap and deserves better) and stacking the deck against her even higher than it already is. She lies about housing. Squats in a palatial condo. And even drops by unannounced at her kids’ foster home. Bunny isn’t thinking straight, and her charm only goes so far.

Thavat and screenwriter Sophie Henderson don’t beat around the bush as far as the message that exists at the back of this story. Whenever Bunny visits child services, she’s treated like a criminal rather than a mother praying for a miracle. And someone always tells her it’s “their job to protect the children.” While true, it belies the reality that Bunny is nothing but a number to them. She’s a name on a file containing the word “manslaughter” and thus a name they aren’t rushing to assist. Why? Because they’re blind to context. Their protocols render it inconsequential that Bunny became a criminal to protect them too. And if following their rules hasn’t gotten her closer to reclaiming them, what choice does she have but to break them?

It’s a delicate scenario that treats its characters with the respect and complexity they deserve. That goes for Bunny constantly trying to play the system’s game while also acknowledging she shouldn’t have to do so just because she’s too poor for anyone to admit the reason she can’t better her station is precisely because she chose to forsake that station and save her kids’ lives. It goes for those children too—Shannon’s unabashed excitement and Reuben’s survival instinct to always prepare for disappointment. Tonyah is the key, though. She exists between them as someone who’s young enough to need her aunt’s protection while also proving old enough to pay that protection back, even if it’s just by being in her corner. That support is what Bunny’s needs most.

Does she make it easy for others to give it? No. What you must remember, though, is that we aren’t being dropped in at the start. Bunny has been struggling with the system for a long time. We see it when she gives the money that she earned that morning to a stranger at child services because she’s gone through the experience of being put further in debt trying to follow their unyielding rules to climb out. We therefore meet her when frustrations are at an all-time high and trust an all-time low. So, she’s going to push the envelope. She’s going to cross lines. She’s going to do whatever is necessary like she always has. And we’re going to watch the system thwart those attempts without sympathy.

Granted, those government employees hold thankless jobs dealing with situations that do demand hard stances. The Justice of Bunny King isn’t indicting them for following orders that ultimately keep them safe too. It’s merely putting a spotlight on the fact that the system needs better resources to see when it’s actually causing more problems in its attempt to solve those that were already present. Because if you cannot see that Bunny is a good woman who’s doing her best, you’re only going to pave a road that turns her bad. Thavat and company don’t amplify this truth in ways that turn the whole too dark for comfort (Bunny never loses her sense of humor), but it’s there just the same. You can’t judge a book by its cover.

Just because Bunny doesn’t have a home doesn’t mean she’s a bad mother. When a nice suit is all she needs to walk through a door she cannot afford to open, humanity proves itself broken. It’s why Bevan gets the benefit of the doubt as a gainfully employed father. It’s why Tonyah is assumed to have been kidnapped rather than a runaway under her supposed “kidnapper’s” protection. There’s no one better than Davis to really embody what these dualities mean. It’s a strong performance shifting from protective mother hen (with her kids, niece, and fellow windshield washers) to crazed and erratic survivor with her back to the wall. The climax might be over-the-top and too on-the-nose (someone finally reads her file), but the emotional wallop is just right.