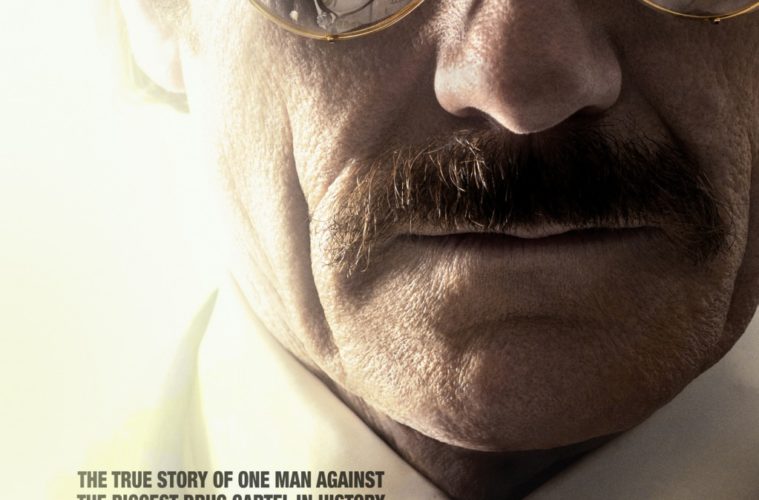 Fascination endures with the cocaine trade of the 1980s, as evidenced by everything from Netflix’s Narcos to the two separate upcoming biopics around minor characters in this week’s The Infiltrator. (One for Pablo Escobar, to be played by John Leguizamo… who is also in this film. And one for Barry Seal, to be played by Tom Cruise… who is also in this film. Weird, right? No, that last part is a lie. Sorry.) But this movie, based on the memoir of the same name by Bob Mazur, differentiates itself by focusing less on the bang-bang cartel action in the streets and more on the backroom money laundering in the sheets. That’s not an angle we usually see with crime films… for good reason, as it turns out, since The Infiltrator is deathly boring.

It’s the 1980s, and bankers’ white collars the world over are starched with cocaine (as an ending chyron helpfully tells us, around $2 trillion in dirty money gets transacted each year). Mazur (Bryan Cranston), a U.S. Customs agent, gets the bright idea to follow the dollars instead of the drugs, and sets up an operation to take down cartel kingpin Pablo Escobar’s money laundering operation. With the help of undercover agent Emir Abreu (Leguizamo) and rookie Kathy Ertz (Diane Kruger), Mazur assumes the guise of a master launderer and woos his way into Escobar’s organization. But the deeper he goes, the more dangerous things get. Or rather, that’s how the story would progress if the movie had an iota of tension to it. Instead, the operation mostly proceeds smoothly, with mortal peril only hiccuping into view on occasion.

Now, that’s sort of how things shake out when you’re dealing with the middle managers and head honchos instead of the street level on the drug trade. But neither Ellen Furman’s script nor Brad Furman’s direction can scrimp up any interest in the psychological art of the con, or the process of surveillance, or the minutiae of deception, or the culpability of legitimate governments and banks in criminal finance. Some of these things are name-checked (literally in the case of the last point, as America’s use of drug money to fund realpolitik is mentioned a few times but never actually addressed as a thematic point), but none offer anything of substance to snort. Laughably, Bob’s double life only confuses his sense of identity in a single scene, in which Cranston goes ridiculously over the top with the fake ‘80s rich guy bravado.

Sadly, as has consistently been the case with his recent film work, The Infiltrator gives Cranston basically nothing to do. He is present. He is an actor. The same applies to everyone else — even Leguizamo, who gets the theoretically exciting role of a guy who’s actually in the shit of the drug war. He essentially vanishes during the movie’s second half, anyway. By the end, when the fed net comes closing in on Mazur’s targets, the audience is apparently supposed to feel some sympathy, having come to identify just a little bit with them. This… is not the case. When the ending “where are they now” montage rattles them off, it’s only a reminder that we never really learned who any of these people were, or what exact crime things it was they each did. This is a bum hit of a film. Just watch Cocaine Cowboys again instead.

The Infiltrator is now in wide release.