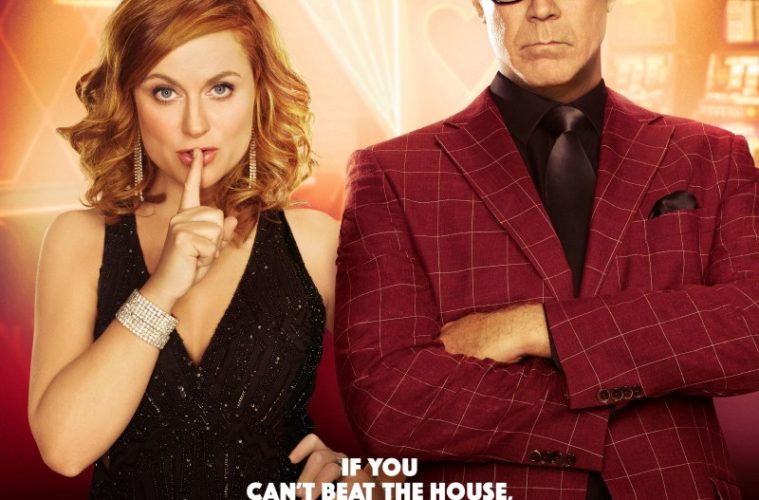 The summer studio comedy drought continues with The House. Although occasionally funny, it’s a minor entry into the canon of Will Ferrell’s usual brand of humor: once again playing a well-meaning man lacking awareness willing to go to extremes. When his daughter Alex (Ryan Simpkins) looses her scholarship to a prestigious and expensive university thanks to a shady municipal bureaucrat, Scott (Ferrell) and his wife Kate — the always funny Amy Poehler — are forced to come up with fifty thousand dollars to cover tuition. Confident and proud, it appears Alex never filled out a FASFA form, but that’s neither here nor there — after all, Scott is terrible at numbers even if they reside in a comfortable home in a well-off suburb. For those hoping Ferrell and company would offer a sharper critique of white middle class privilege, prepare for disappointment.

The debut future of Neighbors and Mike and Dave Need Wedding Dates writer Andrew J. Cohen, The House has occasional moments of hilarity as Ferrell’s Scott morphs into a Scorsese character after accidentally chopping off a card-counter’s finger. Like the first comedy dud of the summer, Baywatch, and the funny but less-than-brilliant Rough Night, all the best gags are assembled (by more skillful editors) in the trailers and seem to fall relatively flat in their proper context.

The House takes a little too long to get where it’s going despite its slim 88-minute running time. Investing in setting up the townspeople, including shady counselman Bob (Nick Kroll at his slimiest) and the town deputy Chandler (veteran character actor Rob Huebel) it sets up a conclusion we can see from a mile away, even before the usual clues appear. Also in the long set-up are the back stories of casino regulars all with too much time and money on their hands, including aggressive soccer moms, a corporate lawyer blowing off steam, and a 30-year old retiree looking for a good time.

Offering a dose of familiarity alongside a little subversion, the film tackles issues of the day including police brutality and date rape by mentioning their existence and then tip-toeing back ineffectively. The film mostly takes the advice of studio chief Samuel Goldwyn, who once said, “If you want to send a message, call Western Union.” It’s a shame this picture lacks the gumption of Neighbors 2: Sorority Rising, which doubled down on its initial concept and subverted patriarchal bro culture in a familiar raunchy summer comedy. Mainstream summer comedies are not off to a terribly ambitious start this year and The House is one of the low points thus far.

The House is now in wide release.