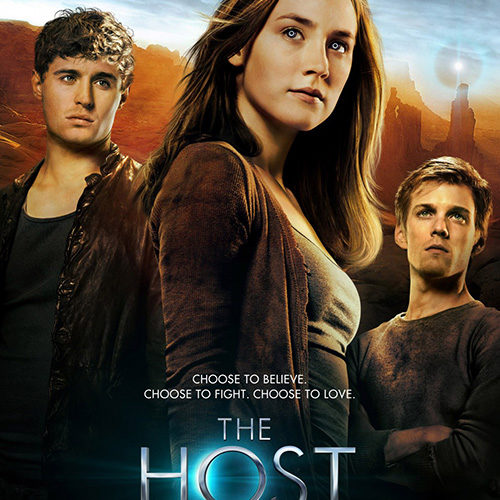 16 years ago writer-director Andrew Niccol crafted one of the most well thought-out, dramatic, and moving science-fiction universes with his cult classic, Gattaca. It represented everything that is wonderful about the genre: telling human stories in a grand way. Ever since then, he still hasn’t been able to recapture that magic. He came close in the world of gun-running in 2006’s excellent Lord of War. Alas, with his new film, The Host, Niccol does not appear to be the same high-minded storyteller he once was.

A part of that has to come from the source material, courtesy of Stephenie Meyer (Twilight) and her world, which is impossible to buy into. Sometime in the future, aliens, in the form of jellyfish, will come down and take over the Earth, leaving but a few humans left in hiding. These aleins are a non-violent species, so how they takeover is anyone’s guess. Meyer and Niccol don’t attempt to explain it, avoiding all sorts of logistical and thematically bleak questions.

Like Niccol’s previous film, In Time, this film chooses the most uninteresting characters to follow. The takeover isn’t shown, the psychological horror of this situation isn’t portrayed. Instead, we are stuck with a love triangle (the biggest element of this film), most of which takes place in a cave. Sticking with Meyer’s source material, they made a love triangle with an extra alien guest thrown in, along with some misogynistic undertones. They aimed low, and they hit even lower.

Melanie (Saoirse Ronan) is one of those lucky few humans left. She wisely hides by hanging around outside, playing music, dancing and starting fires with her boyfriend Jared (Max Irons) and little brother. These are not bright people, a trait which surely leads to Melanie’s capturing. Her body gets taken over by a very old alien, named Wanderer. Unfortunately for Wanderer, and the audience, Melanie hasn’t left the body.

This is conveyed through Melanie’s voice crawling into the Wanderer’s new mind every now and then, making tonally awkward quips and stilted advice. Ronan’s thankless task here rivals her voiceover work in The Lovely Bones. Though she be a talented actress, she cannot overcome lines like, “Kiss me like you want to slap me.” Sadly, there is more where that came from.

It takes a truly magnificent actor to overcome material as rough as this, which is why William Hurt, playing Melanie’s warm and wise uncle, keeps the film from becoming an all-out disaster. When Hurt gets involved, the pace picks up, at least before we’re constantly wandering around that uncinematic cave. This is when the problem of love enters the film: the Wanderer falls for another blonde boy, while Melanie wants Jared.

I won’t spoil the ending, but the message is practically spelled out: all a woman needs her body for is to love a male model. That moral, which is conveyed by an unearned change of heart for Melanie, feels all wrong. There is little mention about the terror of actually having your body taken over. Instead, The Host focuses in on not being able to have the man you want, who isn’t particularly likable anyway.

The Host is now in wide release.