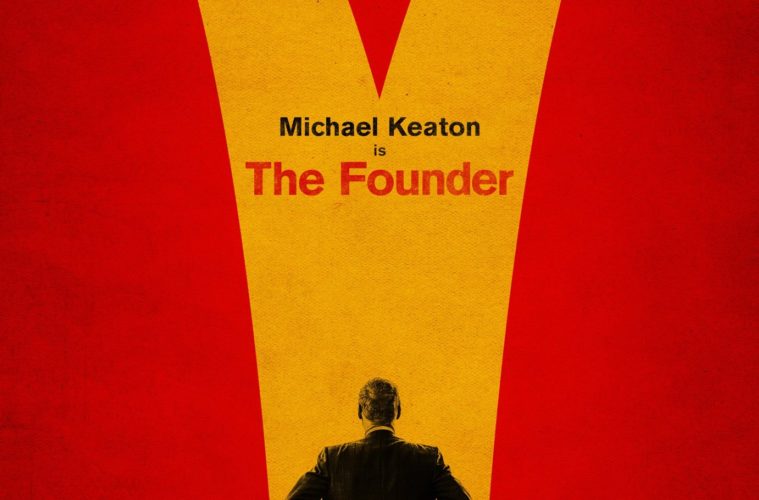 Review: ‘The Founder’ Tells a Generic Rise to the Top Story

The Founder has a mesmerizing sequence wherein a pair of restauranteurs train their staff in proper kitchen procedure by having them run through it repeatedly on a tennis court covered in chalk outlines. Over a montage, the troop of clean-cut lads master the intricate choreography of the “Speedee Service System,” going from bumping into one another to pirouetting along the lines with industrial grace. It’s like Martha Graham, Dogville, and Ronald McDonald had a beautiful cinematic child. And then nothing interesting happens in the movie again.

In an earlier scene, traveling salesman Ray Kroc (Michael Keaton) visits the first McDonald’s location in Bakersfield, curious as to what kind of small restaurant needs so many milkshake machines. (This is the 1950s, at a point when “McDonald” is just another Gaelic name.) Kroc is enchanted by the Speedee Service System, which treats food preparation as an assembly line that delivers orders in record time. This is the great breakthrough of the McDonald brothers, Dick (Nick Offerman) and Mac (John Carroll Lynch), whose standards for customer service are so exacting that they had their kitchen specially built to maximize efficiency.

But while Kroc gets to enthusiastically talk about what a gamechanger the brothers have brought to the table, the movie can’t visually convey this. When Kroc is bemused by the novelty of the McDonald’s experience (no tables, disposable packaging, no cutlery provided), Keaton’s performance is akin to that of a reenactor at a living-history museum pretending to be amazed by a tourist’s smartphone. The scene on the tennis court is the only part that viscerally explains what made McDonald’s so revolutionary back in the ‘50s. Cinematographer John Schwartzman, who also lensed period pieces Seabiscuit and Saving Mr. Banks, brings that same level of reserved shots and bland lighting and coloring here. But he also shot Pearl Harbor, which is nothing if not vigorous, so director John Lee Hancock (with whom Schwartzman worked under for Banks) is likely more to blame for this movie’s dullness.

Despite their innovations, the McDonalds had difficulty franchising, as the other locations couldn’t measure up to their rigorous specifications. The duo would have been perfectly happy producing high-quality family meals at their one restaurant for the rest of their lives. Kroc was the one who took the idea and turned it into the ubiquitous fast food juggernaut we know today. The Founder is the story of how an insatiable capitalist grew his business while, bit by bit, stealing everything from the men upon whom that business was built. Kroc’s ultimate “triumph” is bullying Dick and Mac into selling him the company in full. (Spoilers for history, I guess.) He cheats them out of shares of any future earnings and even effectively takes their name from them.

The Founder’s treatment of its bastard protagonist is odd. It doesn’t necessarily try to get the audience to root for Kroc, though it will play triumphant music whenever he gets a win. It doesn’t treat his rise as sinister, though it at least knows to depict his final negotiations with the McDonalds with an appropriate cold-bloodedness. Since it takes clear stands on how the viewer is supposed to feel at such moments, the movie can’t be said to simply present events as they happened and leave judgment out of it. As far as I can tell, its sole ideology is that the actors should win some awards. It presents the story of Kroc and the McDonalds not to provide any commentary on capitalism and / or creativity, but because it seemed suitably dramatic material for a biopic.

And it certainly is dramatic material, but The Founder presents it as a generic “rise to the top” story without even the decency to suggest Kroc lost his soul along the way. I think it’s telling that the filmmakers decided Kroc was a more appropriate protagonist than the McDonalds, even though the tennis court sequence would suggest that the tale of how they built something good — only to have it taken from them and turned into a remorseless, literally tasteless goliath — would be far more compelling. Americans just love winners so much, and don’t care how they win.