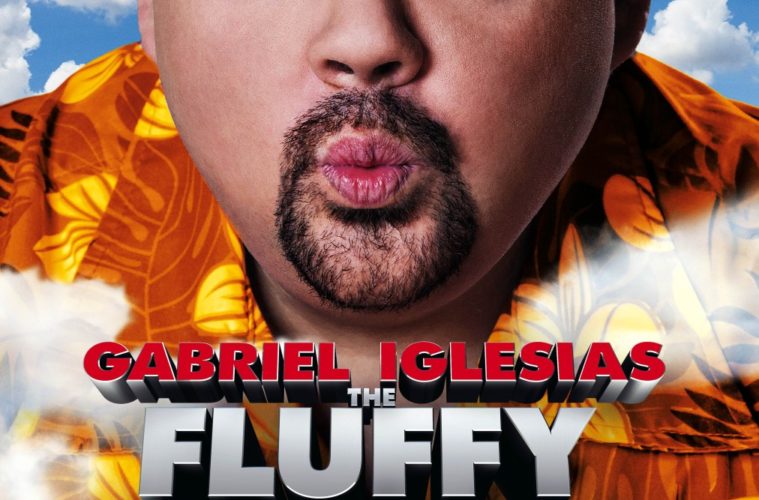 As far as first introductions go, The Fluffy Movie slightly overstays its welcome. I admit this is my first exposure to Fluffy (aka Gabriel Iglesias), a Mexican-American comedian whom we get a brief biographic sketch of in the opening moments. Raised by a single mother who escaped domestic abuse, Fluffy is inspired by Eddie Murphy’s seminal comedy concert movie RAW, and his dream pays off. Shot back in his home turf of The Bay Area, Fluffy packs San Jose’s HP Pavilion with a lavish set (minus the fire effects of Kevin Hart’s Let Me Explain That).

The Fluffy Movie is an arena stand-up comedy concert feature of the standard variety, the kind of entertainment that is seemingly critic proof. As far as the fans go, it appeared to satisfy Fluffy devotees at the screening I attended. However, as a tool for creating new followers, while the comic will keep one’s attention, I was far from won over. A genuine, authentic voice, Fluffy, by the subtitle of this picture and his tour, wishes to inspire “unity through laughter,” but mostly plays it safe. Earning its PG-13 rating despite a few off-color jokes, the material is mostly family friendly, ranging from a discussion of his travels comparing India to Mexico, along with a discussion of his recent weight loss, and his home life. The material is pleasant enough, building to a strong conclusion, but along the way it hits its fair share of bumps. Running 101 minutes, it contains a lot of honesty, but perhaps too much fat.

Despite a filmed opening explaining the circumstances of his conception (allegedly in Tijuana, Mexico) to his early years, the film never reverts back to these sketches, opting for strict stand-up. Even with its general title it’s not exactly an introduction to Fluffy — he even recalls jokes he told in another special. Perhaps this was originally intended for the small screen as The Fluffy Movie never quite transcends beyond a Comedy Central special into the territory of a cinematic experience.

Still, this is generally a passable yet apolitical experience. Iglesias, born in San Diego, only makes one vague reference to immigration. Instead of focusing on points of division, Iglesias, via self-deprecating humor, zeroes in on universal human experiences like raising a kid, dieting, and travel. The problem is that these topics aren’t necessarily groundbreaking, original or, at times, all that funny.

Directed by Manny Rodriguez and Jay Lavender, The Fluffy Movie could have been so much more than what it is. Although we have seen behind-the-scenes documentaries about the inspiration and process of doing comedy, the film might have benefited from introducing us to the folks he talks about. Iglesias is a likable guy, but as far as concert experiences go, this one does little to break away from the pack.