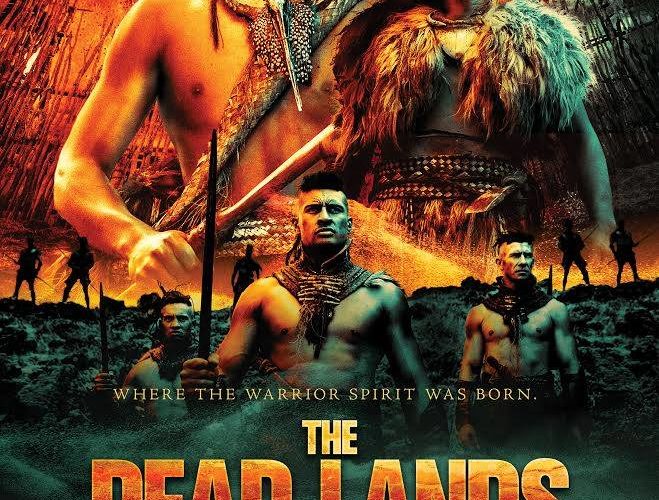 Set in pre-Colonial times in New Zealand, Toa Fraser’s The Dead Lands follows tribal conflict between two factions that is both illuminating and frustratingly clichéd. A young chieftain’s teenage son, Hongi (James Rolleston), is caught in the middle of conflict between the other tribe’s chieftain’s son, Wirepa (Te Kohe Tuhaka), who is ambitious and trying to bring glory to his name. Why peace isn’t enough for him is never explored, so he stands as a singular-minded antagonist along with his cronies. When Wirepa attacks the tribe and slaughters them, Hongi is the only male left alive. Thus he begins to seek revenge, despite being vastly outnumbered and having no talent for battle.

This setup isn’t new or groundbreaking. Instead, the draw is the setting of the New Zealand area, which manages to be both beautiful and ordinary in different scenes, along with the culture and time. Filmed in the native Māori tongue, it is only upon researching into the film that I realized it was a language specific to New Zealand. Wirepa and his tribe have similar outfits with neck collars, bands, and flairs of blue. Meanwhile, Hongi’s tribe uses more earth tones and aren’t quite as uniform.

Considering that it would have been easy to simply cast people and dress them similarly, Wirepa’s tribe manages to stand out as individuals. Some have mohawks or facial tattoos that set them apart. Every fight, and there are a slew of brutal ones in The Dead Lands, seems to have a ritual to it. They wag their tongues and make taunting sounds, and nearly every warrior uses a paddle-like weapon, the mere, to either chop, cut, deflect, or bludgeon their opponents. It makes for gruesome, heavy fights that are often quick. The way the fights are shot manage to be a frustrating mix of close ups and two-shots that emphasize the movements over the actual action. Religion and the mystic come into play here and there, and it’s never more potent than when Wirepa decides to forego the myths surrounding “the dead lands” between his tribe and Hongi’s. They can save five days trek by cutting through the forbidden lands of a tribe that disappeared. The area is patrolled by a mysterious god-like man that feeds on the flesh of humans. While many of his tribe doesn’t want to test fate, Wirepa is riding high off of slaughtering the other tribe and decides that the gods will favor him if they care at all.

Not long after Wirepa and his group travel into the area, Hongi follows as well. It’s here that he meets the feared cannibal warrior (Lawrence Makoare, known for playing orcs in the Lord of the Rings and Hobbit trilogies) and convinces him that killing Wirepa and his group is in his best interest. If anything, the relationship that forms between Hongi and The Warrior is the most interesting aspect of the film. The Warrior is a cursed man, who has a dark past that has led him to roam the area for years alone. He trains Hongi to fight, a feat that goes off-kilter here and there but eventually takes hold. They form an bond as the last remaining members of their respective tribes, and in many ways you can see a father-son relationship start to form.

Set against a pounding, synth-heavy score that at first feels completely out of place but eventually grows to be in favor, the film follows the two of them tracking down Wirepa’s group. Thankfully even The Warrior isn’t a perfect fighter, and the odds rarely feel too stacked one way or the other. One can’t help but wonder how much nuance is lost in translation into the English subtitles. Not much is surprising in this fairly straightforward action flick, but writer Glenn Standring and director Toa Fraser add wrinkles in the end that actually feel out of place. You wonder if this entire story was made up or some of it takes its basis in New Zealand legend. Regardless, The Dead Lands offers an odd mix of cultural identity that falls prey to clichéd tropes and one-dimensional characters, but the saving grace is the odd relationship that The Warrior and Hongi have, along with some intense battles.

The Dead Lands is now available on VOD and in select theaters.