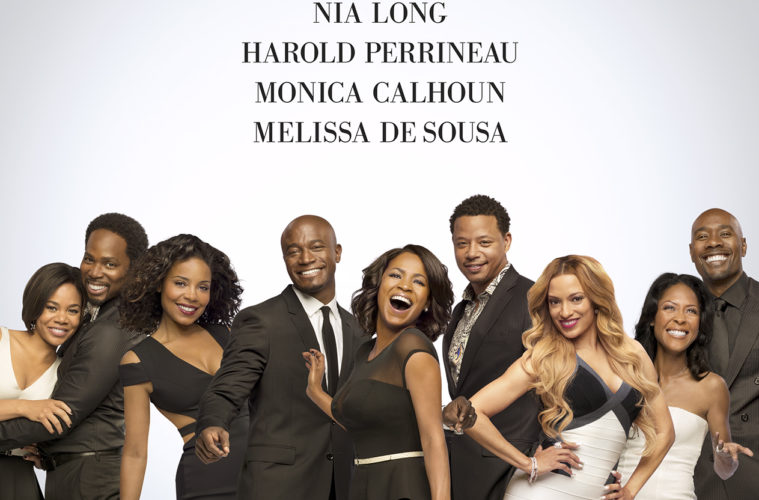 Walk with me back to a kinder, gentler time before Tyler Perry; The Best Man arrived in 1999 as another entry into a movement that was long overdue. Love Jones (1997), a soulful, beautiful, poetic love story that made Nia Long a star, kicked off a series of films that addressed an awful injustice: the lack of a positive, professional African-American on screen. This paved the way for many wonderful, funny warm films including The Best Man, and my personal favorite, The Brothers (2001). These films were often witty and intelligent, bringing together the likes of Morris Chestnut, Jamie Foxx, D.L. Hughley, Gabrielle Union, Terrence Howard, Sanaa Lathan and Long.

The problem was that in this sub-genre — one that skewed a bit more female in terms of audience interest — a strong female writer-director did not emerge to act as a perceptive counter balance to the kinds of women’s pictures, like those made by Tyler Perry, The Best Man Holiday and, earlier this year, Baggage Claim. It’s a shame that these kinds of stories, often about women, are typically written and directed by men. And herein lies the problem with The Best Man Holiday — it’s less of a sequel to that charming, funny 1999 film and more of a reboot of Tyler Perry’s Why Did I Get Married. The plot is roughly the same: a group of old friends reunite in what becomes a rather contained setting; here, it’s the New Jersey mansion of Lance Sullivan, a NY Giants star (played by Morris Chestnut). Lance is married with a few lovely children to Mia (Monica Calhoun). Taye Diggs, who was the catalyst for an awful lot of the action in the third act of the 1999 feature, returns as Harper Stewart, a best-selling author who recently has fallen on hard times after failing to get tenure at NYU. He’s also got a baby on the way, his wife Robyn (Sanaa Lathan) very pregnant.

Unhinged and free is Terrence Howard, a bachelor brand manager who apparently who sexts pictures to various women including returning “frenemy” Shelby (Melissa De Sousa); I’m not sure why she’s in this film but let’s just go with it. The film tries to refresh our memory with regards to the details of the first entry with some success, although I wished for a Carrie Bradshaw-style voice over by Harper, as some newcomers may feel a bit lost.

Nia Long plays Jordan, a producer at MSNBC who shows up to the weekend with Brian (Eddie Cibrian), a white boy who is faced with a difficult decision, as Jordan’s fierce independence becomes a barrier to intimacy. Other characters have traits which seem a little less interesting and that remains a problem; the film’s uneven, though much more engaging and far more subtle than the films of Perry. Perhaps the problem is just how contained it truly is, acting more like a stage play than a feature film — it ought to have been opened up a bit more like the golden rule of screenwriting suggests: show don’t tell.

The Best Man Holiday is bogged down by the fact we have taken too much time away from these characters and, as a result, we could have used more exposition to launch into this material. While not his finest outing, filmmaker Malcolm D. Lee has a distinct voice and has made some excellent wonderful films from the heart, including the highly underrated Roll Bounce and Soul Men.

Still, The Best Man Holiday contains some strong moments and good acting; the cast is as likable as ever, even if the film doesn’t take many bold risks. And while it’s too on the nose, I imagine its target audience will enjoy it, which underscores a critical point: films like this too rarely grace the screen. If it falters mostly due to a lack of focus and a running time that could have desperately used some tightening, it’s not without moments that are sincere and realistic.

The Best Man Holiday is now in wide release.