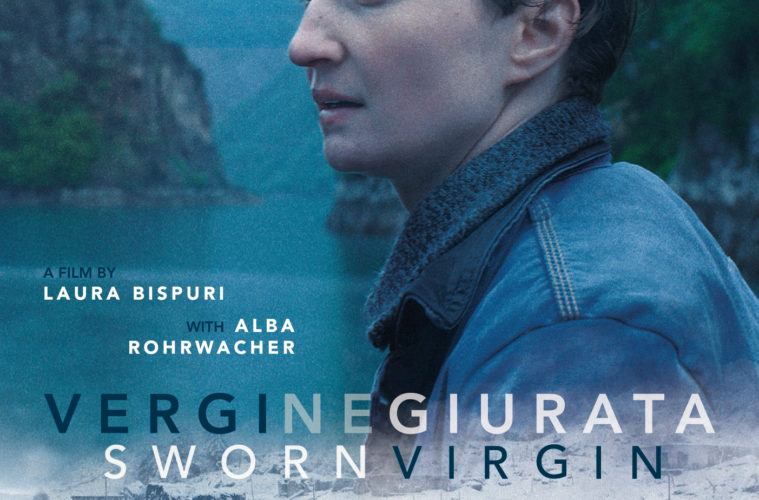 Laura Bispuri’s moving, fiery Sworn Virgin comes in a recent tradition of cinematic meditations on gender as a form of identity like Tomboy and All About My Mother, but her film is, above all, about the privilege of access. For Mark (a revelatory Alba Rohrwacher), changing his gender identity was about personal freedom, but it’s not about self-expression or empowerment as much as a reflection of Mark’s need to conform to societal expectations in order to be recognized as a human being with agency.

As Sworn Virgin begins, Mark leaves his life-long Albanian village of Ragam for Rome, Italy, to find Lila (Flonja Kodheli), his long-estranged sister. More than a decade since their last meeting, Mark and Lila’s friendship is speckled with lingering bitterness and a mutual disappointment. Each of these characters had the same goal of escaping their fate, but their paths diverged long ago.

As the two try to suture their ruptured relationship, much of Sworn Virgin juxtaposes the present with flashbacks of growing up in this heavily traditional village. Previously known as Lana, Mark, grew up here with Lila under the watchful eyes of Stjefan (Luan Jaha), a father figure who rescued Mark from an unspecified fate that took his parents.

From an early age, Hana and Lila rebel against the patriarchal dictates of the village, sneaking out on adventures when they were forbidden to leave home, and flinching away from expectations to center their life around motherhood and becoming an obedient wife. For a sense of the severity, an unused bullet is discussed as a part of the dowry in the event that if a man is unhappy, he has the permission to use it.

The girls seem inseparable, but it’s here that Bispuri frays the already complex distinction of rebellion into diametrically opposed sides with the characters of Hana and Lila. Lila is struggling to break out of the boxes that are placed around her actions as a women without changing her mode of gender expression, but Hana has completely repressed that side – embracing her role as an other.

Taken under the wing of Stjefen who recognizes that Hana has no interest in submitting to the script of a woman in the village, he begins preparing her for the role of a Sworn Virgin. A practice originating in the Balkans, a sworn virgin is the term for a women who symbolically adopts the identity and duties of a man with the monastic vow that they never lay with a man.

Doomed to a life of solitude, and forced into a place of gender limbo, Hana – now Mark after the sworn virgin ritual – is accepted whole-cloth into the clan of men, but this change has mutating effects. Bispuri finds her sharpest commentary in Mark’s unconscious shifting of ideals toward women, especially Lila, as shown in a scene where Mark stumbles upon her making out with a stranger in the forest. Her first reaction is less a sisterly impulse than brutally grabbing Lila and yelling at her about her impending arranged marriage.

Now, decades later, Bispuri’s dialogue wrestles with gender distinctions as varying pronouns are thrown around regarding Mark, and the language difference between uncle and cousin becomes a deep emotional divide. Gjergj, Lila’s husband, wastes no time in recognizing Mark as a man, inviting him for a drink and smoke, and using connections to find him a job. But Mark also needs to contend with the bullying of Lila’s daughter, Jonida (Emily Ferratello), who prods at Mark with bigoted questions, and wonders about the identity of this new presence that she’s never heard of.

Away from the village, this is an internally probing experience as Mark laments all the experiences that he’ll never, have like the ability to have sex, as discussed in a beautiful conversation with Lila comparing the act to “being in and out of yourself.” But it’s also about more aesthetic choices like the chance to wear a bra, or put on makeup. When Mark looks at bras, he sees something aspirational and freeing, and when a group of women rush past him in elegant dresses, he can’t help but imagine what he could have been.

And while some of this longing comes from conversations, Mark is generally stoic, allowing Rohrwacher’s body language and the camerawork to convey all of the necessary alienation. Lensed by Vladan Radovic, Sworn Virgin is filled with deliberate, detached takes that withhold catharsis. Just as Mark reluctantly tries things, the camera stays back, worried it will shatter his fragile bliss. In particular, a sequence shot across a pool following Mark is fascinating in its suggestion of a suspenseful moment, only to dissipate into the next sequence.

Not all of the commentary moves as smoothly. Jonida becomes one of the narrative cruxes, and provides a generational window into the presumptions of women in another culture, but in the early going, her prodding feels like it’s leading to the next plot point, rather than existing as a convincing character design. And in the present tense, the movie could use a few more interactions with Lila that exist outside of a communication that Mark isn’t beholden to the same rules as women.

Sworn Virgin ends on an ambiguous note in the question of whether Mark can truly ever be free again, and regain the things that were lost. Is his femininity lost to another life, or is it as easy as living away from the village? The answer is never clear, but Bispuri’s feature debut makes a powerful statement about the suffocation that can come with gender norms, and about the double-edged sword of gender performance.