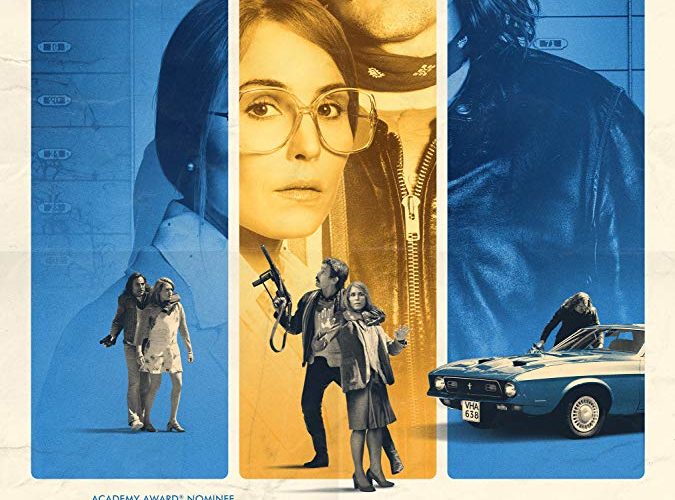 The names have been changed. That might not mean much since “true stories” generally do that by making composites of certain characters to give the drama a more cinematic feel, but it means a lot here considering the topic at-hand: Stockholm syndrome. It’s a complex subject dealing with the notion that captives have been known to develop a psychological attachment to their captors that’s strong enough to want to protect them from harm despite themselves being in harm as a result of being held captive. Initially thought to be simple brainwashing, its definition ultimately expanded to shed light on the fact that the reaction was itself a survival technique. If your life depends on the police cooperating and they refuse, don’t they become the bad guys?

It’s an enemy of my enemy is my friend type ordeal that was first brought into the public consciousness in 1973 after a Swedish criminal named Jan-Erik Olsson entered the Kreditbanken in Stockholm’s Norrmalmstorg square, took four hostages, and demanded money and the release of his incarcerated friend Clark Olofsson so they could escape together. It was the first crime covered by live television in Sweden and thus became newsworthy enough for Daniel Lang to write an article in the New Yorker about what occurred entitled “The Bank Drama” with interviews of the different players to try and understand what exactly made these victims want to protect their assailants during and after the robbery (they refused to testify against Olsson with one even befriending Olofsson’s family).

Writer/director Robert Budreau weaves his own tale upon that conceit with Stockholm. In it Olsson becomes Lars Nystrom (Ethan Hawke)—an American-raised Swede known as a softhearted criminal who would never hurt a fly. He walks into Kreditbanken, pulls out a machine gun, and tells everyone but two employees (Noomi Rapace’s Bianca Lind and Bea Santos’ Klara Mardh) to go. Instead of demanding money from the vault, he actually asks Bianca to phone the police chief (Christopher Heyerdahl’s Mattsson) so he can request his friend Gunnar Sorensson’s (Mark Strong) release. Lars is genial and comforting, yelling at the police before turning to the women with a disarming smile assuring them it’s all a ruse. A hidden bystander (Mark Rendall’s Elov) provides a third hostage and the chess match begins.

The proceedings become inherently farcical as Lars turns on a radio and takes out a cribbage board to kill time while the police fulfill his orders. His assumption is that Sweden is too non-confrontational to not take him seriously, but Mattsson is feeling bold and the Prime Minister says the hostages must be freed before a getaway can commence. Things therefore quickly escalate into a stalemate to see who blinks first. Mattsson doesn’t think Lars has the guts to shoot anyone and Lars knows he doesn’t despite violence being his only leverage. Because the hostages see their captor’s crisis of conscience and because Budreau renders the police callously cold-hearted, they’ve no choice but to align with the one person who seems to care whether they live or die. Here’s the question, though. By calling this harrowing event an “absurd true story” and making it a comedy, what happens to the dramatic ramifications? It’s a weird angle to take considering the idea of Stockholm syndrome is rooted in a dark truth about who we are as a species and how we cope with fear and danger. So anyone coming to this film with the hopes to understand the traumatic underpinnings of the condition might be sorely disappointed since this film isn’t necessarily concerned with the veracity of its psychology. By rendering Lars a “good guy” and Mattsson a cowboy playing fast and loose with the potential consequences, Bianca and company don’t have another choice of savior. Lars doesn’t traumatize them and the police piss them off.

While that direction appears to do a gross disservice to these characters’ real-life counterparts, it does make for a pretty fun movie. If you take its plot at face value and accept Lars as an antihero worthy of empathy, the cartoonish nature Budreau injects will give it purpose as pure entertainment divorced from its seeming failure as a historical account. Leaning on the fact that it was based on a true story could actually do more harm than good since it asks us to take seriously what no one on-screen does. That disconnect can ruin even the best film because it reveals shortcomings rather than augmenting successes. But as a comedy with a good-natured soul doing bad things to earn his surrogate brother freedom, Stockholm is a success. You might not be able to pretend that’s all it is, but I’m happy to admit enjoying the journey nonetheless. It’s somewhat refreshing to watch this type of scenario play out with the usual bad guy and good guy roles reversed because you’re unsure what might happen. It’s more Dog Day Afternoon than anything because the robbers (despite being professionals with criminal records in this case) are sympathetic and more or less acting without malice. Lars believes he has a foolproof plan to make it so nobody gets hurt and the film confirms as much if the police would comply. So it’s Mattsson who’s ruled by hubris and in need of an awakening, not the men with guns. It’s he who lies and Lars who tells the truth.

One could thus say Budreau fell prey to the story’s spin himself. He’s chosen to depict men who should be seen as antagonistic as misunderstood instead. The idea that Olsson and Olofsson were men with good intentions rather than monsters scaring their victims badly enough to imagine they were the real heroes of this tragedy becomes Budreau’s reality. This could also mean he intentionally skewed the perspective this way so the film would be from the adrenaline rush façade of the syndrome itself and not the history books. He’s neither telling objective truth nor subjective lie, but attempting to give voice to the condition so we can see a reasonable facsimile of what the hostages experienced psychologically. So, therefore, Lars and Bianca aren’t the leads–Stockholm syndrome is.