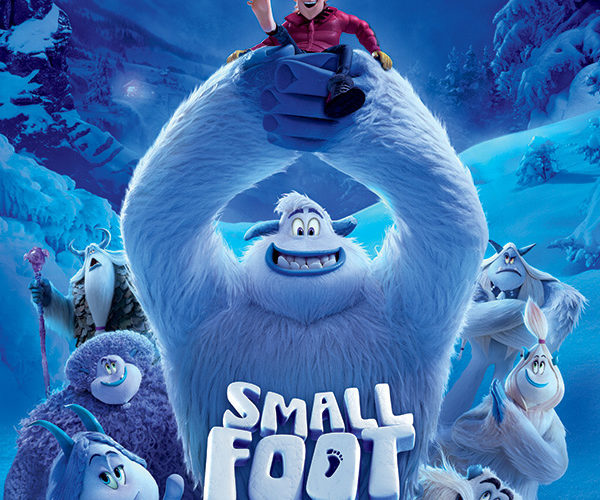 Review: ‘Smallfoot’ Offers a Politicized Look at the Importance of Truth

It might be hyperbolic to call Smallfoot the most dangerous film of the year, but it wouldn’t necessarily be wrong. Yes, there’s a wholesome message at the back of what Karey Kirkpatrick (who co-directed with Jason Reisig and co-wrote with Clare Sera from a previous script that itself was based on Sergio Pablos’ book Yeti Tracks) has put onscreen, but it’s not difficult to misconstrue its meaning if you’re motivated to do so. Ask him and he’ll say it’s a story about not lying to those you love to “protect” them from external oppression because that itself is oppression. And it’s also about a community of bigfoots finding common ground with a community of smallfoots despite long-standing historical acrimony. Is this starting to sound familiar?

On its surface Smallfoot stars a genial yeti named Migo (Channing Tatum) who believes his life is perfect. His people live on an island world surrounded by clouds that cover the nothingness below, working with unheard of synchronicity under the paternal leadership of their “king” known as the Stonekeeper (Common). This figure of authority is more or less their Pope — his duty to enforce empirical rules bestowed upon their species by God. They therefore exist without autonomy and are hilariously told to figuratively push any questions or discrepancies they may have about or with the stones down into the pit of their stomachs until each simply fades away. So when Migo accidentally crosses paths with a mythical “smallfoot,” he sends ripples through the very fiber of their utopia.

The reason is that one of the stones says “smallfoots” aren’t real and thus cannot be real under any circumstances. Rather than call Migo a liar, however, Stonekeeper throws some spin. He purposefully doesn’t question the young yeti’s word as far as seeing something. Instead he questions what was seen. Suddenly truth becomes a matter of perspective rather than truth “in accordance with fact or reality.” I’d argue this isn’t a blatant shot at the Donald Trump White House by saying Yeti Tracks was published well before the election, but I can’t find any evidence Yeti Tracks was ever published. Amazon doesn’t have it and a quick Google search with the title and Pablos’ name yields nothing besides news about this movie. So maybe Trump does loom large.

That’s not the only politicized part of this children’s film, though. There’s also the clandestine meeting of so-called “resistance agents” known as the Smallfoot Evidentiary Society led by none other than Stonekeeper’s daughter Meechee (Zendaya). She and her friends (Gina Rodriguez’s Kolka, LeBron James’ Gwangi, and Ely Henry’s Fleem) refuse to follow the party line anymore and will stop at nothing to expose the stones as blueprint rather than sacrosanct scripture. More than allusions to Trump (and his adoptive party’s ideological indoctrination), this division of power proves anti-religious in an admittedly fantastic way. Here are outcast nerds holding science above faith to deliver a worthwhile message to today’s youth about the importance of evidence and fact. Ignorance as bliss is thus revealed as the prison it is.

Eventually Migo meets a jaded Steve Irwin type named Percy (James Corden) who’s so desperate for rejuvenated ratings that he too will fabricate the truth to go viral and thus amplify said lie to millions (see Trump again with his reality TV act retrofitted onto a political sector that’s completely lost integrity on both sides of the aisle in lieu of marketable popularity contests). Migo saves him, he saves Migo — this part of the film is generic feel good lessons on friendship with very little to critique besides its familiarity. We receive songs (catchy originals, an entertaining “Under Pressure” remix, and a powerful rap wherein Common pulls the rug from underneath the entire endeavor), infectious laughter, and memorable characters along the way. And then things get really problematic.

I didn’t like Happy Feet because George Miller intentionally hijacked his ugly duckling fairy tale with an in-your-face global warming tirade. I don’t care that his argument was sound or that it needed to be said — investing children in these cutesy low-stakes characters only to make certain they learned his lesson by holding those penguins hostage with a knife against their throats was beyond cheap. Smallfoot may not be politicized in quite the same way (making it objectively better as a result), but its lack of directness is what makes it dangerous. Where you could simply dismiss Happy Feet as propaganda, Kirkpatrick and company desperately try to toe a line that pretends they’re oblivious. Dialogue like “Are they really all bad?” proves it.

Migo and the bigfoots ultimately must understand that just as the smallfoots are monsters to them, they’re monsters to the smallfoots. This idea comes with complexity, though, especially when you rely on an intermediary to make peace. There’s a scene at the end where a group of friendly yetis stands opposite a scared and aggressive line of police officers in riot gear. You can’t get more political than that and you can’t squander its meaning worse than by having someone who’s neither yeti nor policeman stop them from continuing their cycle of violence. The filmmakers might as well have brought Kendall Jenner out with Pepsi in-hand — that’s how tone-deaf things become. Either make Percy a cop who learns his prejudice or don’t use such charged imagery so flippantly.

Things move from good (science vs. religion and integrity vs. celebrity) to “Did they just do that?” very quickly. The film tries so hard not to pick sides that it risks pulling a Trump by asking whether some Nazis really aren’t that bad. Suddenly that science vs. religion argument might turn into liberalism vs. conservatism with the Second Amendment as its debated scripture. What was a wholesome message can therefore be usurped to fit anyone’s agenda until the “crazies” we’re supposed to feel sad about calling “crazy” are actually white supremacists. The onus is thus placed upon parents to ensure the correct meaning shines through. This is hardly foolproof, though, when our country is full of parents ascribing to an “alternative truth” theory that may opportunistically reverse the film’s intent.