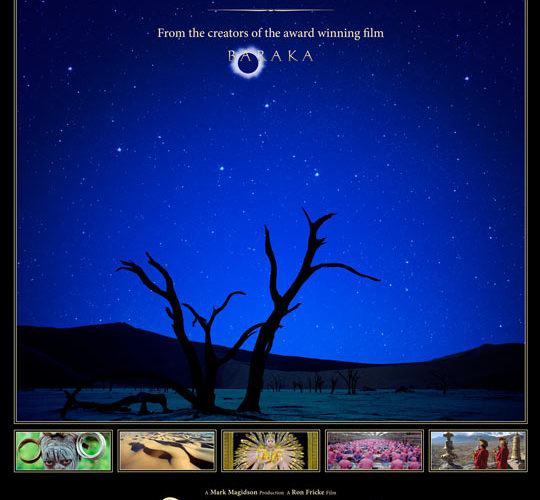 Samsara is not a traditional movie experience by any means, specifically due to the manner in which it defies the standard approach of both narrative and documentary filmmaking. There is no dialogue, no voice over, no story or plot per se. Instead the film opts for something more operatic, eschewing the typical expectations of what a movie should be for a grander vision of the world that maintains a unique universal appeal for people of any culture, race and creed. It is a bold attempt to use the art and language of the moving image as a means for mutual recognition. Yet this universality is slightly undercut by one’s degree of patience, since sitting in a state of near meditation for 99 minutes as beautiful imagery unfolds alongside atmospheric music may not be your cup of tea. However, there is an almost transcendental quality to the masterful filmmaking on display by Ron Fricke and Mark Magidson, who for five years spanned the globe in hopes of capturing the next most awe-inducing sight. Their dedication and passion is projected in every subtle detail making Samsara one of the most breathtaking cinematic experiences this year, as long as you can have an open mind about it.

If you are not familiar with the work of Ron Fricke, he first came of notice as the director of photography, co-editor and co-writer of Koyaanisqatsi, a similarly non-verbal film that was scored by Philip Glass. The film displayed a remarkable sense of camera prowess, capturing stunning time lapses, and effectively using slow motion and optical phase printing to create a unique visual style. Pioneering his passion for 70mm, Fricke went on to make Baraka with Magidson, which in many ways is the precursor to Samsara. Shot in over 20 countries the film became a staple Blu-ray to own as a showpiece for its gorgeous cinematography. But whereas Baraka focused primarily on themes of interconnection, Samsara focuses on the cycle of life, from birth to death making the experience somewhat darker but also more philosophical.

By Sanskrit definition Samsara means “the ever turning wheel of life” and serves as a sort of mantra for watching the film. While there is no conventional plot to decipher, the connections between each spectacular vista are thematically linked by connected moments. From the opening of Buddhist monks painstakingly creating a painting out of sand, a subject covered in great detail by Werner Herzog’s Wheel of Time, to the rigorous momentum of machines and humans in Chinese factories, Samsara is about the pulse of life in the face of hardship.

Fricke and Magidson are also not afraid to stray from shocking imagery, showing graphic scenes of animals in slaughter houses, macro close-ups of mummified corpses and detailing the harsh contrast of wealth and poverty around the globe. There are a few times where the transitional elements from scene to scene do come off as somewhat awkward, but its easy to forgive in the scope of the thoughts provoked. Samsara is a unique kind of cinematic experience that requires a bit of patience from the audience to appreciate, but if you give yourself into it, its a marvel to witness.