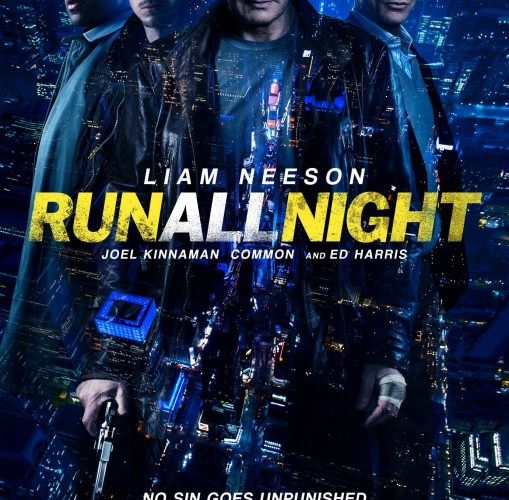 There’s something to be said about knowing exactly what you’re getting and Jaume Collet-Serra is proving consistent enough to deliver that promise through his films. Whereas Luc Besson spins a revolving door of directors to helm his actioners—mostly tongue-in-cheek, over-the-top fare (besides the original hit-maker Taken) he doesn’t deem worthy of his own eye behind the lens. Collet-Serra has carefully chosen a series of scripts from disparate scribes to supply him serious thrills with which to place his visual stamp. The common denominator between them being Liam Neeson is no surprise since he’s definitely embracing this “vengeance phase” of his career, subject matter both filmmakers fuel. You might be tiring of his “redundant” badass born of military and/or mob trajectories, but he’s good at it. And frankly, he’s going to keep going until you stop buying tickets.

I’d like to say the time has come to close your wallets—I wanted to say it before Non-Stop, Collet-Serra and Neeson’s second pairing after Unknown. Somehow they, along with this year’s Run All Night, hit me with enough of a wallop to hold off such declarations. I avoided both Taken sequels like the plague for fear of overkill, yet dove headfirst into this “trilogy” with moderate expectations eventually met by pleasant results. This latest is the weakest due to its director going a bit too crazy on the Panic Room zooms through New York City and writer Brad Ingelsby placing too much importance on family members we don’t care about (a similar sentimentality hurt his otherwise underrated Out of the Furnace script). Despite any shortcomings, though, it’s still a heck of a ride. This can be enough—a film as escapist entertainment pure and simple. If you’ve seen the trailer you know what’s coming and if you rolled your eyes because it’s not to your tastes: don’t go. For those who get pumped up at the thought of high-speed car chases and brutal hand-to-hand combat, however, rest assured Collet-Serra is bringing the goods. Not only that, but you can bet he’s chosen a script able to go beyond generic tropes or at least render them emotionally resonate when necessary. The trailer makes it appear as though Neeson’s Jimmy Conlon killing Ed Harris‘ Shawn Maguire’s son Danny (Boyd Holbrook) to save his own boy Mike’s (Joel Kinnaman) life thrusts these old colleagues together for the first time in years. There’s much more to it than that.

I love the beginning of Run All Night because it supplies so much relevant history. We meet a drunk Jimmy seeking a handout from Danny, either at the request of Shawn or merely a washed up soldier playing the pity card of past glory. We see Mike working at a city gym helping young boys without fathers learn discipline, respect, and honor in the ring; Danny scheming to score a lucrative drug supply; and Shawn expressing how it’s never been about money. Maguire always ran his operation for survival. He was ruthless when needed with Jimmy as his weapon, but also smart after realizing the business’ volatility destroyed much of what he held dear. Family was paramount to both men. Jimmy found leaving to be his son’s salvation; Shawn that keeping his kid close would guarantee his demise. There is a line later on in the film where Neeson’s Jimmy tells Mike how the life he led wasn’t something he could just wash off at the door. He made his choice to run with best friend Shawn, but he didn’t want to make that choice for his son. It’s a clichéd sentiment and one that nine out of ten times should ring false, but for whatever reason works perfectly here. You look at how Danny’s assumptions about his father’s work and easy access to narcotics warped his mind whereas Mike’s upbringing without a dad gave him the chip on his shoulder ensuring he never did the same with his kids. It’s a convenient mirroring with a convenient outcome to assist the plot, but it also possesses honesty in that same context.

The story itself therefore becomes the psychological revelation that both men failed their sons. The result of that failure led them onto a fateful path where one had to die. In other more calculating films where the bottom-line of business was front-and-center, such an end would probably be seen as a hazard of the life. Not here, though. All that set-up of the past, of Maguire’s evolution through the years, shows how large a role emotion, pride, and love plays. Shawn would do anything for Jimmy as a brother, but Danny—no matter how stupid—was his son. This means the one thing he won’t do is forgive. Jimmy took his son, so he will return the favor. It doesn’t matter how many die in the process either, war is waged and all resources are spent. Ingelsby does a great job fleshing out the dynamic between Jimmy/Shawn and Jimmy/Mike. We really get a sense of where each pair is coming from and the actions they’ll take as a result. Where the script gets bogged down is its need to introduce so many examples of Jimmy failing blood. We know about whom he’s killed, whom he’s left, whom he’s let down. We see Mike throw it all in his face with anger before ultimately acknowledging his father is the only person able to keep his wife (Genesis Rodriguez) and daughters safe despite it all. There’s no need to visit Uncle Eddie (Nick Nolte) to rehash or Grandma (Lois Smith) on her deathbed for heartfelt distraction. Doing so only uncovers insecurity that Ingelsby didn’t think everything else had already achieved his goals.

As for the action: the chase between Neeson and a police car with Kinnaman cuffed in the backseat is a pulse-pounding adrenaline rush while two fights—Neeson versus Holt McCallany and Neeson versus Common‘s hitman Mr. Price—are physically exhausting. Every altercation leaves the parties involved bruised, beaten, shot, and/or burned so nothing comes across overly tidy. The fact the Conlon boys can evade NYPD, Detective Harding (Vincent D’Onofrio), and Shawn’s goons for so long is enough for our suspension of disbelief. Leaving them unscathed would be too much. It may seem small, but this is a big reason why I think I like Collet-Serra. His work is familiar at most turns, but he keeps it authentic nonetheless. We care about these people and want them to live. He also isn’t afraid to kill them as a result.