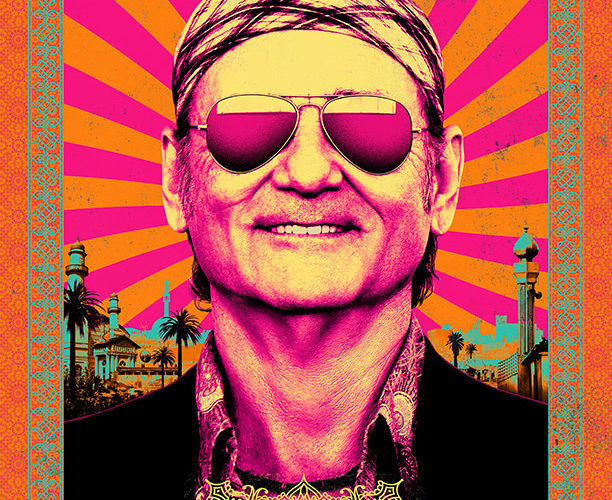 What a difference a year makes. The loveable Bill Murray gave one of his most touching and bittersweet performances last fall in St. Vincent. This year, Murray stars as Richie Lanz, an unlikable music manager searching Afghanistan for a pop idol in Rock The Kasbah. Well, actually that sales description is partly misleading. The film as a whole is much worse than that, digging into perhaps the least interesting part of a more interesting story.

Lanz is an unlikely entry into this world, and Murray, as amenable as he is, can’t seem to flesh out this guy, a down-on-his-luck womanizer whose business includes telling no-talents they’ve got what it takes to be a star if only they’ll write him a check to cover his representation fee. The actor’s done the nasty-old-man-with-a-heart-of-gold thing well before, but this film’s problem is that its heart is not in the right place.

All the elements are here, which makes this all the more baffling including smart stars and a director, Barry Levinson, who has worked in the political satire genre before more effectively (Wag The Dog). The film co-stars Zooey Deschanel as Ronnie, an aspiring singer-songwriter who’s told to only sing Meredith Brooks covers by Murray. Quickly Lanz is encouraged to take her on a USO tour and somehow he’s quickly able to book her. The moral of the story early on is during war time there is money to be made – real heartwarming stuff, ya know?

Kate Hudson stars as Merci, a prostitute that has somehow found her way to Kabul and promises Lanz a night he won’t forget. The morning after inspires the film’s only laugh, and a cheap one at that. The film’s screenplay (by Mitch Glazer) and timing are off, cruising on autopilot for much its torturous 100-minute running time. The third act, which has been promoted as the meat of the film, arrives far too late. By then the capital and good will of otherwise likable performers has been squandered in uncomfortable situations, which fail to amuse or engage.

The film’s third act finds Lanz promoting for his own self-interest a Pastun girl, Saliam (Leem Lubany – star of the thought-provoking Omar just last year) as she controversially finds her way onto Afghan Star. She, like Merci, is essentially used by Lanz to pay his exit fee out the country, as he’s held captive by Bombay Brian (Bruce Willis), an American mercenary who sneaks Ronnie out of the country.

Rock the Kasbah is a piece of head-scratching bad, ugly business. While at TIFF this year I saw Barbara Eder’s intense media-during-war time satire Thank You For Bombing, an angry film that has a distinct point of view about these war-time sharks. That picture has a clearly defined thesis; while not subtle, it pushes the envelope evolving into a very dark comedy. Levinson’s film is never clear as to what it’s intentions are; an interesting film can and has been made of unlikable characters, but any chance of that is squandered at every time here. Played for laughs it simply doesn’t work, and it’s never coherent enough to explore the economies of war. Also baffling is the Merci character – why would such a smart actress allow herself to play such a one-dimensional role as part of a sexist fantasy?

There is simply no excuse for this film and I imagine it will fade quickly from your local multiplex. Surely the best explanation is that bad movies do happen to good people.

Rock The Kasbah is now playing in wide release.