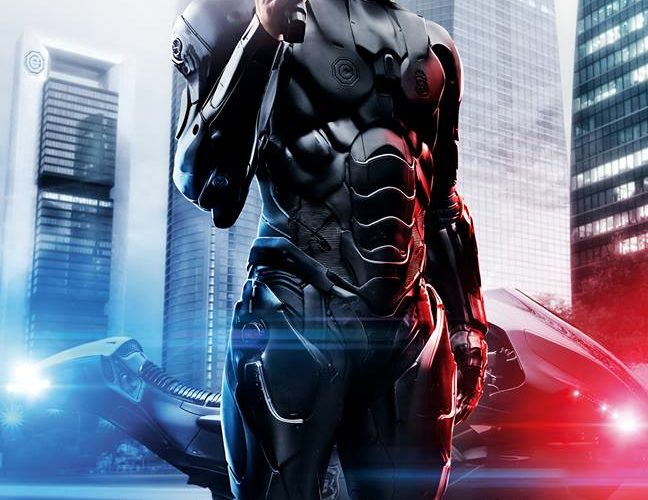 How practical, really, is a RoboCop?

A rigorous machine guided by the impulses of a human brain, packed into an ass-kicking, cyborg form and loaded with weaponry and intel that make it nigh-unstoppable if it goes haywire. That’s never seemed like a sure sell, not in the original Paul Verhoeven film—where the absurdity was part of the satire—and certainly not in any of the pathetic sequels. Along comes José Padilha’s mostly irrelevant remake, offering a novel reason for its existence; it’s relentless in its effort to make us believe in a world where something like RoboCop could actually exist, and maybe even make a difference.

Although this new RoboCop isn’t a patch on the original film, or a great movie on its own terms, it must be said that it’s far and away from the derivative disaster it could have been. Fans of Verhoeven’s satirical classic won’t even have to spend the whole time comparing entities; outside of a few half-hearted call-backs, Padilha isn’t really interested in retreading the first movie. In place of the ultra-violence, graphic novel flourishes and sardonic wit, this RoboCop gives a mostly sensible Friday night action outing, laced with modest character development and provoking a little thought here or there. Was it worth the effort and talent that went into making it? That’s up for debate.

Joel Kinnaman (The Killing) plays Alex Murphy this go-around, the dogged, morally upright Detroit cop who gets annihilated by crime lords working in cahoots with a corrupt police department and is then brought back by corporate scientists looking to use him as the breakthrough in their new robotic law enforcement campaign. Although he seems too wispy at first glance to fully convince as a no-nonsense police officer, Kinnaman offers up a more human and poignant RoboCop than Peter Weller’s version and grows into the role in a way that endears the character to us. That’s not to say this is a better performance—Weller was essentially Frankenstein’s monster, virtually dead save for some very electric flashes of conscience—but it’s by all counts a different one, and Kinnaman summons thoughts we never had before regarding RoboCop. Can he solve his own murder and still be a father for his distraught son? I never pictured RoboCop clunking his way to ‘Career Day’ at the local elementary school, but I’d be up for that if there is a sequel. This Murphy isn’t just an unfortunate Joe, plucked because he could be assimilated unknowingly into Omni-Corp’s robotic puppet; he’s been selected because of his humanity, and it’s that quality that Omni’s founder, Ray Sellars (Michael Keaton), needs in order to get Congress to overturn a ban on using robot law enforcement on American soil.

If Sellars can get the benevolent Dr. Norton (Gary Oldman) to use his cybernetic skills—to fuse the crippled and physically devastated Murphy into a viable, rational robotic cop, then he can prove that the moral, human element makes all the difference. Even with all the big technical resources behind him, Norton seems to realize this is a crazy endeavor, but he sallies forth and succeeds, putting a new enforcer on the streets, one whose been downloaded with all the booking records and camera feeds in the city, and has the firepower and metal necessary to wreak havoc on the criminal underbelly.

As RoboCop lurches forward, in fits and starts, not unlike its titular hero, it becomes clear that  Padilha wants us to take this movie at its face value; a straight-forward action movie trying to tell a serious story. There aren’t any villains as colorful as Kurtwood Smith or Ronny Cox, and surprisingly, OmniCorp doesn’t feel like an evil conglomerate but simply an opportunistic business that will compromise just enough to succeed. Until an unlikely and unnecessary turn of character in the final reel, Keaton’s Sellars is a reasonable CEO, making choices for the bottom line, but always using savvy to get there. In fact, the lack of easy targets—save maybe Samuel L. Jackson’s conservative TV host—helps this RoboCop make an interesting observation; gradual concession and compromise can be as horrifying as cold-blooded corporate greed. Caught in the midst of all this is Kinnaman’s Murphy and his wife Clara (Abbie Cornish) and son David (John Paul Ruttan). At first Murphy is all too aware of what’s happened to him, and a frightening scene where Norton lets him see himself in a mirror—what’s really left underneath all the hardware—is the emotional lynchpin of the film. As Murphy and his family try to move forward, Norton is pressed by OmniCorp to find ways to push the robotic intelligence to the forefront, ultimately resulting in something not that dissimilar from the hulking ED-209 robots or the completely artificial ground units that scour the streets of Afghanistan. I enjoyed these family sequences more than the flat attempts at satire that Jackson’s television excerpts represent, but ultimately they aren’t enough to overcome the film’s sense of been-there, done-that.

Like most recent pictures, when RoboCop happens on to something truly interesting—say Oldman’s performance or the medical ethics angle—it abandons it for a shoot-out or Murphy’s predictable quest to bring his killers to justice. Director Padilha demonstrates some of the gravity and grit he brought to the Elite Squad pictures, but his action scenes here—conforming to PG-13 standards—feel dramatically, as well as visually, neutered. Even a late-in-the-game battle with the monstrous ED-209’s lacks the colorful charm of the original; to defeat his nemesis there, RoboCop merely introduced them to a flight of stairs. All other battles—including a night-vision assault through a darkened factory—simply replicate the conflict and geography of video games.

I wouldn’t have considered the original RoboCop a film of great nuance, but that’s exactly what’s missing from this entry; those little details that formed together to create a living-breathing world of cartoonish but honest discord. From the faux game-shows and nihilistic commercials to the way Weller’s Robo sought for creative ways to defy his programming, Verhoeven slathered his film in personality. Here we’ve just got an action movie about a half-man, half-robot that makes the audience feel the same as Alex Murphy: stuck between worlds.