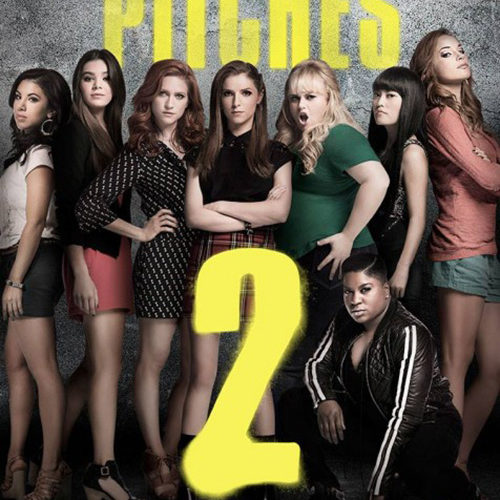 Part of the joy of the first Pitch Perfect was how unexpected it was. Every moment of heightened reality, every non sequitur, every cartoonish facet of each performers’ character was a blindsiding delight. Watching this zany group of misfits learn to work together, build up their strengths, and take down the competitions was a comedic romp that was highlighted by genuinely enjoyable music numbers. The movie as a whole was a strange, inventive, entertaining surprise that brought together a great group of comedic performers and let them loose in the most charming way possible.

Needless to say, a sequel, while beside the point and utterly unwarranted, is not wholly unwelcome. The question for the creative team charged with making this film is how to up the stakes and how to make the whole thing unexpected and exciting again. That they don’t exactly succeed is more a testament to the quality of the first film than the quality of this sequel, and in spite of the shortcomings from a story standpoint the characters and musical numbers still make Pitch Perfect 2 a charming, winning, and most importantly, entertaining film. The issue here is one that many film fans might know as the Ghostbusters 2 problem. The last film ended with our characters, the Barden Bellas, on the top of their game and in a position of nearly unassailable victory, and so to return them to their underdog status the film must bend over backwards to bring them back down to the ground. In the case of this film, that downfall comes in the form of Fat Amy (an always game and reliably hilarious Rebel Wilson) accidentally flashing the President and a national audience during a spirited but cluttered a cappella performance. The ensuing national outrage bars the Bellas from being able to recruit or perform, but they make a desperate gambit to save their group. If they can win the World A Cappella Championship then they can reclaim glory not just for themselves, but for the entire United States.

Standard sequel components are all in place. Victory from the past film diminished, confidence broken, and bigger stakes set. Also in place are all of the lovable things from the first film. Anna Kendrick‘s Beca is no longer the lone center of the film – the Bellas as a unit are the real protagonist – but she makes her scenes sing with her stuttering, flustered performance that somehow never robs her of her competence. Wilson runs away with her advanced and deepened character arc. A new addition to the team, played by Hailee Steinfeld (True Grit) lends the film a renewed naïveté of heart that serves to balance out the otherwise familiar territory. All the other players get to indulge their various quirks as well, and despite one Guatemalan character (played by Chrissie Fit) who espouses some at times uncomfortably broad and cliched jokes at the expense of her hispanic heritage, they all sing.

Speaking of singing, the main draw of any new Pitch Perfect film is, of course, the music, and this film more than delivers in that category. Between the Bellas, backed by Beca’s superb ear for mash-ups, bring an expected energy and inventiveness to the showcase. The biggest and best addition, however, is the German team, Das Sound Machine, which serves as the Bellas’ new antagonists. They are bigger – in both numbers and stature – and bolder than the Bellas, with the kind of mechanical sound that you would expect from a hilariously stereotypical group of German performers. Their opening number had my toes tapping, and their showmanship off stage is just as good as on stage.

The plot meanders more than one would expect from such a seemingly straightforward plot – Beca’s internship and the work needed to rebuild the Bellas’s teamwork skills drag down the proceedings – and the finale lacks the emotional resonance of the first film’s. All of this being said, though, Pitch Perfect 2 gives an audience more of what it loved from the first film, and in a case like this, where the showmanship is way more important than storytelling anyway, that is what matters. You’ll laugh, you’ll suppress the urge to sing along, and you’ll quote the movie afterward, just like with the first one, and that is more than enough to recommend.