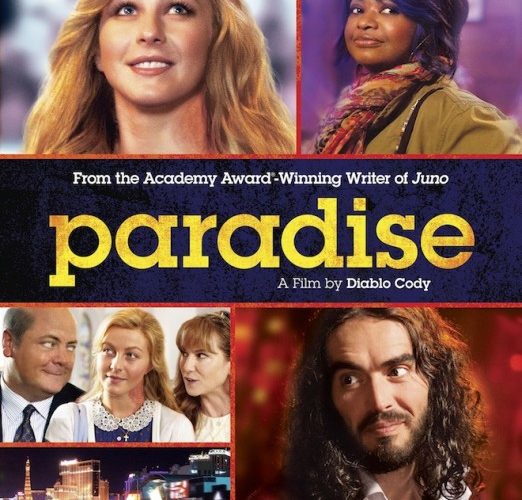 My first trip to the Toronto International Film Festival had me arriving at the box office with vouchers and no clue about what to see. Ready for anything, my friend and I took a chance on Juno, based solely on our enjoyment of Thank You for Smoking and our intrigue in Ellen Page’s follow-up to her fantastic turn in Hard Candy. It was a great choice: funny, fresh, contemporary, and accompanied by a Q&A with director Jason Reitman and first-time screenwriter Diablo Cody donning a Superman tee and a giddy smile. It seemed as though we were experiencing a brand new voice that would take over Hollywood with her acerbic wit and eccentrically endearing way with language. Ask me today and I may wonder how I could have been so wrong. With two more screenplays under her belt—one I enjoyed enough (Jennifer’s Body) and one I found excruciatingly mean and tedious (Young Adult)—as well as a television show in United States of Tara, I found myself asking whether Juno was as good as my top ten of 2007 ranking had me remembering. Maybe those other two films got lost in translation; maybe her getting behind the camera to direct her next script entitled Paradise was just the thing to reinvigorate the promise that has been depreciating for six years. It was this reason alone (and its intriguing cast of two very funny men and two Oscar winning actresses) that I went into the film without preconceptions, ready to let the work speak for itself. Good intentions aside, Cody’s one trick may officially be played out.

Juno toyed with convention, subverted cliché, and actually created its own. Seriously—how many copycats tried to capture its hipster chic cuteness afterwards to middling success? Add Paradise to the list as it takes Cody’s own clichéd, heightened reality and unabashedly tries way too hard in doing so. You can’t get more convoluted than a story about a programmed Catholic girl from Montana getting a second chance at life after being burned alive in a plane crash who renounces God and goes to live in the one place her naïve mind can think to be a hedonistic wonderland of sinfully delightful experiences: the Las Vegas Strip (aka Paradise, NV). It’s so hamfisted that her first friendly encounter there jokingly asks whether she’s stepped into the first five minutes of a porno upon hearing the set-up. But here’s the thing: I’m pretty sure Cody does this intentionally. That line alone is so self-reflexively on the nose that it would be a travesty if she hadn’t. Add our scorched girl Lamb Mannerheim (Julianne Hough) having scar tissue everywhere but her face; new friend Loray (Octavia Spencer) literally calling out the fact she’s the tale’s “Mystical Negro” trope; narration so blatantly, tongue-in-cheekly fish-out-of-water, and it all plays like satire. A big part is also Hough’s rather limited acting skill—this wide-eyed, religiously scorned cutout devoid of personality is probably her best performance—tacking broad theatrical expressions onto every punch line. She makes the film a feature-length eye roll; something far from horrible until the grand “lesson learned” finale proves the movie is exactly what I thought it had been mocking.

Even that end confuses, as Cody’s moral epiphany brings along more parody. It’s one thing to discover Lamb’s parents (Holly Hunter and a bald Nick Offerman) are “tolerant,” but to have them subvert that revelation by saying, “as long as your beliefs remain very conservative” is too much. The joke is there, but Cody appears unable to let it exist on its own. Her constant desire to shove them down our throats ruins any humor they would otherwise possess. If she spent less time on that and more on fleshing out the story, Paradise could have been a lot better. Instead it’s as though she thought adding more comedy would help us forget the emotional connection built by Lamb and her new Vegas friends isn’t anything more than the device to include said comedy. It’s a shame, too, because Spencer’s Loray and Russell Brand’s bartender William are the film’s highlight. They’re damaged creatures in their own right—something Vegas is apparently a magnet for in its escapist carnival of lights—who at one point discuss how they haven’t been “good” since grade school, yet are now putting aside their checkered personas to help this helpless girl find answers. But you can’t let such a revelation exist in one throwaway exchange, not when it’s a huge part of how they interact with the lead. Again, though, maybe their willingness to be better for Lamb is part of the satirical tone Cody hopes to express (the original title was Lamb of God). Maybe her sacrificial martyr is helping them realize they’re more than the preconceptions they’ve allowed to rule their lives too.

Cody gives the aesthetic some nice flourishes with scripty captions labeling Lamb’s saccharinely country bumpkin-infused “Seven Deadly Sins”—#3 Firewater, #5 Rhythmic bobbing, #6 Tingling sensation—as well as the comic narration. There are flashes of greatness in Spencer’s and Brand’s relationship together and a nice scene between Hough and Kathleen Rose Perkins’ prostitute Amber, but something always happens to derail the tone just when it seems to be working. Cody wants to temper the comedy with drama yet does too much with each to allow the transition to be natural. Instead, the whole becomes a jerky mess of starts and stops that spends a lot of time to say very little. And what it does eventually say isn’t something one “pity date” in Vegas—no matter how manipulated—could actually provide.

Paradise is currently on VOD and opens in limited release on Friday, October 18th.