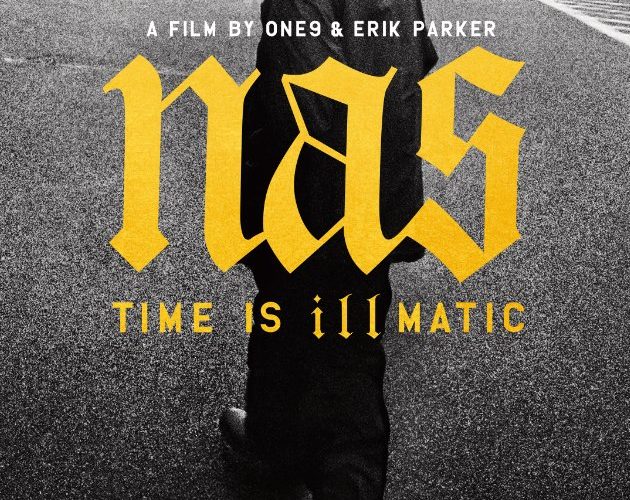 Tracing the life, times and political ideology behind Nas’ groundbreaking 20-year old album, Time Is Illmatic is a new seminal hip-hop documentary. Much like Lauren Lazin’s Oscar-nominated Tupac: Resurrection, Illmatic director One9 has crafted a fascinating look behind the political ideologies that shape the work and legacy of Nassir Jones’ career. Both films are hypnotic, allowing the artists they chronicle to speak in direct address by narrating and each can be considered a kind of skeleton key to the music. Doing so, One9 crafts an effectively immersive experience. Tracing his ideology from his father’s roots in Natchez, Mississippi to Fiorello LaGuardia’s housing projects post-“White Flight,” the film continually evokes powerful images via archival footage, direct address and newly shot footage, including Nas’ return to Queensbridge.

Much has changed since 2Pac’s public fight for hip-hop to become a tool of social change. Time is Illmatic briefly chronicles a new fellowship named for Jones and an archive project undertaken by Skip Gates (a Harvard professor once arrested for the “crime” of being black in his own home). The awkward marriage between what started as rap battles in the project and the highest levels of academia is worth further exploration in a feature documentary. One9’s picture could supplement a future exhibit in the archive, as an oral history of Illmatic, a raw album recorded by a 20-something Nas and inspired by the Queensbridge housing project. The film’s speakers represent a diverse group, from intellectuals discussing the conditions leading to the creation of Illmatic, including Cornell West to Nas’ childhood friends, who provide a kind of behind-the-scenes look at his lyrics. The approach is mesmerizing with a narrow focus that becomes broader as the impact of Illmatic is discussed later in the film. The impact is slightly diminished as the story grows to include strands (including the work at Harvard) that would seem worthy of their own film. Having seen the film twice, my affection for it grew upon my second viewing: visual artist One9, making his feature film debut, originally started this project independently of Nas, later seeking his participation. It’s appropriate, as the film feels less like a legacy building-work than an absorbing independent documentary that captures a unique time and place, feeling personal and political with raw anger and energy.

Brief, informative and direct, the historical details post-Illmatic grow less interesting (it’s influence is confirmed on-camera by artists including Erykah Badu), yet the film’s first half is electric and engaging. Tying it all together through tight editing by One9 and David Zieff, even with a brisk running time the film packs an awful lot of information. Certain passages are perhaps more interesting and more developed than others (including Queenbridge’s rivalries) while others may inspire furthur research and audience interest. Effective, Time is Illmatic feels like essential viewing in an undergraduate college course on the genre, but for hip-hop grad students its just scratching the surface.

Nas: Time Is Illmatic is now in theaters and available on VOD.