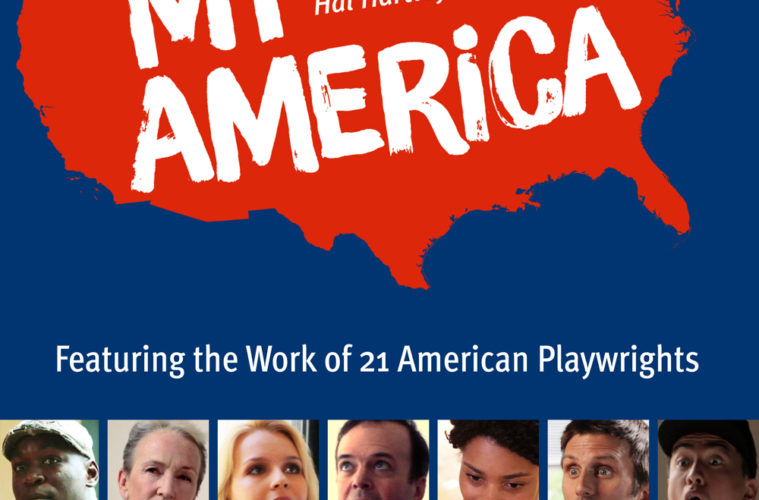 Collaborating with Baltimore-based Center Stage in My America, director Hal Hartley directs a series of monologues and performances attempting to crack a specific code code: what is this thing we call America? Hauntingly direct, occasionally angry and reflective of experiences that attempt to embody the whole of the country, it, like the fascinating Charlie Victor Romeo remains minimal. The selected writers, including stage writers who’ve crossed over into staples of the 90’s indie film scene (Neil Labute and Danny Hoch, to name a few) embody a mostly urban experience of America. Perhaps this is more reflective of “American” than the isolated pockets of populations we come to associate with the real “America” as romanticized in country music. Hartley and the writers tend to not cross that boundary — there’s plenty of white people problems, lots of anxiety, and a few stereotypes, but My America mostly plays it safe.

Patriotic while occasionally sounding an alarm, a specific sketch involves the sale of the country to foreign investors (written by Lynn Rosen and performed by John Ellison Conlee). Certain sketches do meditate immigrant experience, including Flatland by Lauren Yee and performed by Johnny Wu and Danny Hoch’s politically charged Phil. A bright spot in the monologues, Phil (Marc Demon Johnson) has a dense conversation between a white kid (the camera) and a shop owner who rallies against anyone who isn’t him, from other Latin communities in the ever-changing neighborhood to those damn hipsters moving in and raising the rents. In DeBlasio-era New York City, we need Danny Hoch’s perspective more than ever; he diagnosed these problems through his earlier work including his one-man show Jails, Hospitals and Hip Hop. Many of the monologues meditate on the nature of personal patriotism, including Anthem by Gwydion Suilebhan (performed by Cody Nickell) and Cake by Bekah Brunstetter, in which a mother frantically prepares for a 4th of July BBQ (Jennifer Mudge) while having a conversation in a supermarket with a friend who recently lost her son in Afghanistan. Others tackle issues like race and education disparities including Kristen Greenidge’s Hit and Run (featuring Kelly McCreary as a women with a masters degree processing a loss). From a Distance is a spoken word hip-hop performance meditating on contemporary issues involving race and the inner-city, written and performed by The 5th L.

Others focus on #WhiteGirlProblems, including Neil LaBute’s Current Events, performed by Gia Crovatin as a girl who just wants a modest house (with a guest house!) in Westchester because that’s how she was raised and Alana Smith’s Miss America with Christy McIntosh as a disgraced Miss America contestant regurgitating Rush Limbaugh’s idiotic notion of how birth control works.

All and all, My America delivers a series of interesting conversations on the American condition. Some are original and essential, others are sympathetic to certain view points (including Smith’s Miss America). This is a challenging film to “criticize” because it simply is what it is; a bit messy but that’s America, baby.

Still, it’s a difficult feat to undertake, and certainly voices are missing. Real voices (verses medicated voices) can be found captured and broadcast via a number of initiatives like StoryCorps and radio shows This American Life (which did eventually cross over into visual storytelling). Here, the performances are all uniformly solid and while the film could exist as an audio experience (the visuals are minimal as the camera is mostly kept on sticks), there’s a certain amount of intimacy achieved.

My America is now streaming exclusively on Fandor which is likely where it fits best. At 78 minutes it can be also consumed and digested in chunks, which wouldn’t be a bad way to experience it.