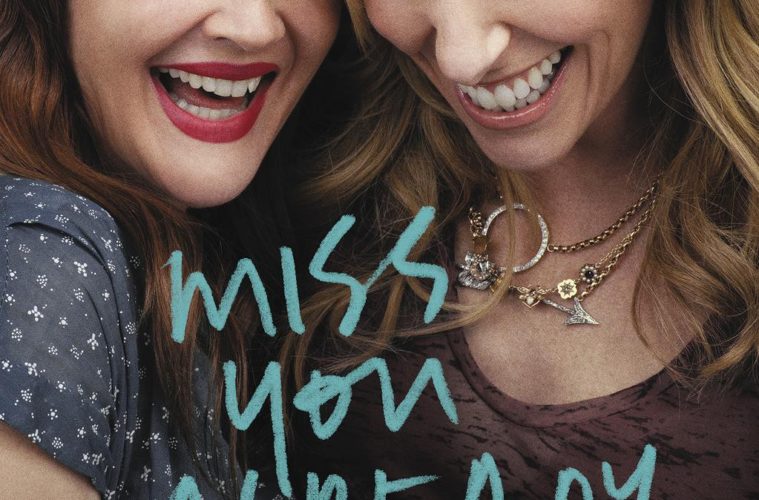 Miss You Already is the rare cancer movie that’s uninterested in holding the audience hostage. Rather, it uses the context of a cancer story to show the totality of two women in their most difficult moments. With a warm and crowd-pleasing, but unusually sharp, script from Morwenna Banks and intimate and bracing direction from Catherine Hardwicke, Miss You Already recontextualizes beats of the cancer movie sub-genre into a story about the bulletproof power of female friendship.

Through a flurry of shared memories, the connection of leading ladies, Milly (Toni Collette) and Jess (Drew Barrymore), is established. They are ostensibly types, with Jess playing the sensitive humanitarian, and Milly playing the wild child, but those characteristics don’t predetermine their actions. It’s here and throughout that Hardwicke demonstrates a quietly subversive voice. Collette’s Milly isn’t demonized for being outwardly sexual or shacking up with a rockstar. In one of many indications of self-awareness, the movie even feigns towards rom-com formula with a scene where Milly tells future husband Kitt (Dominic Cooper) about being pregnant only to show him initially gobsmacked before embracing her in excitement.

The story primarily takes place three decades later after meeting. Jess and Milly are still die-hard friends, but they’re facing trying challenges. Jess is frustrated after years of trying to conceive with Jago (Paddy Considine), a selfless blue-collar heartthrob. Milly, meanwhile, is struggling with how to break the news to her family after she’s diagnosed with breast cancer after a routine check-up. It’s a two-hander with Jess and Milly sharing lead duties, but there is a greater emphasis on the effects of sickness on Milly’s home life. Sidelined from her PR job, Milly’s mounting health frustrations are reflected through her relationship with Cooper, who is struggling to juggle work, kids, and the increasingly self-involved behavior of his wife. Cooper brings a winning sincerity to his chemistry with Collette, bringing an unexpected empathy to scenes that could topple over into didactic “good/bad” relationship dynamics.

Milly’s impulsiveness is also straining her friendship with Jess, who’s bending over backwards to help Milly cope. Barrymore’s Jess especially shines in these moments with an easygoing, familial charm that recognizes the darkness of the situation without feeling patronizing.

While recent movies have depicted a blanket pain of living with cancer, Hardwicke doesn’t flinch from the particulars. It’s not only the daily ailments, but the specific pains of self-perception. An early scene of picking out a wig after chemotherapy crackles with light comedy before a razor is introduced: a grim symbol of impending change.

Other scenes mine issues like self-doubt about attractiveness and a waning sex life. Collette easily sells these scenes with her modulated emotional sea changes, but these are ideas also given ample room to breathe within the script. Jonathan Levine’s 50/50 attempted to parse some of this same emotional terrain, but those experiences felt more general. Hardwick and Banks take pains to distinguish these moments through the lens of a woman.

That lens especially comes through in the celebratory treatment of sex whether it’s with a pregnant woman or someone with cancer. Sexy and spontaneous, the scenes have an explicit feminine gaze, with an eye towards male skin, and more crucially, the joy of sex. It’s rare that a movie, let alone a PG-13 movie, will just let an actress laugh and talk to their partner during a sex scene without having it devolve into comedic mishap. These moments are not about misfortune, but the exuberance of the moment.

Hardwicke’s directing has been criticized before, and her sensibility doesn’t always cohere here, with camera techniques that lean toward diaristic and evoke home video footage. The camera work is primarily handheld, roving over the players in all of their blemished glory, and some shots are so claustrophobically close that they could be shot by the people in the scene. This is particularly effective in a few scenes that take in the totality of the moment in extreme close up, but this prolonged intimacy does at times feel numbing and repetitive.

Miss You Already doesn’t always come together, but it does continually feel well-intentioned and conceptualized. Even a misguided third act tangent involving a charismatic bartender (Tyson Ritter) sparks with life, and leads to a scene that reinforces the generous attitude towards independence. And while a few other scenes are tonally jarring — particularly one taking place on an oil rig — mashing together broad comedy with drama beats, they’re small writing misfires in a script that otherwise feels endearing and fresh.

By the end, Miss You Already has less in common with the cancer genre than female friendship odes like last year’s Life Partners. The stakes are dramatically different, but the movie understands that for some women that best friendship is always going to be the center of their life.

Miss You Already is now in theaters nationwide.