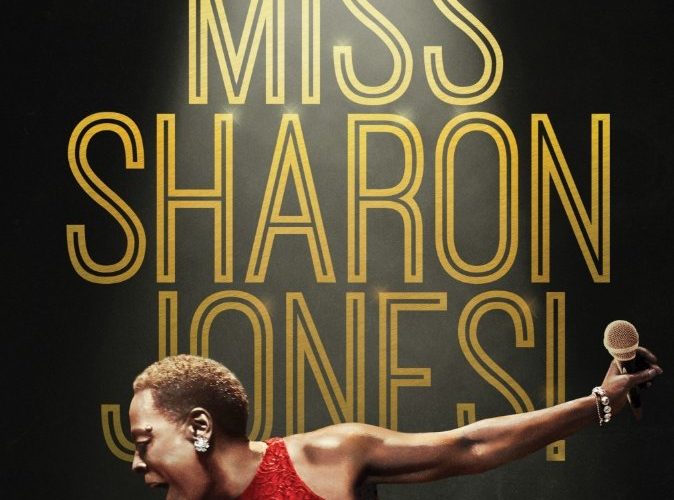 A cursory spin of the works of Sharon Jones could leave one with the impression that these tracks were recorded in the golden era of soul in the late ’60s and early ’70s. But that’s not the case. Formed in the mid ’90s, Sharon Jones and the Dap-Kings are a Brooklyn-based funk-soul revivalist band whose tastes remain locked in that gorgeous bygone era. Despite their lack of radio success, the band has developed a huge following worldwide with Jones herself often being described as the female James Brown. When Jones met the Godfather of Soul early in her career, he affectionately dubbed her “his daughter,” a compliment which so moved the singer that her eyes can be seen rimmed with joyful tears in the resulting photograph. Before rising to this critical and audience acclaim, Jones even supported herself as a corrections officer after being told by a record company executive she was “too short and too dark skinned” to be a music star.

In 2013, Jones was diagnosed with stage two pancreatic cancer, a tragic turn which causes her bustling career on-stage to be reluctantly put on hold. Filmmaker Barbara Kopple‘s tenderly life-affirming documentary account of this period, Miss Sharon Jones!, charts the singer’s soaring highs and painful lows with inspiring strength and dignity, revealing Jones to be a lively and utterly unsinkable woman. Kopple’s film doesn’t dwell on the early hardships for long, as her subject is too indomitable to be dissuaded from her artform by institutional racism, let alone her pressing medical problems.

Jones’ music, an ever-present element in the film, always hums in the background until finally taking center stage when Kopple offers an extended glimpse of the Dap-Kings in concert. Even in the studio, a remarkable purity of artistic conception and execution can be witnessed as these musicians collaborate to make the exact album they heard in their heads. There’s no creative squabbling or record company interference. This is not that type of documentary. (The group is signed to Daptone Records, so I’m sure you can do the math.) This is a family who know each other very well, and as they attest in the film, have even spent years cramped on tour vans forced to smell each other’s sweat.

There’s an endearing motherly quality in Sharon Jones’ interactions with her fellow Dap-Kings. Late in the film, Jones storms out of a meeting after she’s informed the band wants to skip lunch. Sharon had been looking forward to going out to eat together as a team. As she leaves, scolding her boys, they finally jump to their feet, apologetically agreeing to lunch. If this is a family unit, Sharon Jones is unquestionably the Queen Mother.

The joyful charm found in the short sequence in which Jones goes fishing is one of the film’s most unexpected delights. It’s a sunny day and the grass is green, but something isn’t quite right. “I can’t go fishing without a cigar,” Jones exclaims, before lighting up a stogy on a riverbank, fishing rod tucked under her arm. Brimming with every note of the singer’s passionate life and attitude, Kopple’s film adeptly pinpoints the amiably specific nuances of Sharon’s personality, a gracious and matronly woman who nonetheless kicks aggressively loose when her music hits, and valiantly wages one hell of a fight with cancer.

As her cancer diagnosis brings their touring schedule to a standstill, along with their long awaited plans for a new album, the band members hold their breath, hoping for a miracle. Her manager, Alex, remains by Sharon’s side the entire story, another younger man who has come to see this woman as much more than merely his employer. One of the horn players eventually accepts a new gig with The Roots on The Tonight Show with Jimmy Fallon, but Jones bears no hard feelings. Perhaps artistic aspirations can wait, but without Sharon on-stage with her Dap-Kings, the band is left without a steady income, and a mounting stack of bills to pay.

Kopple is best known for her Academy Award-winning documentaries Harlan County USA and American Dream, both about labor strikes. She also captured a disarmingly insightful private portrait of Woody Allen in Wild Man Blues. Much like her study of Allen, Kopple’s camera catches fascinating snapshots of Sharon Jones at her most charismatic and alive, a true artist who cannot help but see the world differently. Watching the film, tears of joy alternate with bursts of warm levity, in particular one of the most endearingly funny moments occurs when Jones loses her shoe, mid-performance. When Sharon laughs, we laugh too, because what else can you do? The show must go on, whether or not you’re wearing shoes. A poignantly uplifting triumph, Miss Sharon Jones! is a deeply moving and often tearful victory lap after a life-altering struggle.