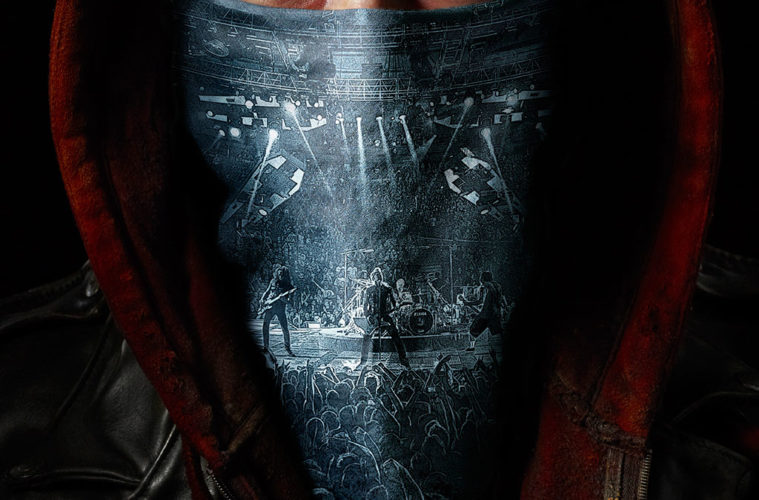 [Review] Metallica Through the Never

There’s no getting around Metallica‘s status as legends, even if, over the years — after millions upon millions of the group’s albums have sold since they broke out of the heavy metal scene — they’ve garnered an increasing reputation for not being quite what they were in the old days. One thing is certain: these guys can still put on a hell of a show. Enter Metallica Through the Never, a hybrid of the concert film and traditional narrative that utilizes IMAX 3D to be bigger, badder, and louder than ever before. For a loyal fan, this is something of a godsend. If you’ve never enjoyed Metallica, I guess it stands to reason that this simply isn’t for you. The narrative is too thin to truly grab your interest for long, despite it being clear that the group wanted to make sure the concert wasn’t a dominating force. While director Nimród Antal does an admirable job of trying to strike a balance, it simply cave in to Metallica being the main draw here. So yes, there is a storyline, but Metallica is playing throughout pretty much the entire film. While there are gaps where action following a roadie, Trip (Dane DeHaan), takes both the aural and visual focus, such moments are fleeting.

Trip is given the task of retrieving something while Metallica plays a huge concert — but, while, the band is focused on giving their massive audience the experience of a lifetime, DeHaan’s character must navigate the chaos that’s broken out in the town outside. Throughout the film, the use of 3D attempts to put us right into the action, to mixed results: some of the concert footage is pretty immersive, what with constant pyrotechnics, moving setpieces, etc. occupying the stage. For the Metallica fan this will, again, be a great up-close-and-personal experience. (I should mention that I am coming at this as a fan myself; I can’t imagine the innumerable hours I’ve spent listening to their catalog.) The music throughout is mainly focused away from newer albums, allowing standouts from Kill ‘Em All, Master of Puppets, Fuel, Ride the Lightning, and …And Justice For All to comprise the bulk of the songs. The real takeaway, here, is that Metallica were smart enough to try to breathe new life into the concert experience by seeking a storyline to accompany all the thrashing. (Band members James Hetfield, Lars Ulrich, Kirk Hammett and Robert Trujillo all share a co-writing credit with Antal.) This is certainly the only time this has ever been done on a screen this size, in terms of a straight concert that influences and seems to affect the storyline outside of the venue, and it’s pulled off in a clever manner that makes the experience more than just seeing Metallica rock out. There are some moments of humor, and all the band members seem to be playing up to the cameras, breaking the fourth wall insofar as a concert / narrative mixture may or may not allow.

Although it’s a slight shame that this doesn’t really give us a sense of who they are as band members, numerous documentaries — the excellent Some Kind of Monster being most significant — fill that void. Metallica, as a whole, have perhaps six lines of dialogue, and if you’ve never seen Metallica in concert, I imagine you can’t have a better experience short of actually forking over money for a live ticket. For the hardcore fan who’s witnessed them in concert numerous times, this will be more than just a rehash of what you’ve seen, considering the heightened level of production employed for this concert and the interwoven storyline. But those looking for some intricate and intriguing story with just Metallica in the background will not be pleased; perhaps, with a smaller band, the story could gain stronger hold and lead to something truly different. As it stands, Metallica Through the Never is a creative experience tailored towards the metalhead looking for a little extra.

Metallica Through the Never hits theaters on Friday, September 27th.