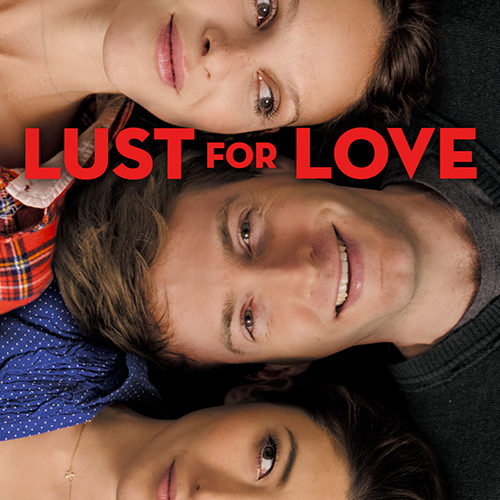 First-time writer/director Anton King‘s Lust for Love is primed for audience consumption two years and change after its Kickstarter campaign went live. A labor of love for a group of creative friends—previously brought together on Joss Whedon‘s Dollhouse—this indie rom/com is a cutely funny tale refusing to hide its conclusion from frame one. Anyone who has ever seen a movie knows that a guy asking a girl to teach him how to win back his ex inevitably sparks something between them that neither party saw coming courtesy of inhibitions being left at the door in lieu of naked faults. With a lack of sexual expectation equaling the absence of awkwardly attempting to be someone you’re not, you also notice your object of affection may have changed once discovering the confidence you lacked. I like this about King’s script because he isn’t trying to pull one over on us. He knows he’s created a film whose plot hinges on a well-worn cliché and as a result must put all his effort into the characters so we may forget the machinations and lose ourselves in their interactions and humor instead. We’re in on the joke when Astor (Fran Kranz) solicits Cali’s (Dichen Lachman) help to learn how to “be a man” and sweep the girl he’s loved since the age of four off her feet rather than repeat being the doting schoolboy prone to smothering he always has. We buy into her promiscuity and surface nonchalance just as quickly as we accept his anxious nerves when confronting the fairer sex. So why not simply sit back and watch the hijinks?

Thankfully we’re faced with the choice to do so right away, posing the decision to either settle in or stop before frustratingly getting too far. It’s here where Cali agrees to become Astor’s contemporary Cyrano de Bergerac by feeding him cheesy pick-up lines and teaching him the art of rejection while moments of exposition trickle down via flashbacks during their evening barhopping conversations. We learn how Mila (Beau Garrett) finally let Astor into her heart after drunkenly letting her emotions flow freely into his waiting arms weeks before. And as we roll our eyes to his saccharine retelling of how he commenced every date by sweetly bringing a bouquet of tulips increasing one flower for each day they were together, the image cuts back to Cali listening, laughing, and doing the same. He has a lot to learn. This education is actually a pretty good time. He stumbles through encounters with Felicia Day, Caitlin Stasey, and Maurissa Tancharoen, thickening his skin until realizing honesty truly is his only play. He finds his testosterone level increasing every time he’s in the vicinity of Mila’s new beau Jake (Enver Gjokaj) so that misguided machismo can perfectly contrast his nerdy demeanor and non-confrontational resting state. And all the while he gets closer to Cali as she awakens to the truth of her own lack of self-worth at the hands of users and abusers like French lover Franck (Karim Saleh). They in turn help each other overcome relationship hang-ups to potentially stop feuding with Mila and once more become the best friend trio of confidants they were, learning how different they are from the preconceptions each allowed to form.

Unfortunately, however, things take a turn once the fun of watching Kranz make a fool out of himself wears thin. The cracks of fabrication begin to show as his increasing self-esteem transforms him into a veritable lothario with girls banging down his door for a piece. The dialogue comes too quick as though King is attempting to instill a metered delivery his actors can’t quite follow. Replies become rushed, pacing is thrown out of whack, and it’s like everyone wants to get to their next line without caring about natural colloquialism. The same problems crop up in the editing process too as scenes cut abruptly, almost like there’s connective tissue between the closing line of one and the opening visual of the next. But it only ends up looking like something is missing instead. Lust for Love is full of good intentions and actors having fun bringing their characters to life, though, so you may be able to forgive its rough edges if you invest yourself completely. Garrett is standoffishly two-faced, Gjokaj over-the-top and hilariously temperamental, and Kranz effectively naïve into tricking himself to believe he isn’t the jerk he is underneath his bleeding heart sensitivity. The latter’s rapport with Lachman is the film’s highlight with her Cali proving the most three-dimensional of the troupe. It’s a pleasure seeing her get something with a little more meat than was provided in either Dollhouse or Last Resort simply because both died when it seemed she would. And while I said it’s obvious Cali and Astor will be together by the end, King thankfully finds a way to make their relationship real.

No matter how much love and effort they put in, the finished product possesses flashes of greatness rather than simply being great. At only 85 minutes, I wonder if there is more footage to add into the transitions for increased clarity or maybe a bit more exposition to help ground us when random alcoholic daydreams of Cali’s arrive to alter tonality at the drop of a hat. For jumpstarting off a $100,000 fan-funded budget, however, it looks great in its utilization of Los Angeles for authentic flavor and ability to cash-in on the actors’ genuine friendships. If only their characters could have slowed down to really draw us in this could have been a nice change of pace to the Hollywood-fare it hopes to compete against. With a little more experience, I think King will get there.