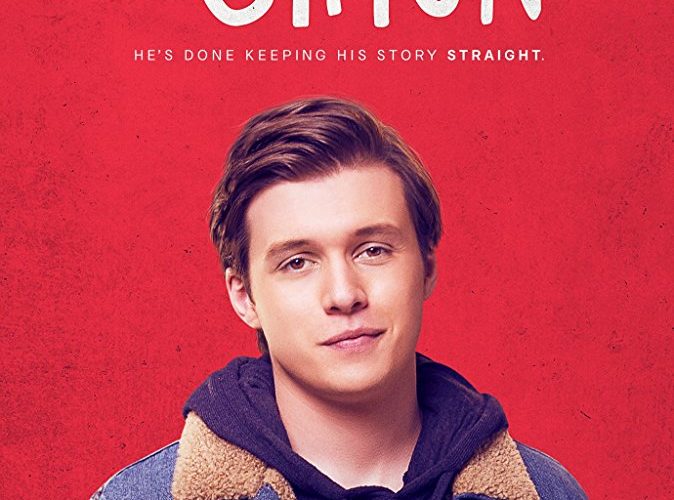 Besides being gay, Simon Spier is a completely traditional millennial teen movie protagonist. He’s played by a 20-something, sleeps in a ridiculously over-designed bedroom, and has musical tastes much older than his age group. That one big difference is both a positive breakthrough for a mainstream film and part of Love, Simon’s emphasis on its title character’s normalcy. Its most laudable quality is attempting to tell a story about a gay person without falling back on clichés around cultural oppression or the misery of the closet. Those elements are still present, of course–to affect a utopian, prejudice-free vision of high school life would undermine the movie’s attempt to hew to social verisimilitude. But it’s most interested in filtering general themes of pubescent identity confusion through the more specific experience of maneuvering one’s burgeoning sexuality through the nightmare of high school.

Simon (Nick Robinson) is closeted at the beginning of the story. He knows his friends and family would accept him if he came out, but there are still plenty of homophobic whispers in his Atlanta suburb. One thing Isaac Aptaker and Elizabeth Berger’s script (based on a novel by Becky Albertalli) gets right is how bad young people can be at figuring out just why they’re doing anything. Simon pours his heart out to an anonymous pen pal, “Blue”, after seeing his confession of his own struggle with the closet on their school’s Tumblr gossip site. His search for Blue’s true identity, as well as the romantic travails of his circle of friends, form the bulk of the story.

There’s also a weird spine for the plot built around one of Simon’s classmates, Martin (Logan Miller), discovering his correspondence with Blue and using it to blackmail him into helping Martin woo one of Simon’s friends, Abby (Alexandra Shipp). In an otherwise grounded movie, this heightened contrivance feels like a foreign object, particularly since neither the script nor the direction is allowed to be too mean to any of the characters, not even Martin. Using kid gloves on the serious matter of threatening outing does a disservice to the very people the film is trying to humanize–especially since its ultimate result is a solitary bullying scene and one rant from Simon clearly pitched for later sharing on social media.

Love, Simon’s well-meaning good nature and status as a mark of progress make it difficult to put down too harshly, but the project perhaps succeeded too much in being yet another teen movie, only gay this time. Over two shapeless hours, it walks through sequences that announce their emotional gravitas while only sporadically earning it. Frustratingly, though the story has a heavy internality, neither Greg Berlanti’s direction nor Robinson’s performance convey Simon’s journey with anything other than obviousness. Whenever Simon absorbs an unwitting microaggression or reacts to a new email from Blue, the frame has to pull out to see all of Robinson’s very big reactions. One starts to wonder how no one knows Simon is gay when he’s pulling these kinds of faces for a camera every time someone mentions dating or sexual attraction.

This is the kind of film that features a recurring subplot about the school production of Cabaret because that supposedly adds thematic substance. But what does Cabaret actually have to do with Love, Simon besides also being in the extraordinarily broad category of queer stories? It’s undeniably a good thing that it exists, that we have a wide-release movie that treats homosexuality as normal and natural, is about a gay kid, and even directed by a gay man. I just hope that it paves the way for better such movies down the line.