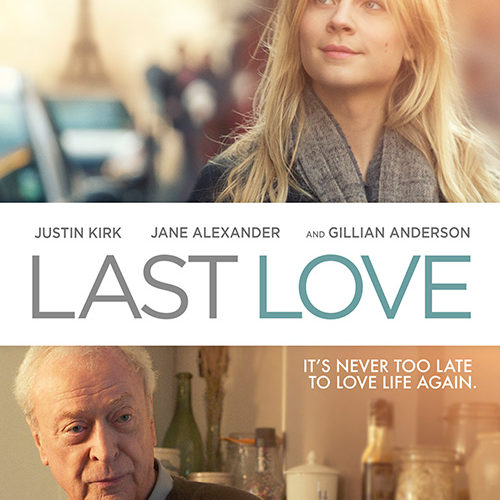 Do not watch the trailer for writer-director Sandra Nettelbeck’s Last Love (formerly Mr. Morgan’s Last Love). For many that shouldn’t be a problem because, like me, they hadn’t known it existed until sitting down to watch, but I implore those who have to go in blind. Between its two-and-a-half minute runtime showing too much information about certain relationship evolutions and ending on one of the few jokey moments that somehow has descriptions putting the word comedy next to its actual genre of drama, you’ll be doing a disservice to its slow burn of love and the inevitable sorrowful pain it oftentimes provides. After all, the film is based on Françoise Dorner’s novel La Douceur Assassine — its translated title The Gentle Murders doesn’t quite conjure thoughts of humor. Beginning with the heart-wrenching depiction of Matthew Morgan (Michael Caine) frozen at his recently deceased wife Joan’s (Jane Alexander) bedside before he’s dragged away so her body may be taken, we’re introduced to a man who has obviously lost the one thing that had kept him going this long. Fast-forward three years and he’s caught in a monotonous routine where groceries get delivered on Wednesdays and a standing lunch date with a friend occurs on Thursdays to shore up his weekly quota of human interaction. With a mistake taking his pills, causing us to think he’s going senile, and the abject solitude he appears to grumble through without choice, we’d believe him completely alone in his twilight if not for a phone call made to his son Miles (Justin Kirk) in America.

Despite having family, however, he has no interest in leaving Paris or his wife’s gravesite behind, choosing instead to roam around his neighborhood still without the native language due to always leaning on Joan for the heavy verbal lifting. He buys his ham and cheese baguette without pickles, takes the bus to leave flowers at the cemetery, and eventually travels home to do it all again in the sleepwalking cycle he finds himself on the cusp of no longer being able to endure. But just as he starts to wonder what point there is left in his life after Miles breaks the news his family won’t be visiting this year, a crack in his day-to-day is found courtesy of a young dance instructor with a genuine smile, infectious kindness, and hair reminiscent of Joan’s. Pauline’s (Clémence Poésy) entry into Matthew’s story is one with an almost immediate rejuvenating effect. He goes out of his way to run into her again, takes her up on the prospect of a free Cha-Cha lesson, and gladly receives her warmth in return. They become fast friends and confidants, he giving her the father figure she lost when her own died young, and she providing him a person whose banality didn’t make him want to simply not bother. But no matter the platonic undertones so readily made available throughout their courtship, her asking whether a restaurant waiter helping them out of car trouble was cute has him believe their relationship is false. This comes solely from the fact he’s never had one worth his time besides his romance with Joan — no, not even with his children.

It’s here that Matthew and Pauline’s character building ends so the starkness of reality can take over. A botched suicide lands him in the hospital with the thought that nothing would be left for him when he awoke. Not only is a confused Pauline waiting at the door, however, but Miles and sister Karen (Gillian Anderson) arrive with concern too. Facts about the Morgan family’s dysfunction are revealed as Pauline tries to make Matthew understand his selfishness in having everything she’s dreamed to possess and yet being ungrateful for the gift. She hopes to coax him into reconciling with the children, he decides to leave them alone with their “happy” lives by starting over with Pauline as a surrogate daughter, and the kids are left wondering if there’s anything to do besides wait for the next suicide attempt. The story deftly takes on the complexities of doing so much, despite so few characters and the myriad ways their complicated existences can authentically intertwine. With Karen added as mere comic relief thanks to Anderson obviously having fun with the sarcastically judgmental role, the meat of the drama occurs once Caine, Poésy, and Kirk are left to work out decades of psychological deficiencies. The easy comparison between Pauline and Miles/Joan is made where it concerns Matthew’s failings as a parent; due to his inability to share his love with more than one soul at a time, he finally lets a secret he’s held too long out so others may share his pain. And like most families, true catharsis only comes after a screaming match forces you to finally hear what the other is saying.

We all hide truths from one another because of our not wanting to burden them with our problems and the fear of seeming vulnerable and weak. The fact of the matter is, however, that we understand life’s struggles/missteps and possess a capacity for forgiveness to ease the pain. Matthew and Miles are identical beings whose similarities of course provide them with the stubbornness they’ve used to fracture their relationship. Pauline becomes the enigma of hope to open their eyes to each other, her compassionate soul’s need to fix them proving as ill-equipped to do so as it is the perfect fit. All three give fantastically melancholic performances eventually finding a path towards love, but it’s Caine who shines brightest with his gentle anger and newfound joy mixing into a bittersweet reconciliatory release.