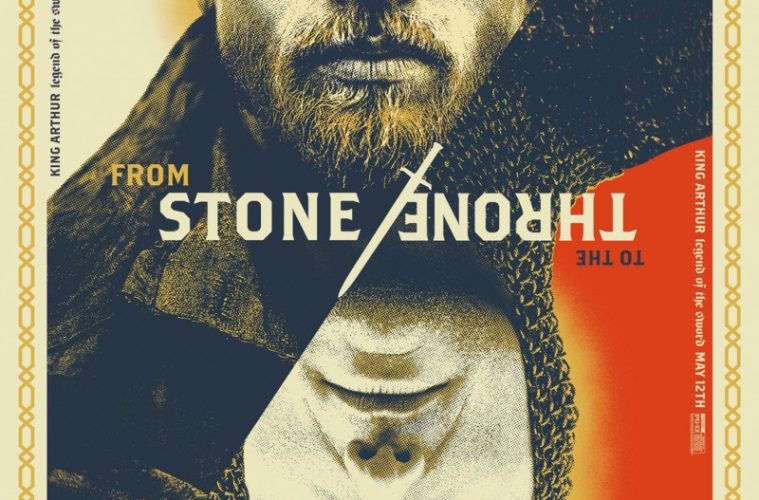 Review: ‘King Arthur: Legend of the Sword’ is Flawed, But Energetic Fantasy

In the middle of King Arthur: Legend of the Sword — writer-director Guy Ritchie’s attempted blend of cockney wit found in the films that made his career with fantasy epics like the Lord of the Rings trilogy — star Charlie Hunnam states, “I’ll talk. I’m happy to talk. But there is no…way…that I am fighting.” Then his piercing blue eyes look at the man in front of him, right before he delivers a punch to their throat. This clear discrepancy between words and action functions in a few ways. First, it is a showcase of Hunnam’s endless charm and great timing, a set of skills that is crucial to the proceedings. Simultaneously, it serves as an apt summary of the film’s tonal balancing act — one that sometimes makes for a disjointed and self-serious bit of cliche, yet at other times creates a firecracker of energy and cool.

The setup is a new take on the legend we all know. A boy raised in a brothel comes up on the streets, climbing the ranks until he is known throughout Londinium as someone you do not mess with. Then, everything changes when he finds himself in line to pull sword from stone at the request of the evil ruler Vortigern (Jude Law), who must find the true heir to the kingdom (nudge nudge, it’s Hunnam) and vanquish them, for only then will he have full power over the land (see, this type of stuff just makes you speak a certain way).

When Arthur puts both hands on the hilt of the blade, he is transported to a vision from his past, suggesting he may be more than a boy raised from nothing. Now, Arthur must quest through mirky forests and the deep-seated trauma buried in the recesses of his own mind (it’s not as dark as all that, though), accompanied occasionally by his merry band (Djimon Hounsou, Aidan Gillen, Neil Maskell, Kingsley Ben-Adir) and a mysterious mage (Astrid Berges Frisbey). Can Arthur harness the power of excalibur, or will he fall prey to the dark forces surrounding him?

With Ritchie’s gradual turn from making rough-and-tumble British gangster flicks to big adaptations of beloved series (Sherlock Holmes, The Man From U.N.C.L.E), with each new film, one questions, “How much actual Guy Ritchie is in here?” Like with Ritchie’s aforementioned adaptations, King Arthur has the feeling that the director had a pretty clear idea of what he wanted to do, and then it was tampered with. His Blockbuster Collection, as they could be known, feel like a filmmaker’s unique cloth draped over a squirming organism of studio specificity — one that dictates a certain set of patterns and ideas that must be adhered to. Am I giving Ritchie too much credit as a sort of auteur? Perhaps, but films like Snatch and Lock, Stock, and Two Smokin’ Barrels — and hell, even RocknRolla — have a distinct branding wherein the world and words and ideas are all crystal clear and very in sync. With King Arthur, this harmony is disrupted by sequences that feel like pure fantasy, leaving for some head-scratching self-seriousness. While at times this reaches a nice level of awe, the often sag under their own weight. When blended more appropriately, they align quite nicely, and where there are missed opportunities for a bit of a send-up of the genre, King Arthur makes up for it with some truly stirring sequences and a rip-roaring score by Daniel Pemberton that gets the blood pumping. As usual, Ritchie shines when he lets his fun side out, and his rhythmic editing often collides wonderfully with some captivating images and snarky writing. These are the moments where this director tackling an ancient myth congeal, and it is quite the pleasure.

By the end, it has swung for some lofty heights that don’t hit the mark, but with that wild strike it manages to knock over some medieval barrels of silly, cool, and striking that roll up into a sloppy but fun ball of adventure moviemaking. Sure, it doesn’t always work — mainly due to some bad writing, shoddy visual effects, and tonal oddities —  but when King Arthur: Legend of the Sword finds its stride, it’s a neat little tincture of Snatchian attitude and fantasy lore that is a good bit of early summer fun. And remember, don’t take yourselves too seriously, lads.

King Arthur: Legend of the Sword is in wide release.