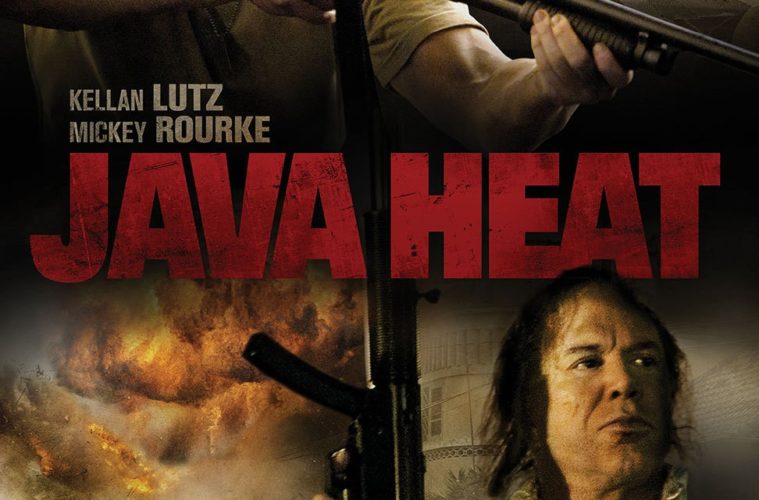 It’s taken director Conor Allyn five years and two movies to finally have the actioner Java Heat put him at the helm of a movie with English as its first language. His previous two films closed out the Indonesian box office hit trilogy Merah Putih [Red & White] he wrote against the backdrop of the country’s war for independence from the Dutch. An intriguing location for an American filmmaker to debut, the connection becomes easier to understand after learning his father and co-writer Rob Allyn is chairman and CEO of Margate House Films. The two have also produced numerous television shows and advertisements in the Pacific under this shingle and obviously have a keen grasp on the culture and landscape. It’s therefore no surprise Allyn returned to the country once again with a couple Americans in tow. Shooting on the island of Java, Allyn takes us to a part of the world we don’t generally visit through the Hollywood spectrum and yet delivers the polish one would expect from it. We become privy to a black tie event in all its colorful splendor, witness a SWAT team assault of a suicide vest-wearing terrorist suspect, learn the cultural significance of honor as it juxtaposes against political corruption, and witness a couple complex chases through the streets with a local police officer always driving on the brink of recklessness as the hustle and bustle continues around him. It’s a mystery thriller hunt for the bad guy that makes things personal for its heroes once they join forces to avenge country and family before finding themselves caught on the other side of the law.

The story begins with local Detachment 88 cop Hashim (Ario Bayu) interrogating an American Art History teaching assistant named Jake (Kellan Lutz) who just happened to be the last person to speak with the island’s Sultana (Atiqah Hasiholan) before she was assassinated by a vicious terrorist bombing. Without the necessary evidence to prove this foreigner is lying about his true identity, Hashim has a camera installed in his room while he takes him to the scene of the crime to show the confusing details surrounding the murder. Tailed on their way back by men under the employ of the yet-to-be-identified perpetrator Malik (Mickey Rourke), Jake must break character by picking up Hashim’s gun to save both their lives and put a target on his back in the process. As a result of his heroics, Jake’s bule—stupid white person in Javanese—gets put on a very short leash with Hashim agreeing to not tell the US embassy his whereabouts so he may spy on the now admitted undercover FBI agent to learn what details he may unearth. The search for Malik leads them both onto the trail of an elite prostitution ring of branded women as well as a series of high-profile jewelry thefts strangely coinciding with a string of presumed Muslim-backed bombings. But just as we learn Jake possesses a few more secrets up his sleeve, so too do we discover inaccuracies about the Sultana’s death. A political play to wrestle control of the island away from those in power becomes merely one of the motivating factors behind this crime.

Allyn does an admirable job letting his twists and turns unfold as Jake and Hashim temper personal vendettas to work together towards their common goal. The plotting itself isn’t fresh or original and the final scene’s wit is beyond clumsy, but that doesn’t detract from the entertainment level of following these two determined non-conformists. Lutz shines when allowed to be a smartass—having some fun pretending to be drugged in one scene while letting the script mock his involvement in Twilight with a quick joke courtesy of female booksellers in another—but definitely shows his lack of range when delving into the drama behind his involvement. He builds a good rapport opposite Bayu’s no-nonsense cop, however, and the dynamic between them excels as a result. Rourke tries to steal some scenes with an over-the-top accent I never could place or remember hearing explained—one that even necessitates a few animated subtitles to decipher. It’s an eccentric acting choice made weirder once Jake describes him as an American. Luckily Mickey takes a backseat to Lutz and Bayu’s detective skills until the end as the latter emerges to be Java Heat‘s best asset. His Hashim is a man with a moral code who acknowledges the need for outside assistance when his own police force would rather take bribes and silence civil unrest with a frame job. Holding family above all else, he and Jake aren’t as different as one may initially assume. Both characters rise above preconceptions as a result and to a point so does the film.