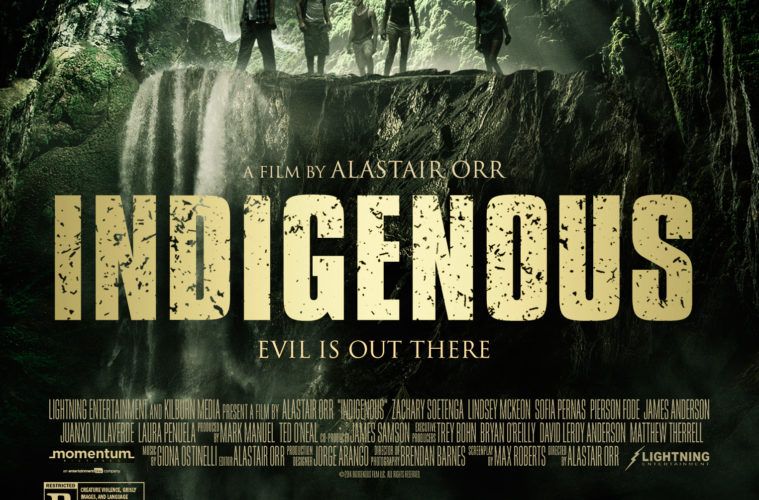 A particular sub-set of travel horror exists to scare people away from real-life attractions with no regard for whether any threat actually exists. Films such as The Ruins, Chernobyl Diaries, and As Above, So Below gladly exploit a Mayan temple, the long-abandoned city of Pripyat, Ukraine, and the Paris Catacombs, respectively, as forbidden sites harboring contained evils lying in wait for unsuspecting victims – nevermind that countless tourists have managed to visit these places without incident.

The latest victim of this trend is the Darién Gap, a dense rainforest region located between Panama and Colombia. The area has bedeviled explorers and Pan-American highway developers alike, who have all battled its inhospitable landscape to varying degrees of success. But if Indigenous, a monster movie set in the Darién Gap, has anything to say about, it’s not the harsh terrain, swamps, insects, and other hazards keeping people from the natural wonder – it’s the Chupacabra, a creature that’s half-human, half-animal, and all demon.

Directed by Alastair Orr, Indigenous opens on five American friends enjoying a Panama dream vacation before returning to the realities of adulthood. When endless partying, surfing, and sunbathing isn’t enough to sate the young travelers, an attractive native woman convinces them to venture into the mysterious Darién Gap, where a hidden waterfall and – presumably for the group’s one single guy – hot waterfall sex awaits. After ignoring warnings from the film’s harbinger, Julio (Juanxo Villaverde), they set off into the jungle, where they soon come face-to-face with the legendary Chupacabra.

Much like its Chupacabra, the film makes for an unappealing hybrid, as conventionally shot footage is clumsily mashed in with found footage sequences that employ a dizzying mix of webcams, smartphones, and GoPros. The inept filmmaking does feel right at home with the amateurish writing, which consists of stock horror movie dialogue brayed by ugly American stereotypes who cannot die quickly enough (over the course of one scene, two central male characters make juvenile sexist comments, including a request for the Spanish translation of “blue balls”). When the interlopers are picked off, the resulting gore proves so lifeless and dull, it might as well be red paint splattered on a dark background.

The wholly unpleasant, ungratifying experience culminates in social media becoming the unlikely hero, thanks to what I’d like to refer to as Chekhov’s facial recognition app. The final stab at cleverness hardly registers in a film mired in cliches and tropes, not to mention it’s awkward execution. With overall poor production values and a laughable ending, Indigenous most likely won’t deter tourists from exploring Central American rainforests. It might, however, keep them far away from movies like this one.

Indigenous is now available on VOD.