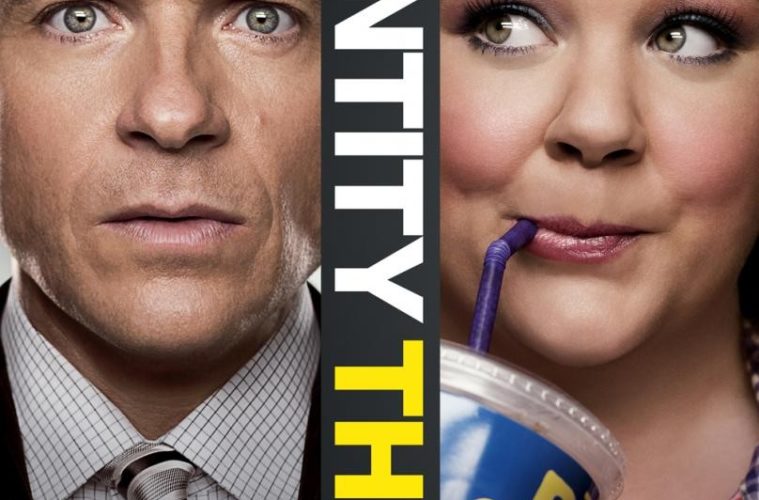 The words “from the director of Horrible Bosses” instilled little hope for me sitting down to Seth Gordon‘s newest work Identity Thief. Screenwriter Craig Mazin‘s name—he of too many asinine spoofs—only made matters worse. No, this road comedy’s saving grace would have to be co-star Melissa McCarthy and the level of hysterics she has unfailingly brought since breaking out in Bridesmaids. The fact her role of Diana was rewritten specifically for her after original intentions called for a man shows how high her star has risen and how respected her talents are amongst her peers. Hers is an ability to effortlessly go for broke, the perfect complement to lead actor Jason Bateman‘s distinct skill set of straight man contempt and sardonically dry quips of disapproval. It’s a match made in laughter heaven. But no matter the chemistry between actors, way too many road trip buddy comedies end up more Due Date than Midnight Run and Identity Thief is sadly no exception. The premise is solid: a finance management type, happily married father of two with one on the way is victimized by a sociopathic criminal who steals his name, social security number, and credit lines for unfettered access to whatever her heart desires. Making matters worse is the out-of-the-blue opportunity to leave his dead-end job and become vice president of a co-worker’s new upstart company with a five hundred percent raise—an opportunity that blows-up when police come knocking for the fake Sandy Peterson of Florida at the real one’s Denver door. The only way to clear his name is to catch her himself.

So where does the film go wrong? If I were to point fingers it would be at the filmmakers’ misguided creed of “more is more”. When will they learn that this is not the case? It isn’t enough for Peterson’s life to be flipped on its head with little to no prospects of being righted unless he can appeal to Diana’s humanity, they have to go ahead and pile a series of volatile obstacles on top as well. Between an assassin duo of Marisol (Genesis Rodriguez) and Julian (T.I.) working for a jailed drug lord Diana wronged (Jonathan Banks), a grizzled bounty hunter with a grudge (Robert Patrick), and eventually Peterson’s former employer’s (Jon Favreau) legal team, Bateman and McCarthy can barely begin driving before they’re shot at, kidnapped, and broke. The fact of the matter is that none of these additional plot threads hold any value besides forcing Diana into Sandy’s car and helping inflict property damage on other automobiles so our heroes can find themselves in new, crazy situations. This is either good or bad depending on your enjoyment level as the familial aspect to both characters’ backstories ends up shaping their actions to ultimately lead to the conclusion of their journeys. Sentimentality abounds as they inevitably warm to one another and team up for survival, foreshadowing a schmaltzy conclusion more akin to PG-13 fare than the R-rating Gordon received here. It almost seems as though they jammed in as much hedonism and violence as they could to help us forget how predictable the main conflict becomes.

Too many good actors are wasted in two-dimensional roles as a result—Amanda Peet as the optimistic, stand by her man wife; John Cho as the younger, ambitious, and worried new boss; Morris Chestnut as the jokey detective unwilling to go above and beyond to help Sandy; and Favreau as a major jerk with a great Ayn Rand reference. They come and go with little fanfare, all pawns placed around the king and queen at the center. Add Patrick’s over-the-top badass hick alongside T.I. and Rodriguez’s characters chained to a subplot we can’t invest in because the filmmakers never did and you have the definition of superfluity. At least Patrick brings a hilarious car chase to the fold for some nice action. There’s one over-the-top villain that isn’t a complete waste of space. Besides Eric Stonestreet‘s Big Chuck, these supporting castmembers fizzle in mini-vignettes written on top of the story rather than injected into it. Mazin gave up on his central conceit too soon in lieu of skit-like situations and larger-than-life punch lines when the back and forth between McCarthy and Bateman is Identity Thief‘s greatest success. You literally would have been all right putting the two in a car together for the duration a la Steve Martin and John Candy in Planes, Trains & Automobiles without any outside interference. Watching her sing every song on the radio to his annoyance and listening to them bicker and create fake histories for each other are the moments I remember fondest. This is the simple comedy Hollywood seems too afraid to produce in our MTV/ADHD ruled world.

I’m sure Identity Thief will find its audience—heck, I laughed a lot despite the movie’s failings. There’s enough to enjoy for a nice night out as long as you can ignore the excess. What’s too bad is that I think cutting out the hitmen, trimming a few clunky sequences like McCarthy letting a trio of catty hairdressers give her a makeover, and tightening the start’s set-up could have made a much more enjoyable piece. Also, besides a few F-bombs and a raunchy scene with Stonestreet, this film has no business being R-rated. Between the direction it goes and the type of humor involved, Gordon would have had a much bigger success on his hands if it were catered to a tween audience. It just leaves way too much to be desired for adults.