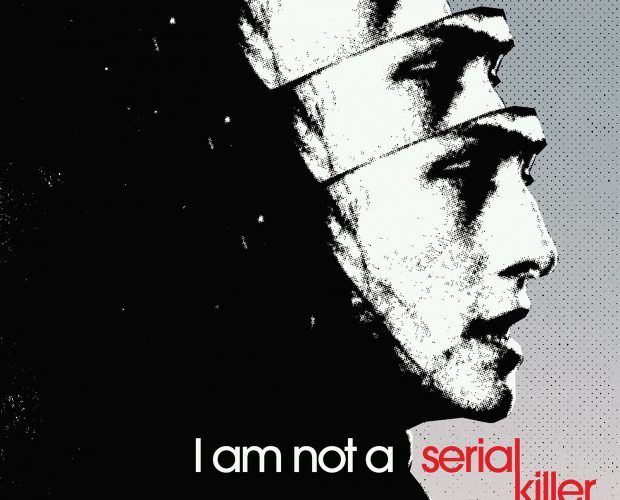 [Review] I Am Not a Serial Killer

Often lumped into the Young Adult category to the chagrin of author Dan Wells, I’m not sure I know many parents who would like to have their fourteen-year old child heading to theaters with friends for the cinematic adaptation of his debut I Am Not a Serial Killer. The first of what has now spiraled into a quintet of books surrounding John Wayne Cleaver; its story introduces the character as a clinically diagnosed sociopath attempting to survive adolescence within a small mid-western town. His own predilection towards violence and the macabre aside, John’s journey ultimately finds him on the trail of a brutal assailant terrorizing his home with supernatural strength. A keen amateur scholar of the mass murderer circuit, this teen proves perfectly suited to crack the case.

Don’t expect Encyclopedia Brown or Young Sherlock, however. Cleaver’s (Max Records) motivations to hunt this monster are purely selfish. He’s found himself prisoner to homicidal feelings himself, issues he’s been working out with therapist Dr. Neblin (Karl Geary). Living above a mortuary run by his mother (Laura Fraser) and aunt (Christina Baldwin) can’t help these thoughts very much, but John’s trying to overcome regardless. He’s set up a series of rules to combat his inner demons: give compliments and smiles to anyone who bullies him, hang out with “best friend” Max (Raymond Brandstrom) to re-acclimate with normalcy, and continue telling his doctor everything he can to prove to himself that he’s a good kid. Maybe capturing the thing he believes he’s destined to become will do exactly that. The opening half of director Billy O’Brien‘s rendition (co-written with Christopher Hyde) is right up a teenager’s ally. Cleaver’s sociopathy is dormant to some extent at the beginning, coloring his reactions to the death around him rather than catalyzing them. He assists his mother embalming dead bodies after the coroner finishes his evaluations, a coup considering his fascination with how biology works. This is where he discovers his initial clue, a meaningful detail to propel his profile of the murderer forward. It’s one thing to kill people, but it’s another to do what this monster is doing. Not only are the victims mauled and left covered in black oil, something is always missing too. A kidney, an arm, and a pair of lungs — the killer is collecting trophies.

This is exactly the type of mystery I loved as a teen. It’s dark and dangerous, suspenseful and unique. We watch John catch the scent of a drifter, following him around town to see if he’s the culprit and in the process learn more about his main character beyond surface awkwardness and lack of emotional connection. We see the anger behind John’s eyes when treated badly at school, catch the clinical way he spies on neighbor Brooke (Lucy Lawton) devoid of juvenile romance, and discover hardships at home with an absentee father and frustrated sister making life difficult for a mother trying her best. John ignores the things most kids his age wouldn’t, his focus on the murders taking precedence over the rest. And it finally pays off. While the second half is also a teen’s idea of a good time at the movies, it does get bleak as far as parental patience is concerned. IFC is releasing I Am Not a Serial Killer under its IFC Midnight banner with good reason because O’Brien pulls no punches bringing this horrific nightmare to life. The creature effects turning its human murderer’s hand into a skeletal, alien-like grip piercing through its victim’s body with ease is menacing and John’s personal rhetoric about life and death grows grimmer by the minute. He begins growing more distant, his desire to stop this thing pushing him to the brink of appropriate behavior. He doesn’t understand love or emotion and as such gets in over his head when actions start ignoring morality.

As the serial killer gets more aggressive, so too does John. Covert missions as voyeur are replaced by blatant attempts to prevent the carnage. His increased involvement matches the escalating body count and he must adapt his position. Soon he’s inciting the creature’s wrath, using its motivations against it and in turn putting his own family and friends in the crosshairs of its wrath. Falling deeper and deeper into the chase, he begins to lose a grip on his rules. John’s mind focuses on his mission and forgets the fail-safes he’s created to keep his lack of control at bay. Seeking out this embodiment of destruction makes him vulnerable to following suit. The opportunities arise for John to act on his impulses and not always with honorable intentions.

These psychological issues flesh out John Wayne Cleaver and the object of his pursuit’s complexities very well, enough that I think adult viewers will find it a welcome addition to the genre too. Just because the protagonist is a teenager doesn’t mean only teenagers can appreciate what’s happening. John never truly feels his age anyway thanks to his mental state, his analytical mind keeping him from falling prey to adolescent impulses and fits of idiocy without reward. The few scenes that occur at school are there to bolster his rejection of that world. Where he’s most comfortable is with the mortuary’s dead bodies and adults like the Crowleys next door (Christopher Lloyd‘s Mister and Dee Noah‘s Missus). There’s an edge here that Odd Thomas‘ intentionally skewing younger lacked. It can drag at times — especially after John discovers the monster’s identity and continues to try working out what he can do to stop it — but watching him run through scenarios while failing as often as he succeeds is much better than the usual tell someone what’s happening and get laughed at for the truth’s absurdity. O’Brien and Wells don’t waste time with that nonsense because they’re smart enough to realize John’s smart enough not to bother. He’s on his own here, his propensity for sociopathic acts satisfied by the search for an entity that deserves to die. John knows the jerks he wants to lose patience with are just jerks so having pure evil to combat is a comforting notion to coax out his own inner darkness.

Records does his best Lou Taylor Pucci in the lead role, crazed yet innocent (his turn from Where the Wild Things Are unavoidably brought to mind). He imbues John with a sense of longing, out-of-place and out-of-touch with social cues delivered his way. His conversations with Dr. Neblin are informative and crucial to his evolution; his indifference towards Mom’s tears a necessary barrier to wonder how far he’ll follow in the monster’s footsteps. We believe he’d go into the belly of the beast without fear because he doesn’t have the capacity to show it. And as he approaches so too does the camera on the subtle yet gruesome special effects. The ending ultimately showers his sociopath with too much sentiment, but not enough to negate what came before.

I Am Not a Serial Killer hits limited release and VOD on August 26th.