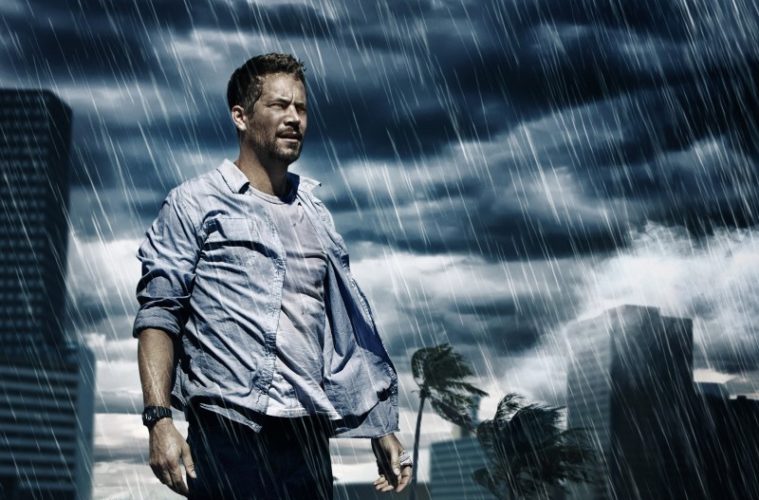 Paul Walker, who will forever be remembered as an action star, is an interesting choice to lead Eric Heisserer’s Hours, a drama with elements that seem borrowed from an action film. It never revs up into kinetic action movie territory, however, instead remaining a contained, smart dramatic thriller.

Walker stars as Nolan, whom we learn very little about despite the film’s flashback structure. What we do learn is that he’s married to the beautiful Abigail (Genesis Rodriguez), whom he met at random when the two strangers accidentally prevented a bank robbery — this and a lot of other would-be action sequences remain off screen.

They marry, both proposing to each other at the same time while on vacation. She goes into labor early, just as Hurricane Katrina is about to devastate New Orleans. Abigail, played radiantly by Rodriguez, dies during child birth, leaving Nolan held up in a hospital while their newborn is hooked to a ventilator. Walker is largely a one-man show for much of the film, struggling to keep the generator, and his child, alive.

Along the way there are challenges – including looters and dead batteries – while the film, in a strange way, never quite settles on one particular genre. Walker’s performance is engaging, for once playing a regular guy with no extraordinary set of skills stuck in an extraordinary situation. Despite its Katrina setting, the film is primarily a personal struggle, one that has little time for political criticism, save for appearance of the aforementioned looter characters. Taking place over the course of two hopeless days, Walker’s performance is truly special. Here the actor, who I’ve always enjoyed, utilizes his strengths as a performer while exploring emotional depths we haven’t yet seen from him. Written and directed by first-time filmmaker Heisserer, whose writing credits include horror adaptations and sequels such as A Nightmare on Elm Street, Final Destination 5 and The Thing, Hours borrows tropes from a wide range of genres including psychological drama, romance, thriller and action. The film makes a series of interesting choices to address an event as large as Katrina, but I admire its barebones nature. There are no “B” and “C” stories that distract, only the “A” story and its associated flashbacks. A rough assignment for any performer, the late actor rises to the challenge in one of his final performances.

Hours, despite its flaws, is worth seeking out. The flashbacks seem only partly motivated and could have been more elegantly interwoven into this story. Yet, the present-day story is worth telling as a simple personal drama. The appalling disaster that was Katrina is contains millions of personal, harrowing stories — this is just one of them.

Hours is now playing in a limited release.