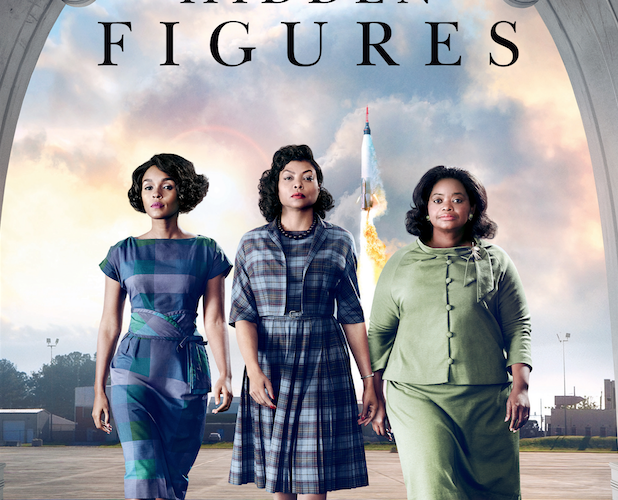 The title announces the intent. In recent years, it’s become a trend in pop science and history literature to revisit well-known events from the perspective of the kinds of people usually overlooked by our pop culture and history classes. The book of the same name upon which Hidden Figures is based is one of them. Films about the Space Race have almost exclusively focused on strapping astronauts, steely mission control staffers, and dweeby but dedicated engineers, all of them white men. But the calculations and research done by black female mathematicians were vital to the success of the Mercury and Apollo projects. Admirably, Hidden Figures seeks to correct this imbalance. Disappointingly, it does so via the same frame which every biopic and historical movie to precede it has used.

This applies in terms of structure, aesthetics, and philosophy. The story follows the same arc of any “minorities conquering adversity” movie, with a strangely comforting cycle of prejudiced obstacles getting thrown up only to be bypassed in due time. It looks exactly the same as any other contemporary mid-budget 1960s-set movie one could think of. Most troubling is that Hidden Figures works off the same assumptions that other films about this subject do: that it was vital that America “beat” the Soviet Union in the Space Race, that for the Russians to “win” would somehow spell catastrophe for humanity. This is a tired relic of Cold War propaganda that has no place in any work which purports to make audiences rethink their common knowledge about the past.

It’s not enough for the film to simply show black women getting ahead in a world which fights them every step of the way. It tries to make their triumph a matter of geopolitical importance, to give them “credit” for beating the Soviets. But what if you can only shrug when the movie invokes the image of Yuri Gagarin in orbit with grave foreboding? What if you can’t be moved to care when the climax revolves around whether the protagonists’ calculations will allow some bland white dude to live? What if trying to celebrate both the advancement of people America was built to oppress and the achievements of this evil, segregated system is self-defeating? What if the very premise that the American way of life was the “good” side in some kind of epic good vs. evil war is unworkable?

I’m reminded of a meme that was passed around this and last year during the election, about Hillary Clinton writing to NASA as a girl about wanting to be an astronaut, only to be told that women couldn’t be astronauts. “So she became secretary of state instead.” This is supposed to be inspiring. The Soviet Union sent a woman into space in 1963. The U.S. didn’t do so for another 20 years.

Hidden Figures is a nice movie. At its head is a trio of good performances from Taraji P. Henson, Octavia Spencer, and Janelle Monae. But it is in essence a feature-length version of an inspiring social media image macro, or perhaps a Google Doodle. “Did you know that black women were important at NASA?” It has little else to offer.

Hidden Figures opens in limited release on December 25 and expands wide on January 6, 2017.