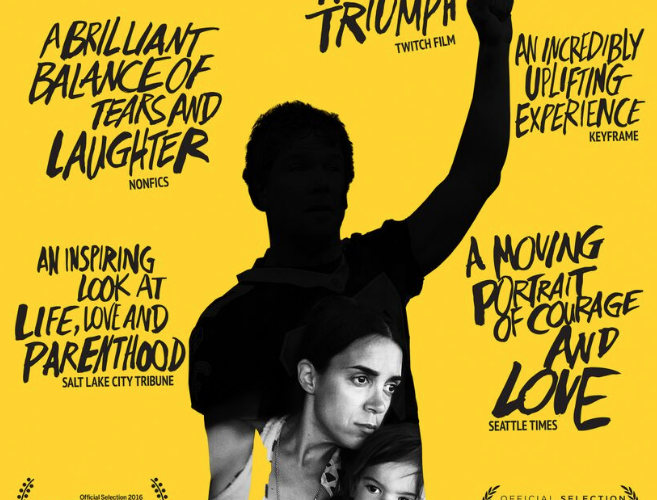 Gleason is a decently effective sob-extraction mechanism, a nexus where sports fans and documentary enthusiasts alike can join to vent some ragged emotion. The film, which follows former football player Steve Gleason over the course of five years or so, during which he simultaneously succumbs to Lou Gehrig’s disease and experiences the joys of new fatherhood, is full of all the devastating and gladdening life beats you’d expect from both situations. And yet I was mostly unmoved.

The thing is, I’m honestly unsure whether this is the movie’s fault or my own. Cinephiles love to parrot Ebert’s line about how movies are machines built for empathy, but I sometimes wonder whether heavy film viewing has in some ways deadened my own sense of empathy, particularly when it comes to pain. There’s a numbing effect to seeing all manner of tragedy play out over and over, in every conceivable permutation. Becoming attuned to the craft behind a film’s emotion supposedly makes one a smarter viewer, but there’s something almost sociopathic about dissecting art in such a way — particularly in the case of documentaries, which are bringing audiences real people and their stories.

If I go on about how Gleason’s convention-bound filmmaking and drawn-out running time dampened my reaction to Steve Gleason’s journey, am I being a good critic, or just a dick? Is it humanly decent to compare this doc to 2006’s So Much So Fast, which also tackled ALS, but did so in a manner that I thought more interestingly explored mortality and the “fighter” narrative around sickness? Is it simply a matter of taste that I don’t click with this film’s insistence on inspiration above all else? (Taking a stab at answers: both, yes, and probably.)

Were it not for his disease, Gleason would be best-known for a single football play. In 2006, in their first game back in their home stadium since Hurricane Katrina, the New Orleans Saints began to revive as a team when Gleason, a defensive back, pulled off an impressive block. Resurrection and transcendence is the name of Gleason’s game, as Gleason vows to live life to the fullest no matter what. It follows Gleason and his wife, Michel, through intimate, home-video-style footage. Michel finds out that she’s pregnant not long after his diagnosis. The growth of their son, Rivers, is contrasted with Gleason’s rapid physical decline. But the movie can’t throw harrowing scenes of Gleason straining against his encroaching entrapment in his own body without two other scenes of insistent uplift. It can only go on for so long before it becomes apparent that there’s no real story here besides, “Well, this guy got a raw deal, but look at him persevere!” repeated ad nauseam. Religious conflicts with his father, or the strain put on his relationship with Michel, uncomfortably disrupt the overall vibe but ultimately get shuffled out of sight, if not mind. There’s something off-putting about such aggressive inspiration.

See what I mean? Now I just look like an asshole.