Eye Without a Face Review: A Lackluster Rear Window Riff for the Webcam Age 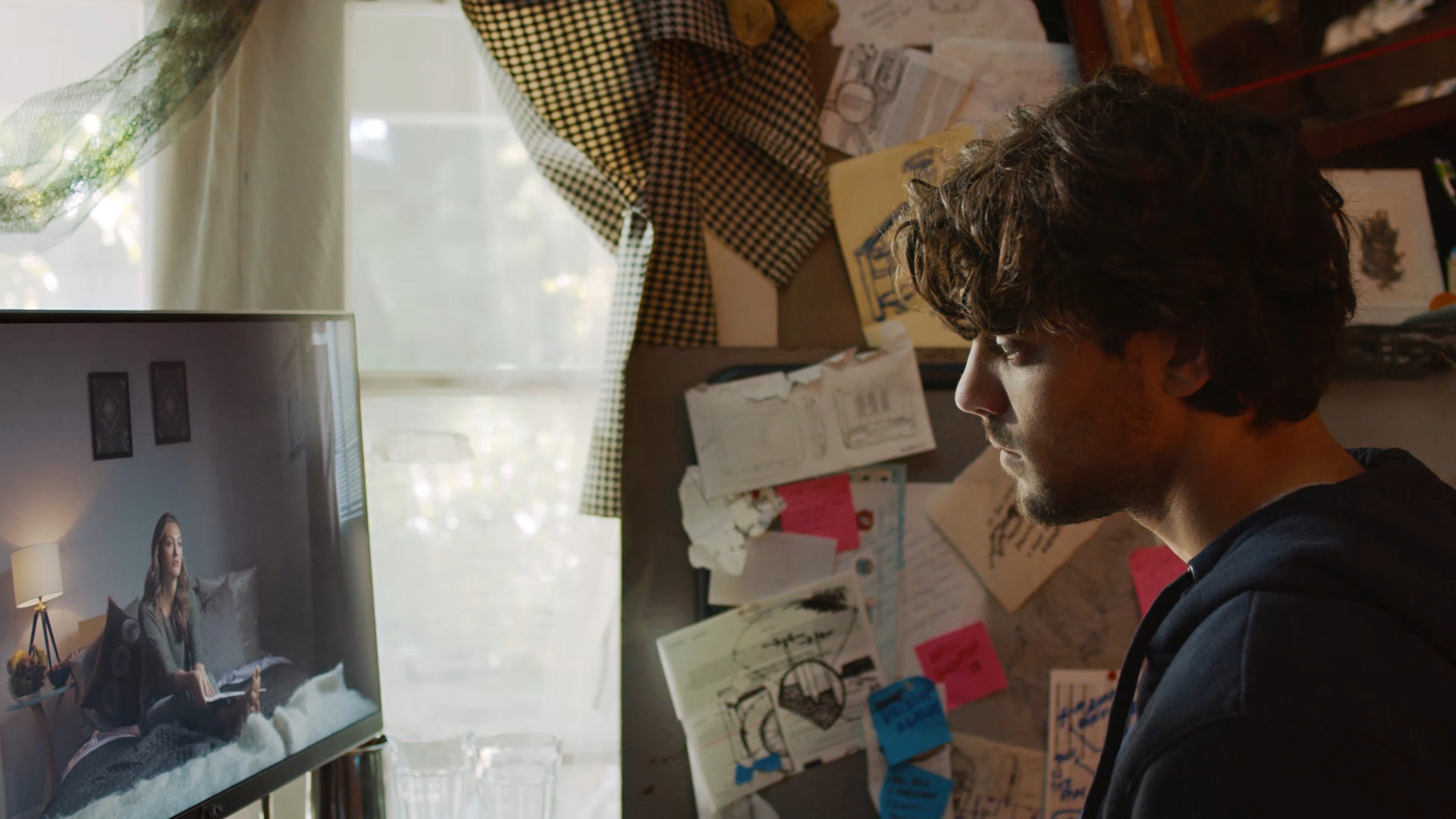 Henry (Dakota Shapiro) has had a difficult life. The abuse he endured from his father made it so he can barely leave the house. Talking to strangers (let alone women) is a non-starter. And he can’t even open the door to his dad’s old room for fear of thinking he might somehow be inside despite promising never to come back. Henry’s existence is thus confined to the den. He sleeps on the couch, takes late-night walks to stay isolated, and sublets his old room to Eric (Luke Cook), an aspiring actor from Australia, to pay the bills his lack of a job cannot. So his days are spent alone on his computer with “friends”: six unsuspecting women he watches through hacked webcams.

He’s the so-called Eye Without a Face, as writer-director Ramin Niami’s latest is titled. Henry “cares” about these women and believes himself to be a guardian angel of sorts, despite being unable to do anything to help them when they need it. And they do need it more than you might expect, being an Instagram influencer (Sarah Marie’s Ella), in an abusive relationship (Evangeline Neuhart’s Sky), a web-cam model (Ashley Elyse Rogers’ Tessa), and… well, you could say the men who enter Laura’s (Vlada Verevko) apartment are the ones who really need someone’s help. Each of the latter’s guests are given a “special” drink before heading upstairs with their host. Henry has never seen any of them leave the next morning.

If this sounds like a Rear Window riff, well: it is. The main difference, however, is that we don’t like Henry. James Stewart’s L.B. Jefferies might be problematic in his own ways, but he isn’t a full-blown creeper who’s intentionally brute-forced his way into exclusively attractive young women’s homes. It doesn’t matter that Henry believes he’s a “good guy.” It doesn’t matter that he blushes and turns away whenever one of his victims is about to take off her clothes. He doesn’t know them. They haven’t given consent. He’s delusional, a bona-fide predator who tells Eric’s lech what he’s doing within the film’s first fifteen minutes, and—considering the vivid nightmares he has every evening and the prescription pills that quiet them—potentially schizophrenic.

What, then, is Niami’s intent with this film? Henry is built to be unlikeable no matter how many times we’re told he’s merely misunderstood. Eric is even worse in the pursuit of his friend’s wealth of information about these women to get in their beds quicker. Revealing that Laura might be a murderer and cannibal doesn’t erase these facts. Adding a character more deplorable than the others doesn’t suddenly make them heroes. This is especially true when her inevitable revenge plot against Henry (making him watch her kill the other women) refuses to even hide its many clues towards a different truth. We know what’s happening halfway through because Niami doesn’t seem interested in hiding it, yet his script still believes we’re totally in the dark.

Thank goodness we must only watch two kills before the narrative finally catches up; I might have shut it off had a third came around. I’ll give the filmmakers their first—it’s when we learn (without a shadow of a doubt) what’s going on. I would have given them the second, too, had they not played it so straight I had to wonder if Niami and company didn’t realize they already gave up the game. The last thing I needed was to then watch more brutality devoid of payoff, but there being three more possible homicides had me fearing the worst. And the question of whether there are two killers onscreen or one doesn’t add balance—that answer wouldn’t change anything.

I’ve read some disparaging talk about the acting (it’s fine), but I think the script being performed is the bigger issue. It doesn’t matter if you have two Oscar-winning actors playing Henry and Eric; an awkward scene asking them to react to a computer screen we cannot see isn’t going to work. Laura is sharing a drink with a new man while our voyeurs are forced to hem and haw over whether they should call the police to save him. The ordeal plays like a comedy act as they cringe and gasp every time the man brings the glass to his lips or brings it down. The film might have benefited from using that tone more throughout, but one single instance renders it silly instead of fun.

Even the desire to mock Henry’s constant demands for privacy (his dislike of being on camera has him putting a moratorium on Eric filming YouTube videos in his room) while blatantly invading these women’s homes falls flat because the sentiments disappear after one joke. Though there’s a reason—Henry’s hate of cameras isn’t about privacy at all—just forgetting those rules completely (Eric films in the room the next day without reprimand) isn’t the same as shifting away from them. Eye Without a Face is ultimately harpooned by its numerous examples of similar narrative inconsistencies as well as its botched attempt to be ambiguous despite throwing clues at us like neon signs. Rather than showcase itself as a psychological puzzle, we’re left stumbling through a predictable shell game.

Eye Without a Face hits VOD & Digital HD on August 10.