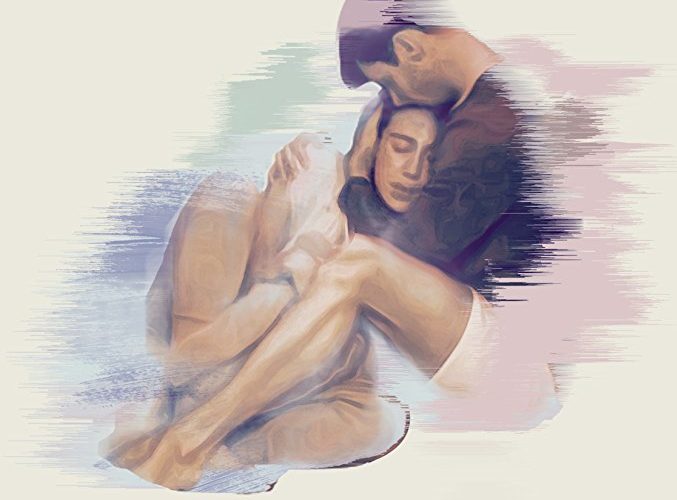 Review: ‘Elizabeth Blue’ is a Dark, Yet Hopeful Study of Mental Illness

It’s highly disconcerting yet unsurprising that many Baby Boomers now in their sixties and seventies still see mental illness as a weakness. Talk about the scenarios that young people of today face and they dismiss them as a generational thing, a liberalization of society wherein strength and stoicism have been replaced by laziness and excuses. Try and tell them that very viewpoint is what stigmatized psychological ailments for so long and they scoff. It’s easier for them to believe nothing was wrong in their day than to admit the silence was a product of cultural oppression. The former hails them as tough Americans who never lost themselves. The latter colors them as unwitting villains bullying those in need, a label their systemic disregard for complex truths deems slander. This is a template used for many social issues (see racism, sexism, homophobia, et al). The disconnect bred in these differing attitudes from “old school” and “new” becomes a dangerous wall because those on the wrong side double-down on the staunch defense of themselves. They ignore the compassion and empathy a human being should seek out first simply because they refuse to admit they were wrong. It’s a sad state of affairs that seems to not be going anywhere anytime soon. As a result, stories from those affected, marginalized, and dismissed completely become a necessity. Films that are female-, POC-, and LGBTQ-led become integral for a re-education of our children — to steer them away from blind prejudice. The same goes for mental illness. Enter diagnosed schizophrenic Vincent Sabella.

Born from a period of time when he went off his medication, Sabella (along with co-writer Alfred D. Huffington) has created Elizabeth Blue. It proves to be a hopeful yet dark telling of what it’s like to be trapped inside your head, unaware of what is real and what isn’t. This uncertainty is what put Elizabeth (Anna Schafer) in the hospital, an argument had in the supermarket with someone who was not there sparking a call to the police and a five-week stay. But she’s better now. She’s ready to return home into the arms of her fiancée Grant (Ryan Vincent). Love becomes the driving force of her wellbeing, the reason to wake each morning and remember the pills prescribed by new psychiatrist Dr. Bowman (Adewale Akinnuoye-Agbaje).

As anyone who has ever known someone with schizophrenia is aware, this last part is the most difficult. The moment you start feeling better — healthy and whole — is the moment you start to believe you’re cured. This devastating catch-22 so many face makes it so the medication that makes you better tricks you into thinking you are better. The brain forgets its very explicit correlation to have you thinking you don’t need the medication anymore. And as soon as you stop, the potential for voices and hallucinations begins once more. For Elizabeth this means invisible raccoons to pet and a volatile figure known as Tim (Christopher Ashman). He’s the voice that tells her death is the answer. If she truly loves Grant, she’ll let him grieve and move on.

Despite obvious budgetary limitations, Sabella and company does a great job depicting these very real issues. He shows how mental illness affects those around the afflicted with Grant always on his toes, always on-hand for support, and always at risk of his patience losing its continuous war against the unavoidable frustration bubbling beneath. We see the older generation’s unfounded vitriol stemming from fear and insecurity with Elizabeth’s mother Carol (Kathleen Quinlan) and her deep-seeded anger, confusion, and denial. And of course there’s Elizabeth herself constantly fighting personal demons she cannot escape. With the help of the soft spoken Dr. Bowman she can learn to manage the noise. But as the bad hallucinations go, so too does the good. Erasing Tim erases her furry friends and their calming effect.

There’s also more than meets the eye with Elizabeth Blue. And while I have a spoiler-filled issue with the execution of one specific revelation, the subsequent emotions never feel as forced or manipulative as the construct giving birth to them. Bolstered by a very good soundtrack — Nina Simone’s “Feeling Good” must be royalty-free considering the ubiquity of its use these days — Sabella takes us on a journey with numerous ups and downs as well as productive and reductive confrontations. Some interactions between Elizabeth and Grant can be difficult considering the way in which he loses his “cool,” but his desperation comes through despite his actions. Her blow-up with Tim is heartbreaking and the inevitable verbal sparring session with Mom proves cathartic and authentic in its harsh honesty.

It can be a grueling experience considering the heavy subject matter, but there’s enough optimism to stave off boredom. Every setback is followed by a moment of hopeful recovery set to hand-written interstitials of Elizabeth’s wedding to-do list. There’s a lot to be said about a psychiatrist who listens and provides a safe space with which to embrace the regimen prescribed beyond feeling as though you’re a piece of meat with a co-pay. There’s even more with finding the courage to speak your mind openly about the fault of others despite the voice in your head perpetually blaming you for everything that’s ever gone wrong. Because Sabella experienced what his character goes through, nothing comes across as mere Hollywood cliché. The tragic events portrayed regrettably happen every day.