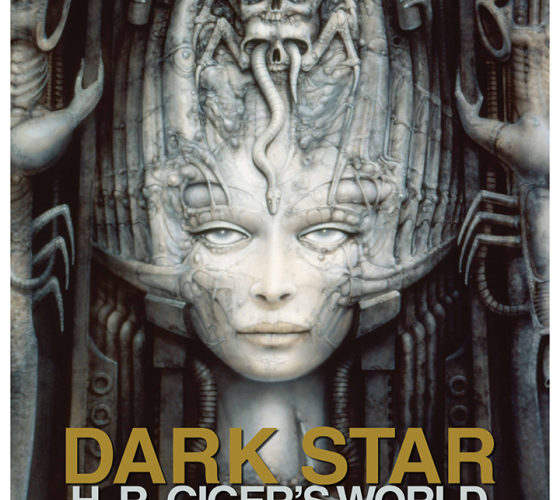 “This is the oldest skull I have,” says Hans Rudolph “Hansruedi” Giger, displaying his macabre prize as the Oscar he won for Alien sits off-camera, collecting dust on a shelf. The old bone is but one of countless possessions – some valued, some forgotten – surrounding the surrealist artist and designer in his Zurich, Switzerland residence, wherein over five decades of his work, including sketches, paintings, sculptures and other items, are stored. The space serves as the main setting for Dark Star, a look at a visionary whose nightmares spread across the pop culture landscape, influencing everything from high art to film to album covers.

The documentary from filmmaker Belinda Sallin chronicles her late subject’s final years as he and his devoted group of loved ones, peers, and employees prepare for the opening of the H.R. Giger Museum in Gruyères, Switzerland. A combination of archival footage and interviews illustrate how Giger viewed art as a means to confront his fears of death and the unknown, imbuing his pieces with a quality that fascinates fans to this day. The film also grants a rare glimpse at the personal life of a reclusive figure whose signature black outfits, blonde bob haircut, and nasally European accent gained him a reputation as a truly disturbed individual.

Sallin plays on Giger’s spooky persona to great effect – the camera approaches his unassuming, modest home, where the door opens, seemingly on its own, to reveal two creepy, otherworldly portraits waiting on the other side. The horror show stops here, however, as the film redirects its focus from the creation to the creator, an elderly man shown shuffling from room to room, mindlessly sketching and cooing at his pet, Muggi, a handsome Siamese who rivals Kingdom of Dreams and Madness feline, Ushiko for the title of Cutest Cat in a Documentary Film. Gnome-like and soft-spoken, it’s difficult to connect Giger with his striking, hyper-sexual imagery, especially when he’s seated among his delightful reconfigured family, which consists of his wife and curator, Carmen Maria, his vibrant mother-in-law, and his assistant Tom Gabriel Fischer, a known death metal musician.

While Giger does reflect on the experiences that shaped him – the most notable being the suicide of his longtime girlfriend and muse, Li Tobler – the interactions with his close friends and family remain far more intimate and candid. When Carmen asks about the inspiration behind one particular oil painting, he answers “You can say it was the result of an LSD trip,” and the exchange becomes one of many small moments in a film packed with sometimes enlightening, sometimes entertaining bits. As a result, the juxtaposition of old movies portraying Giger as a lone, brooding enigma compared with Sallin’s footage indicates a man at peace with his life and work. The portrait is a refreshing take on an icon dwarfed by his legacy both literally and figuratively (a shrunken Giger is shown multiple times overshadowed by his larger-than-life works),

When, toward the end of the film, Giger declares, “I’m happy with what I’ve done,” there’s no doubt that he means it. That he died not long after production wrapped adds a surprising emotional weight to Dark Star, making it a dignified tribute to a very provocative figure.