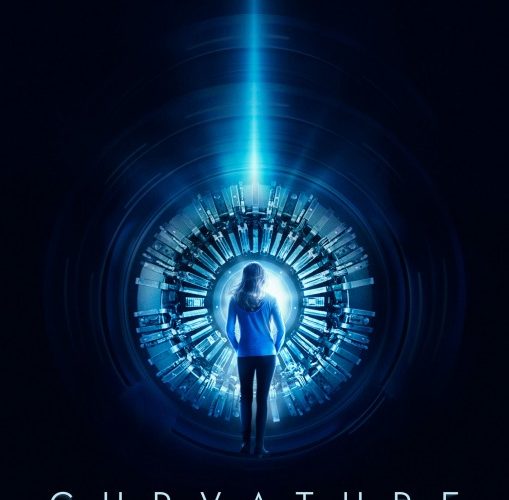 It’s been a week of grief and mourning for Helen (Lyndsy Fonseca) after finding her husband Wells (Noah Bean) dead by suicide at their secluded cabin. She’s dealing with his absence like anyone would by closing off spaces they shared together in hopes of avoiding too many easy triggers for memories that only bring sadness. Work should distract her during the day and Wells’ business partner Tomas (Glenn Morshower) continuing their secretive scientific research should honor his legacy. This doesn’t mean she’ll forget him, forgive him, or stop blaming herself for missing the signs of his pain, but they say life will eventually go on. What they don’t say, however, is that you just might awaken one morning with no recollection of multiple days since you fell asleep.

They don’t because that doesn’t happen in the real world — at least not without the help of some heavy drugs. In an environment like the one set-up by writer Brian DeLeeuw and director Diego Hallivis, however, it’s just on the right side of being plausible. The reason stems from Wells and Tomas’ work: namely the theoretical and practical discovery of time travel. Helen remembers the mild amnesia her husband experienced during their experimentations with a prototype that put their math to task and her access to Tomas means she could have somehow used it herself. This hypothetical would explain her memory loss and her own familiar voice on the phone assisting in her escape from a stranger knocking at the door (Alex Lanipekun’s Kraviz). But why would she?

This is the mystery at the center of Curvature. Her husband is still dead, so she didn’t use it in order to save him — if she could. Her coworker and best friend Alex (Zach Avery) hasn’t heard from her since the Friday afternoon that capped her first week back on the job, so she didn’t tell anyone what she was planning either. Maybe she used Wells’ research to build her own device in the old university lab her former professor (Linda Hamilton’s Florence) lets her use, or maybe there’s more than meets the eye behind the scenes considering Kraviz is looking for her at Tomas’ bidding. The one constant is that everyone appears to want to help her. They want to ensure she’s safe and not going crazy.

And maybe that’s the most believable explanation for everything. Maybe it’s all in her head — the grief simply became too much to bear, the past seven days on the couch in her living room erased. But the chance that it’s real is too tantalizing a concept to simply ignore. So Alex agrees to help her discover what is happening and in the process finds himself embroiled in whatever insanity surrounds her whether with reason or not. Because even if this time machine does work, it doesn’t mean Tomas and Kraviz are against her. Paranoia is a slippery slope and delusion isn’t far behind. Everything is therefore real and not simultaneously as Helen moves forward. If a causal loop paradox has commenced, everything is both possible and guaranteed.

These are the concepts being used to ratchet our intrigue levels beyond capacity to see whether or not Helen is on the level and/or able to accomplish whatever she’s been tasked to do. But while we can see them and appreciate them, I can’t say the film does a perfect job setting them up to be authentically drawn or suspenseful. For example: without an expository history between Helen and Alex to set-up their friendship, it’s difficult not to assume his interest is romantic. We learn details later that prove he isn’t, but by that time I was already finding their team-up off-putting. The lingering thought that DeLeeuw might have actually written a romance subplot mere weeks after the main character’s husband killed himself was tough to ignore.

That’s the problem with tropes: their history possesses impact. When eighty percent of films putting a man and woman together to solve a problem like this are either already in love or moving towards it thanks to proximity, we instinctively presume that’s the direction we’re headed. It’s a shame because their shared memories are crucial to solving the problem at-hand. Maybe a platonic dynamic could have been cemented if Alex initially tried to comfort Helen by mentioning how she comforted him in similar circumstances years previously instead of divulging that information two-thirds of the way through the runtime. The same goes with Kraviz. If there was an early flashback to him always being Tomas’ right-hand, we wouldn’t instantly think he was recently hired for yet-unknown villainous reasons.

Some of this confusion is intentional, though. Hallivis relies on certain events possessing double meaning because it keeps his viewers on their toes as far as where the truth lies. This effect would feel welcomingly disorientating with more shoring up script-wise rather than the unplanned means to open the plot to scrutiny it does now. Luckily you can see past the budgetary constraints and imperfect performances to know which uncertainties have been developed and which are unfortunate byproducts of them. Once you recognize the difference you can begin appreciating the intricacies of its drama and the direction it’s heading. Because even though some surprises are easy to guess, others are not; every time you think you have everything figured out, Hallivis and DeLeeuw deliver one more satisfying revelation.

So in the end, Curvature is entertaining. It feels just familiar enough thematically to orient us within its science fiction conceit (shades of Primer‘s causal loop abound if in a much more rudimentary way) and its conspiracy theory action (Helen is ultimately working towards at least one of either revenge, redemption, or clarity) to not require too much heavy lifting. It can be a bit too pandering at times when things that read visually and emotionally are also explained verbally, but I don’t think these moments ruin the effectiveness of the over-arching narrative propulsion. The central journey works quite well in motive and deception to hold our interest as far as discovering where it will all lead. From start to finish that trajectory kept me hooked.