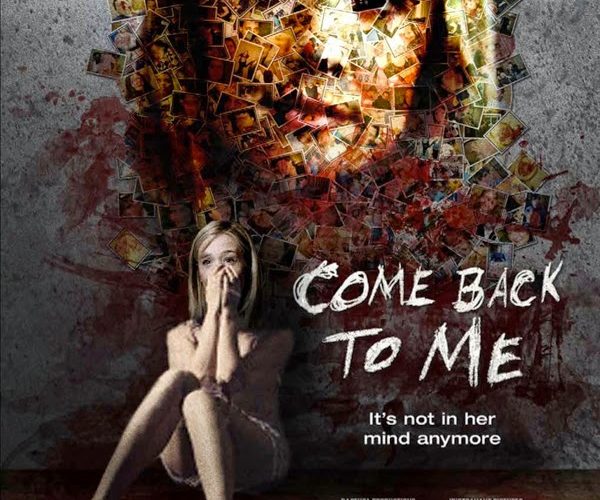 [Review] Come Back to Me

The strangest thing about Come Back to Me is once all the clues are revealed in an improbable bit of exposition, the ideas behind the film could spawn a strange crime franchise, even a mini-series. The framing is all wrong and perhaps that’s the fault of its source material, the novel The Resurrectionist by Wrath James White (that alone should clue you into what you might expect out of the film).

Opening in full shaky-cam mode in Reno in 2002 we witness the brutal murder of a women at the hands of her husband as she’s discovered by her teen son. The police are called, they run into the house guns drawn and then comes that all-to-familiar fade to black. Jumping ahead to a present-day middle-class Las Vegas suburb we’re introduced to an attractive young couple Josh (Matt Pressmore), a casino croupier, and Sarah (Katie Walder), a UNLV PhD candidate in psychology. They greet their new neighbor, Dale (Nathan Keyes), a supermarket bag boy who must have gotten a great deal on a foreclosure property. A shy Dale, of course, seems a bit off and he takes an interest in Sarah, helping her with her bags and so forth.

Sarah spends her days held up working on her dissertation about the effects of pornography on society and the family unit. Her conclusion it painfully simplistic; it’s destructive as the “empirical research” indicates she narrates into her iPhone. Her research, it appears — and, granted, academic research even on a topic as sexy as pornography is difficult to do — is to watch it instead of conduct this kind of empirical research for herself. Then again, this is too minor. Here’s a film that would prefer to explore Sarah’s night terrors for slick effect rather than construct an effective psychological character study.

First-time feature writer-director Paul Leyden occasionally slows the horror down for dramatic scenes as Sarah confides in her recently divorced and pregnant best friend Leslie (Laura Gordon) about Josh’s futility problems. (Josh also has a work buddy he confides in.) Once the clues are revealed, we might find some sympathy with the villain had Leyden stayed away from old tropes and focused on genuine character development.

A bit like Honeymoon, a psychological horror film that had some festival play earlier this year (and will soon see a release) that resolves around a strained allegory for motherhood and young marriage, Come Back to Me teases us with a few soap opera ideas about motherhood before reverting back to playing horror notes. Here’s a film that’s so predictable as the scares and reveals come right on time that it almost feels like a parody of the genre, right down to our “villain” screaming out the title of the film. Come Back to Me falters along the way and at its lowest points it’s downright silly.

Come Back to Me opens in limited release and VOD today.