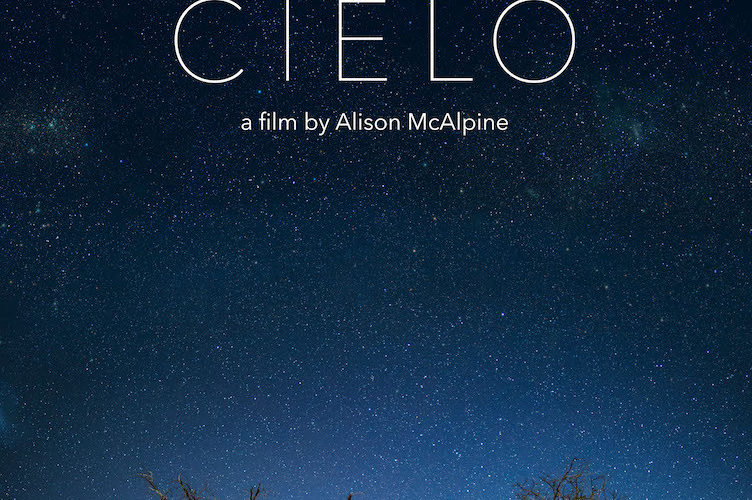 Review: ‘Cielo’ is an Eye-Popping But Inert Look at the Chilean Night Sky

Despite opening atop Chile’s Las Campanas Observatory, Cielo is not strictly a scientific documentary, or even a film about astronomy. It does not purport to contain answers to our deepest questions about what lies far beyond the stars in the night sky. Instead, it’s a film that looks in wide-eyed awe at the vastness of the universe as seen from the vantage point of northern Chile’s Atacama Desert, a place where the view of the night sky is almost unnaturally beautiful and the landscape looks more like Mars than of our own planet. It’s that painfully earnest sense of awe that keeps the film from breaking beyond the realm where IMAX movies have gone before. Individual images are truly a sight to behold, but the film never comes together to form anything cohesive in the end, beyond an eye-popping look at the Chilean night sky.

Gorgeously photographed by cinematographer Benjamín Echazarreta and narrated by director Alison McAlpine, Cielo feels like more of a filmmaker’s personal journey (though she never appears on-screen) through that alien landscape than a traditional documentary portrait of people and places. While we encounter various different faces, McAlpine’s journey, as conveyed through voiceover, remains the principal driving force.

It’s a testament to those dazzling night sky shots that when the film concludes with McAlpine’s voiceover summation, her words still impact with a sense of child-like wonder at the mysteries of the universe. The contrast of imagery and voiceover makes for a nice enough marriage to function as a satisfactory in-the-moment conclusion of sorts to the narrative. However, to refer to Cielo as a narrative at all would be an overstatement. Drifting like sand down the side of a dune, the film unfurls at a meditative, dream-like pace, introducing us to new faces and voices every few minutes with little fanfare or context.

Indeed, McAlpine’s arresting voice becomes a recurring touch from off-camera, probing her subjects. When the filmmaker’s disembodied voice leaps into the narrative from behind the lens, it’s reminiscent of Werner Herzog’s unmistakable voice questioning his documentary subjects from beyond his tripod. One gets the impression McAlpine is aiming for something in the vein of Herzog’s Fata Morgana, a documentary which captures real images of mirages, photographed in the Sahara and Sahel deserts. While Herzog’s wildly stylized documentary also captures a portrait of the denizens of desert communities, Fata Morgana achieves a driving tone of danger and unease, fueling a strongly resonant narrative momentum which Cielo lacks.

At one point, McAlpine asks a room of scientists about to toast before a meal, “What is your true connection to the sky?” They laugh and joke, evading her question. In the end, the film itself boldly asks towering questions which border on rhetorical. The scientists struggle to answer because what sincere, thoughtful answer could they possibly offer without days, if not weeks, of deep self-reflection?

“Is the universe truly endless? If so, how does that work? If it does have an end, what does that look like?” We nod in our seats: Agreed, these are good questions. But the film is less interested in science than in creating a feeling of poetic wonder. It’s a film that fails to ask why or how because it’s so busy simply gasping wow. It is this charmingly casual sense of curiosity which lends the film an air of flimsiness. Without a doubt, Cielo is a slight film in more ways than one, its running time less than 80 minutes, briskly paced to a point of frustration. The film introduces us to a planet called Wasp 10, even teasing us with amazing images, but never returns to it, as if to say, “Pretty amazing, right? Anyway, back to more time-lapse footage.”

There’s even an oddly tone-deaf moment of juxtaposition, where an astrophysicist employs a metaphor, comparing humans looking up at the stars to ants looking up at humans. This sequence is followed by the introduction of two algae collectors living in squalor on the edge of the desert who struggle to articulate the basic laws of gravity. What the filmmaker is attempting to say by placing these two sequences back to back is unclear at best. Perhaps if the characters were more contextualized, these sections wouldn’t seem so out of place. What could feel lightly comedic (when a wife patiently explains to her husband that gravity is caused by mass, not the planet’s rotation) lands with a regrettable tinge of smugness.

Again and again, the film lingers on these stunning night sky time-lapse shots, which may offer a psychedelic effect in a certain state of mind, one after the other, evoking memories of 2001: A Space Odyssey’s Stargate sequence. Cielo’s strength lies in these sequences, as close an approximation to what it’s like to see the view without actually visiting the Atacama Desert. While these individual images are indeed powerful, the surrounding film lacks thematic depth and narrative substance, rendering it inert and rather forgettable.