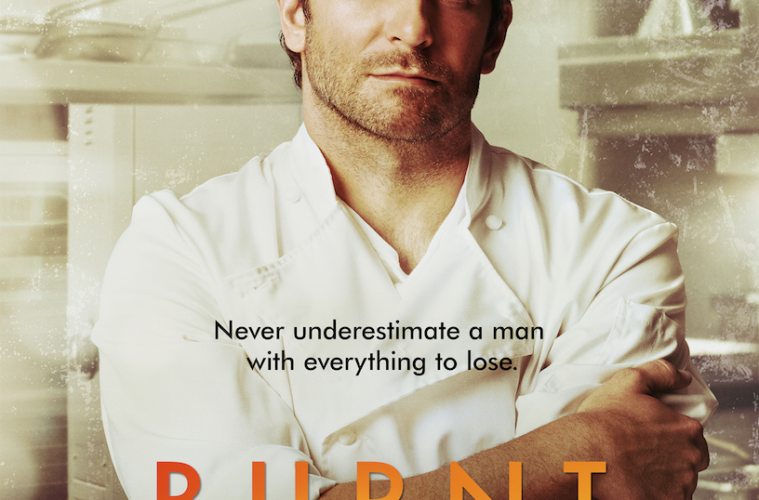 A perfect dish sets itself apart with intricacies only attested by its creator, after toiling in the kitchen iteration after iteration until reaching a culinary paragon. Despite the amount of delectably photographed dishes, the drama in Burnt unfortunately feels undercooked and watered down. The latest film from director John Wells is no doubt a more free-spirited and entertaining offering than his previous, August: Osage County, but the lingering sense of a darker drama often clashes with its upbeat tone.

We meet Adam Jones (Bradley Cooper, back in Kitchen Confidential mode) on the upswing, recovering after years of drug abuse that defined much of his early career as one of the world’s top chefs or, as one apprentice refers to him: almost the Yoda of cooking. His self-admistered culinary penance finds him living in New Orleans where he’s doing the relatively lowly task of shucking oysters. After reaching his own quota of one million, he begins his rebound tour in London where he aims to open a new kitchen and earn the rare achievement of three Michelin stars, the highest honor in the culinary field.

Broke and homeless, but with a determined arrogance, he eventually convinces Tony (Daniel Brühl) — maitre d’ of a successful, but lackluster establishment and one of the many relationships Jones shattered after leaving with no contact — that his restaurant has no chance of improving without his help. So, the chef wrangles a team together, including potential love interest Helene (Sienna Miller) and Michel (Omar Sy), whose career took a nosedive when Jones decided to fill his Paris restaurant with rats before getting an inspection.

Indeed, Jones was considered contemptible by virtually everyone he knew as just about all of the first act hammers home. In an entirely needless subplot, his demons come back to haunt him as the drug dealers didn’t forget his tab. More compelling is Jones’ strive for perfection in the kitchen. Wells’ direction is less stagnant than his previous films, opting mostly for a handheld approach with cinematographer Adriano Goldman to bring us closer to the impassioned rage that fuels Jones in each new day at his restaurant.

In one of the few scenes of genuine tension, we witness Jones tearing into each member of his cooking staff as the camera weaves in and out of their tasks. While never sincerely getting a taste for how these many complex dishes are created — the process is often relegated to breezy montages that even Guy Fieri would be disappointed by — this sequence does capture the kind of chaotic teamwork necessary to run one of the city’s top restaurants.

The fatal flaw of Burnt is the lack of dramatic investment in Jones’ character, and specifically his arc. He’s already been near the top of his game and, yes, lost it all, but his path to redemption seems all too undemanding. In no time, his restaurant is one of London’s hotspots and the only remaining suspense has to do if this well-off, still partially loathsome, and ultimately bland character will be rewarded. Jiro Dreams of Sushi, this is not.

The script by Steven Knight, returning to the cuisine-flavored drama after last year’s The Hundred-Foot Journey, attempts to flesh out Jones’ life with a number of one-note characters. The mesmerizing Alicia Vikander is utterly wasted in two brief scenes as his former fling, while Emma Thompson as Jones’ therapist and Uma Thurman‘s utterly thankless critic character have virtually no agency, with the latter only there to help boost Jones’ ego, something which needs no assistance.

Miller, who often steals the show as the take-charge assistant to Jones, is the only supporting role with some weight and she’s given a bit more to do than American Sniper, her last collaboration with Cooper. Knight loosely attempts to examine her home life, ultimately giving way to a predictable, but effective emotional breakthrough for Jones. One ultimately wishes the story was from her point-of-view with Cooper’s off-putting character left in the background.

Despite the low stakes and bloated subplots, Burnt is the kind of middle-of-the-road offering that occasionally delights with some enjoyable banter and pleasing photography. Yet, missing the lively, no-frills charm of Chef and the emotional weight of Babbette’s Feast, the film’s desire to have it both ways ultimately leaves each side coming up short. If only it took advice from its lead character and dared to take a few more risks.