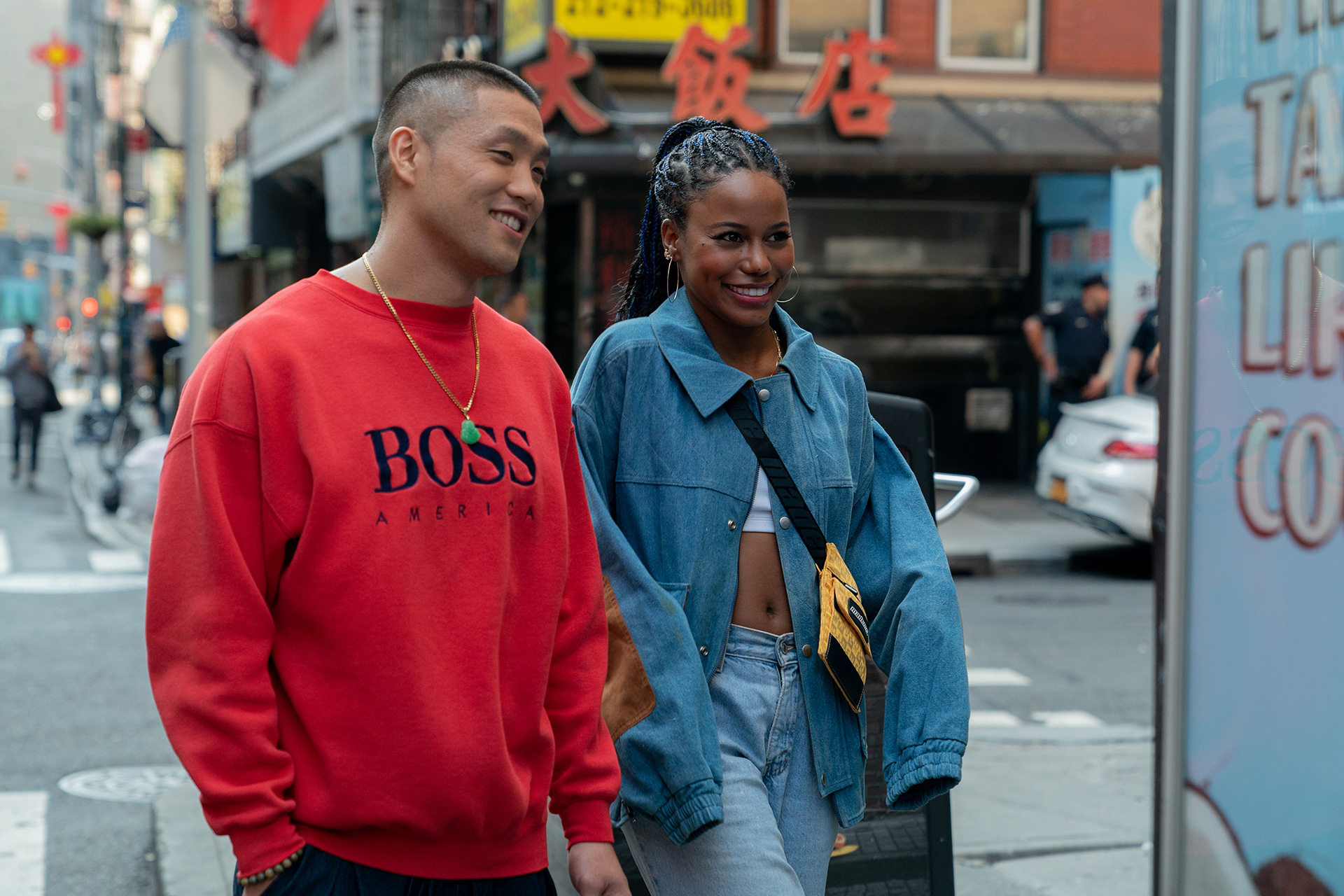 As writer/director Eddie Huang’s fortune teller states, when a dragon and a dog come together, they create a snake. That’s what Alfred ‘Boogie’ Chin (Taylor Takahashi) is: temperamental like his father (Perry Yung), culturally respectful like his mother (Pamelyn Chee), and intuitive enough to realize he’s been trapped between them without a voice of his own. Both parents see him as the answer to their financial woes, but Mr. Chin plays the long game while Mrs. Chin seeks a quick payday. Neither negates Boogie’s own dream of playing in the NBA, but they do alter the journey by causing psychologically crippling strife. Because the more they grab hold of his present to pull him towards their potential futures, the more it all starts feeling pointlessly self-destructive to him.

That’s where the intrigue lies within Huang’s debut feature Boogie (the restauranteur pivoting to film after stewarding Fresh Off the Boat through six seasons). Will Boogie’s folks find common ground? Will they become ruthlessly shortsighted and sabotage each other’s plans and therefore their son’s life in the process? Will they even let Alfred—a teenager, after all—tell them what he thinks? It’s clear from the opening scene that their own lives and dreams are just as important to them, so the answers are obviously no, yes, and no respectively. His trajectory affects their trio equally via an old school immigrant mindset wherein the parents sacrifice starting over in a new country for their kids so they can return the favor by contributing towards the family’s communal prosperity.

And Boogie feels that pressure in his bones. He knows transferring to City Prep to face-off against Brooklyn’s top-ranked college prospect (the late Bashar ‘Pop Smoke’ Jackson’s Monk) is as much about proving himself as it is paying the overdue bills his mother opens each week just to ignore yet again. He knows that he needs to respect the people helping him on that mission (Jorge Lendeborg Jr. as his best friend and teammate Richie as well as Domenick Lombardozzi as their coach), but it’s tough to open himself up to their needs when his own have been put on this life-or-death pedestal. Where’s the fun? Where’s the ability to be a teenager questioning his options? As Catcher in the Rye teaches him, Boogie isn’t afforded Holden’s privilege.

It’s little things like that excoriation of J.D. Salinger’s high school favorite (which has his AP English teacher applauding) that make Boogie a compelling narrative outside of the rather generic underdog sports drama Huang is constantly letting bog down his socially relevant, human interest script. Whenever Alfred is allowed the room to speak his mind and air his grievances is when I found myself leaning closer to the screen with earned engagement as far as why this iteration matters above the rest. It helps too when his love interest (Taylour Paige’s Eleanor) is written with more complexity than simple fodder for a jealousy-induced faux love triangle (she’s also that) by providing a safe space for introspection the adults can’t. Only she can remind him he’s not alone.

There’s a necessary culture clash to their relationship too that can’t be undersold—a scene where Boogie talks about carrying the weight of his ancestors on his shoulders only to hear Eleanor remind him that slavery ripped hers away is poignant if also a bit on-the-nose. The same can be said about the inclusion of “Uncle” Mevlin (Mike Moh) as an agent Mrs. Chin hires to get her son’s collegiate hopes back on track. His American doesn’t speak Chinese like them. He speaks money and will do whatever he can to put more in his own pockets while causing discomfort by being physically affectionate to the woman who brought him on-board. Huang hinges so much on these cultural disparities because he knows how they can tear you apart.

He refuses to give easy answers to Boogie’s predicament as a result. Whether this kid chooses America or China as the next step in his burgeoning career, something will be lost. He must therefore ask himself, “What’s to be gained?” Because he’s neither a dragon nor a dog, his snake has the power to act in a way that allows him to wrest back control in his own life. So suddenly that pending match against Monk is about proving one more thing: that he can earn his parents’ belief. That he can show he’s learned enough from both to neither repeat their mistakes nor ignore their ambition. It’s just unfortunate that having Boogie do so before said game ensures its continued inclusion as the dramatic centerpiece feels anti-climactic.

I actually liked that this “big game” became an afterthought because it proved that Huang realized his film was about so much more than one win or loss. So the fact we still find it pretending to hold such profound meaning in the aftermath of actually profound revelations is a bit of a let-down. It’s still crucial to settling the argument about whether Boogie has what it takes to be a team player, but his decisions off-court kind of already did that without the overt fanfare of a cheering crowd and last second buzzer-beaters. The filmmakers seem to realize this discrepancy enough to pare the sequence down, but their insistence that it’s still critical to the character’s growth renders that brevity counterintuitive. We’re subsequently left underwhelmed.

Luckily the familial and personal stuff has the strength to stick in our heads when the battle on the court fades because the work the actors put in is effective. Yung and Chee as the domineeringly abusive yet caring parents ensure that we understand Boogie is contending with much more than mere college aspirations while Takahashi (who met Huang after joining his recreational basketball team and eventually became his personal assistant before landing the role) and Paige remind us that it’s okay to step out from our parents’ shadows to become the people we want. Add them to a screenplay that vacillates between authentically resonate and simplistically cliché and you get an imperfect yet entertaining debut from an artist possessed with vital non-white insight Hollywood still sorely lacks.