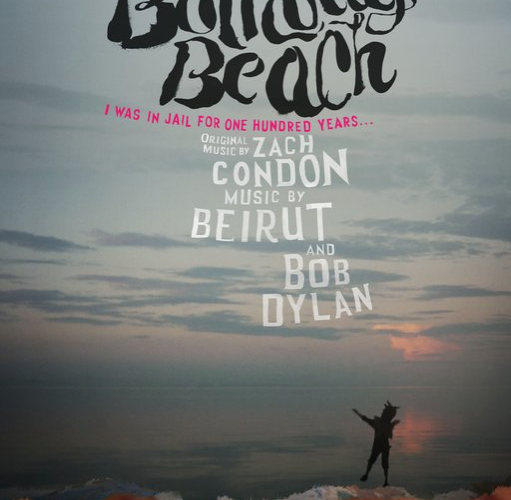 While scouting locations for her next shoot, photographer turned music-videomaker Alma Har’el was inspired to create a film, documenting the curious community she discovered within Bombay Beach. Once a tourist destination flush with cash and visitors, the Salton Seaside town is now poverty-stricken, a mere shadow of its former glory. Its residents live on the fringe of society, largely forgotten by an America that hurtled onward and away from Bombay Beach. Here among the trailers, drifters, and dust, Har’el focuses on three subjects (a young boy with behavioral problems named Benny Parrish, a cigarette-selling octegarian called Red, and high school football star CeeJay) to display a forgotten corner of America.

The film splinters to follow these unconnected journeys. For Benny, that means tracing his troubles at school and his family’s struggle to figure out the best mix of medication to keep him from lashing out at his classmates. Thankfully this expands to include moments with his parents and siblings that are intriguing and poignant. Next, Red’s story focuses on his attempts to remain self-sufficient as his aging body begins to give way. A wizened old-timer with an unrepentant penchant for cigarettes, bourbon and backyard philosophizing, Red spits out a number of thought-provoking sound bites before he is crippled by a stroke. Lastly, CeeJay details that he moved from Los Angeles to escape the gangbanger culture that killed his cousin. Here in Bombay Beach there is little to do besides focus on football with the aims of college and a dream of NFL stardom…well, that and flirt with his best friend’s sister.

Each premise is promising, but Har’el seems to share Benny’s short attention span, jumping from one subject to the next with little sense of flow and even less follow through. The pacing is staggered and chaotic, giving the film a lack of cohesion. Still, her prowess for music videos is put to use in several staged sequences that revel in an established mood or emotion with gritty yet graceful cinematography punctuated by pitch perfect tracks by Bob Dylan and Beirut. These scenes of waltzing senior citizens, children at play, and masked teens in a haunting dance, give the film a place to breathe and prove captivating and cathartic. Sometimes Har’el even manages to find moments of true grace within her documentation of the day-to-day lives of these Bombay Beach residents. A particular standout occurs when Benny’s mother has a heart-to-heart with her adolescent daughter, prompted by the girl’s question: where do babies come from? Mrs. Parrish delivers a frank but gentle explanation, along with the admittance that sex can result in unintended pregnancy. Without dramatics, she confesses to her daughter that she got pregnant with her at 15, and so never completed high school. She doesn’t sugarcoat the difficulty of being a teen mom, and urges the girl to be more careful than she was while assuring her she is loved. It’s a complicated and sincere mother-daughter moment so private and moving that it feels like an honor to witness it. However with her focus ever-shifting, the portraits Har’el paints are often unbalanced, drawing attention to her own status as an outsider looking in. The result is an art-driven doc that is as cluttered as it is compelling.