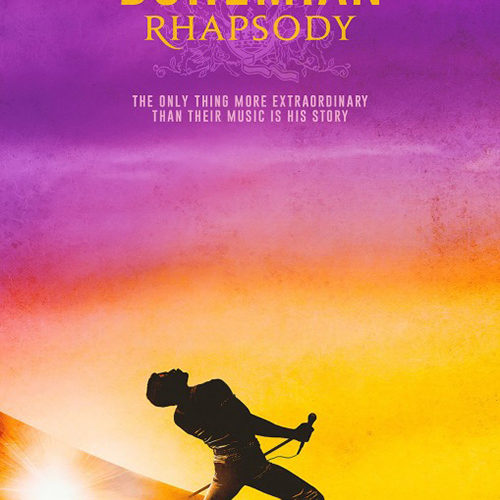 Review: ‘Bohemian Rhapsody’ is a Disgrace to Freddie Mercury, Queen, and the Musician Biopic

A cursory glance at the production history of Bohemian Rhapsody, the long in-development biopic of Queen frontman Freddie Mercury, would almost be enough to fill you with a steadfast conviction that the resulting picture, now finally in theaters after eight beleaguered years, was, from the very start, destined to fail. It began as an idea borne from two of Queen’s surviving members — guitarist Brian May and drummer Roger Taylor, living relics of a bygone era in rock music who have proven shamelessly enterprising in a way that seems the stock-in-trade of once-popular classic-rock acts who refuse to lay down the axe far past their prime. Peter Morgan, a veteran British scribe known for his successful English dramas and a handful of boilerplate biopics, came aboard to write the script. This is a seemingly incongruous pick for a portrait of Mercury, in many ways the antithesis of a prototypical Morgan character and, with Queen, the man responsible for A Night at the Opera, an album that takes aim at proper, high-aristocratic society — Morgan’s habitual domain — by bringing all of its latent queer caginess to the fore. The first sign of promise arrived with the casting of Sacha Baron Cohen in the role of Mercury. Who better to take on the role of one of the most flamboyant and theatrical performers in modern music history than Cohen, who not only bears enough passing resemblance to pull off the look but has proven himself one of the most gifted and versatile comedic actors in recent memory? It was all too short-lived. Cohen left in 2013, citing (go figure) creative differences: his adult-oriented portrayal of Mercury and the Queen story contrasted with Queen band members themselves, who envisioned a more family-oriented film. A band preferring a more generic, widely accessible version of their own story would normally come as something of a surprise, but again: May and Taylor are two classic rockers who, like too many others of their musical ilk, relentlessly do their damndest to keep the brand alive, no matter the cost to their former dignity.

Its death knell rang with the hiring of Bryan Singer, a director who might be politely described as problematic — not because his biggest claim to fame has been spearheading Fox’s X-Men franchise, thus helping shape the televisual style that has become the chief export of similar studio products, but because he is widely known for numerous accounts of sexual assault against male minors. His firing well into production was an occasion to celebrate, insofar as it served as a corrective to something that should never have been in the first place. But at this point in time, 2017, 20th Century Fox and New Regency had Bohemian Rhapsody on the fast track for completion, and what was left unfinished by Singer’s departure was given to Dexter Fletcher, an actor and director of lighthearted romantic comedies, as though it was nothing more than a matter of getting people in costume, slapping on makeup, setting up the camera, and shooting the damn thing.

Often, that is what Bohemian Rhapsody feels like: a work made and financed by people who need to get the job done. It is difficult to watch this and imagine that anyone involved in its making — save for Rami Malek, playing the lead role, who carries what little of an actual picture is there — honestly considers themselves a fan of Queen’s music. The film so lazily sets up and knocks down all of the factory-issue pins in the biopic template that it, at times, feels as though any ’70s classic-rock outfit could be inserted herein and nothing much would change outside the wigs, the musical numbers, and, of course, Malek’s Mercury-imitating prosthetic teeth.

Malek deserves credit for this admirable job inhabiting a personality and stage presence that was as singular as Mercury’s. It is in the performance sequences — particularly Queen’s turn at Live AID in 1985, which serves as the third-act set piece — that Bohemian Rhapsody is most thoroughly enjoyable, due largely to his palpable commitment to pulling off the physicality of Mercury’s one-of-a-kind stage presence. But particularly in something that is as uninspired and aimless behind the camera as this proves to be, there comes a point early on, during a scene wherein we’re given a clumsy portrayal of how the track “Bohemian Rhapsody” came together in the studio, that the only thing worth considering is the obvious cheapness of its production and the fact that who we are seeing on screen is very obviously not Freddie Mercury but rather an actor in a wig pretending to play the piano and lip-syncing Queen songs. In that way, Bohemian Rhapsody works as an effective lesson in the limits of the biopic genre. Good biopics (see Todd Haynes’ contributions to the genre) seem to be built upon the understanding that, at day’s end, capturing someone’s lived embodiment means putting someone in a wig and having them pretend — they’re always to some extent cheap and always not enough. A truly effective biopic strives for what it can capture: the essence of a time as it was able to produce a particular character and his/her/their lived reality. You can’t actually bring the person back, but you can show the cultural forces that formed them and will deepen our understanding of who the person really was.

Leading to what strikes me as the most pressing question: who is Bohemian Rhapsody really for? Freddie Mercury was a gay man who died of AIDS at the height of an international AIDS crisis. That reality hardly exists in the film, which presents little more than intimations of the fact that Mercury was a gay man — the bulk that considers Mercury’s intimate life focuses on the lifelong relationship he held with Mary Austin, with whom relations were briefly romantic until 1976 when he came out to her in private — and does nothing to engage with the lived reality of the disease that took his life. Surely, in the wake of his death at 45, from AIDS-related bronchial pneumonia — only a day after he made his illness public — how living in a culture that refused to acknowledge the reality of the disease wiping out massive numbers of gay men is one of the most worthwhile questions a biopic of his life could address. But then again, at least for most of the time, it is Singer — a man facing a laundry list of sexual-assault allegations with which he has yet to truly reckon — behind the camera, so the seemingly underhanded disavowal (or, if not disavowal, sheepish recognition) of Mercury’s life as a gay man seems an uncomfortably fitting approach for him to take. In the end, as it appeared all along, the story of Mercury and Queen’s meteoric rise is nothing more than a matter of reproducing all the platinum radio singles with which we are all familiar, a sad disservice to a band and a man that, behind the ubiquity of their biggest successes, were among the most unconventional and daring of their kind.